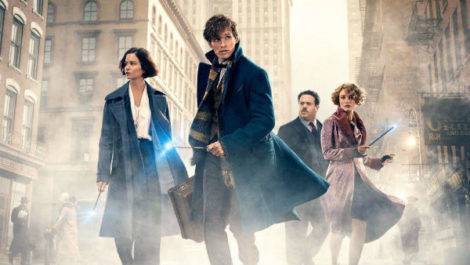 Warning: contains minor spoilers for Fantastic Beasts and Where to Find Them.

While watching the latest entry in the Potterverse, I found myself falling in love with Newt Scamander. This doesn’t normally happen. I’m pretty averse to male protagonists of action movies. They’re often misogynistic, dull, and rather violent. They’re not exactly someone this book-loving cat mom can relate to.

And then came Newt.

I’m someone who values sensitivity and emotional intelligence. All of my friends who identify as male are not stereotypical men. They are sweet, emotionally open, and actively work against toxic masculinity. In Harry Potter, I never found a male character that I admired as much as the lovable female ones. There just weren’t any that measured up to Hermione or Ginny or Tonks. In fact, I found many of them objectionable in their treatment of women.

So, I was overwhelmed when Newt Scamander stole my heart. Besides being just adorable, Newt is sweet and shy and cares more about his magical creatures than anyone else. Every line was endearing, every scene with him heartwarming. The fact that he was the main character in a traditionally male genre left me happily surprised.

Newt’s entire career revolves around taking care of animals. He is devoted to be a caretaker. He even calls himself the mother of these creatures, and he takes pride in his work. Newt has an enormous amount of empathy for these animals that other witches and wizards see as dangerous. Here he already subverts the traditional male tropes. In a common fantasy movie with the same plot, Newt would be fighting the beasts, not loving and caring for them.

In addition, Newt treats the women of the Fantastic Beasts universe well, too. He never ogles Queenie like some other characters, never underestimates the women’s power, and seems to value friendship above romantic relationships. How often do you see that in a major blockbuster film?

Some people have suggested that Newt is on the autism spectrum, due to his mannerisms such as avoiding eye contact or being socially awkward. While this is never outright said, it is heavily coded. He is someone that many autistic people have connected with. It’s a step in the right direction for Rowling, who has yet to include openly disabled characters in her children’s books. It just makes me appreciate Newt’s character all the more.

The main villain of the movie is the Obscurus, a malevolent force created by a suppressed child. While Colin Farrell’s character Graves attempts to use his magic to destroy the Obscurus, Newt tries to talk to it gently and use his emotional intelligence to ease the situation. Finally a role model for young boys tells us the truth: violence is not the answer in so many situations. How many young boys see the heroes of movies shoot, stab, and manipulate their enemies in films? This is what makes Newt so refreshing.

Why should we care about “feminine” role models for boys, you ask?

Well, exuberance of traditionally male traits is what leads to wars. It leads to countless violence. It promotes high suicide rates amongst men. (Many theorists have proposed this. You can find out more here and here.) The more we see nurturing, emotional openness, and kindness as heroic traits in male protagonists, the more toxic masculinity crumbles.

Though Fantastic Beasts has its issues, it did Newt Scamander right. I teared up watching such a caring man be the hero of this story. For now, I hope Rowling and others behind Fantastic Beasts continue to pave the way for representation with the sequel.

I can only hope.