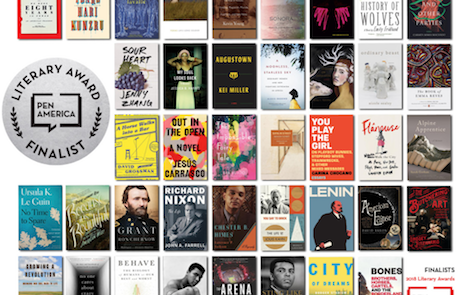 Sponsored by Before I Let Go by Marieke Nijkamp

“The Poet X has a long story. I technically began writing it in 2012, when I was an 8th grade English teacher in Maryland,” Acevedo says in the video. “My students were 90% Latino. And I realized that all these stories I had been telling in class and these poems I had been writing didn’t necessarily end up on their bookshelves.”

A behind-the-scenes look at one of 2018’s most anticipated YA novels.

Warner Brothers – specifically, the Warner Animation Group – has signed a deal with Dr. Seuss Enterprises, giving the studio exclusive rights to produce film and television adaptations of Seuss’s children’s books and characters, according to The Hollywood Reporter.

The studio began its partnership with the Seuss estate when it landed a Green Eggs and Ham television adaptation back in 2015. That series, which is co-executive-produced by Ellen Degernes, will air on Netflix later this year.

More Seuss is coming to TV!