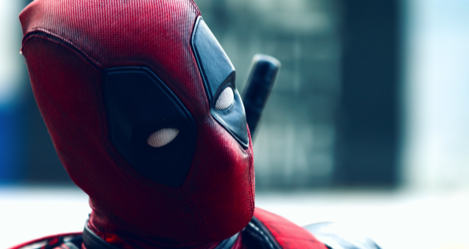 By “Lit” I mean Literature (1). We’re just a few short weeks until San Diego Comic-Con and the height of the summer convention season. That means it’s time to break out the sewing machine, the hot glue, and the Band-Aids to get Instagram Cosplay ready. Sure, you could be one of thirty Daeneri or forty Deadpools (please don’t throw Chimichangas at me) at the Convention. But why not put a Reader’s spin on the whole thing? Or better yet, go as an iconic literary character? Or you can take all that and give it a unique take that will have all the other cosplayers asking for selfies. Here are some book-inspired cosplay ideas to get your cosplay “Lit” in time for the costume contests.

This is by far my personal favorite rising cosplay trend because it is just absolutely beautiful. It was a treat to run through 28 days of Black Cosplay and see a growing contingency of Black cosplayers bring Afrofuturism to life. Black Panther’s success and the cosplays spun from it mean that Afrofuturism is going to be a thing. Since Nnedi Okorafor’s Who Fears Death is set to be made into a big-budget TV series, it may be a good time to get in on the ground floor.

If you don’t feel like dressing as Onyesonwu, you could go as other characters from Okorafor’s works, like Ejii from The Shadow Speaker, or you and a pale friend could go as Binti and a Meduse from the Binti novellas. Or you can pick up any of the World of Wakanda comic books by Roxane Gay or Ta-Nehisi Coates for something more Comic Con traditional.

We’re a couple years off whatever that screen version of Pride and Prejudice and Zombies was, but as streaming is a thing, Costume Dramas never go out of style. Austen’s acerbic wit makes her characters a treat to riff on or Cosplay as. There’s a litany of works to play with—Lady Susan, Mansfield Park, Sense and Sensibility…There’s ways to modernize iconic casts and crossplay. What if all the women in Persuasion were superheroes? Or you could make Emma The Vampire Slayer for a weirdly good parallel crossover, now that I think on it. Or we can keep it sort of traditional and make them all Zombies as an excuse to get fake blood all over that empire-bust thrift store find. Make sure to carry the severed head of Mr. Wickham for good measure.

Cyberpunk with too Many to Name 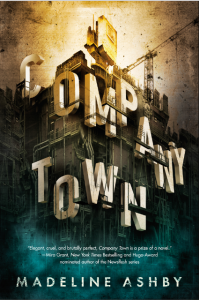 In case you haven’t heard, a little book called Altered Carbon by Richard Morgan was recently made into a pretty good Netflix show. We’ve also seen a resurgence in interest in the genre after Ready Player One made its big screen debut. As a person raised on Neal Stephenson’s Snow Crash who later fell in love with James Tiptree Jr.’s The Girl Who Was Plugged In, I’ve been waiting for this trend to return from behind my goggles and light up keyboard.

We’ve also seen Cyberpunk get renamed or rewired (2) into a bunch of different genres. Futurist, Dystopian, Cyber…Westerns? It’s trippy and wonderful, leading a bunch of new exciting works with different themes. There’s Company Town by Madeline Ashby or loosely Midnight Robber by Nalo Hopkinson. Cyberpunk is all about the triumph of the mind over the body, the ways we can imagine ourselves in new forms that transcend technology. Oh, and swords. Lots of swords.

If you need me, I’ll be working on my YT cosplay and hopelessly burning my fingers in the process. Remember that cosplay is about FUN, remix and remake what you want into something spectacular. Can’t wait to see all of your amazing, Lit cosplays!