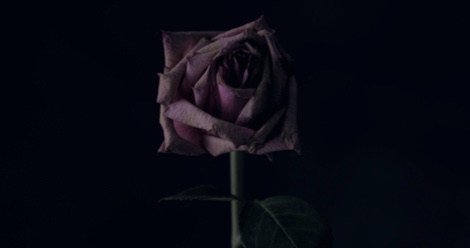 Well, maybe it’s because it’s finally autumn here in the Great Northern Wilderness. Despite a few lingering warm days the leaves have begun to turn and the evenings are darker. Or maybe it’s because I’m absolutely mad for Halloween, and there are far too many days between me and that Stephen King themed haunted house in October. Or maybe it’s entirely possible this all stems from my love of demon-defying, horror couple Ed and Lorraine Warren.

(So cute. So in love. So prone to being demon-stalked.)

But whatever the reason, lately I’m hungry for some romance dipped in spooky, spooky horror. There’s only one problem.

In the romance genre we have a plethora of plots and themes and clever ideas. We have sub-genres inside our genre, and subcategories within our sub-genres. From sports romance to Greek analogue fantasy romance (A Promise of Fire by Amanda Bouchet), you’ll frequently hear people in Romancelandia say that if you want it, we’ve got it, and in spades.

Category ID: 13095
Category ID: 475
Kissing Books Newsletter
Sign up for Kissing Books to receive news, book recommendations, and more for residents of Romancelandia.
Thank you for signing up! Keep an eye on your inbox.
By signing up you agree to our Terms of Service

But it turns out that a genuinely scary, shaking-in-your-boots romance is hard to come by. Which leaves me wondering: Why don’t we have a horror romance sub-genre?

Then, of course, there are the romantic suspense novels, and these include the mildly thrilling, the heart pounding, and everything in between. And though I’ve yet to get to the Karen Rose book in my TBR pile, I have heard that her romantic thrillers are borderline blood chilling. But thrillers, in fiction as in film, only overlap with horror. Thrillers give you that great adrenaline rush, edge-of-your seat feeling of being pressed for time, but good horror should leave you trying to crawl through the back of your seat to get away from the pages of the book you can’t put down.

The romance genre doesn’t have a a horror equivalent yet that can induce that sort of spine-chilling, scared-but-alive joy. There’s a space there for it, probably wedged somewhere between the two aforementioned sub-genres. It just doesn’t exist yet. But I really think it should.

The existence of a horror romance sub-genre is not as far fetched as it might sound. For one thing, horror and romance share a common narrative feature: the optimistic ending. Some horror novels have open, uneasy endings, and others prefer to let the monster win. But many of my favorite horror narratives have been those in which, despite the terror along the way, good triumphs over evil.

If you do a simple google search for “Horror fiction +happy endings” you can spend a whole evening going down the rabbit hole debate as to whether real horror can end happily. Some people are as passionate about horror ending in tragedy as romance readers are about HEAs. But, unlike romance, the horror genre doesn’t have a hard and fast rule about endings. And plenty of horror novels do end optimistically. There will likely be losses and sacrifices along the way, but ultimately: good triumphs over evil.

Just like love triumphs over all in the romance.

What is more, the contrasts of tone and content that make these genres so distinct from one another are, in fact, what make them so compatible. The dark tones and heavier content of horror make an excellent counterpoint to the emotional journey of the romance. We’ve seen proof of that, to some extent, from romance authors like Eve Silver or Elizabeth Hoyt, who inject darker elements into their romance novels with great success. Hoyt kicked off her Maiden Lane series with the Wicked Intentions and a string of truly grisly murders, and Silver’s Dark Gothic series (beginning with Dark Desires) is even downright creepy at times. She nails that Gothic atmosphere, and her novels tiptoe right on the edge of chilling horror.

Still, I just kept hoping they’d push the scary factor further before flipping on the lights, so to speak.

Catharsis is my final argument in favor of the horror romance. To say that the world is a bit of a mess right now is an understatement of epic proportions. A more accurate description would be:

Horror fans and romance readers can attest to the cathartic nature of their genres. Both the creation of something in the love story, and the destruction of something in the horror narrative (or vice versa, given the sometimes terrifying nature of creation and the renewal that follows destruction), are cathartic. When I am tired and overwhelmed I reach for horror as often as for romance.

Horror romance, as a sub-genre, has so much potential. Yes, it could easily incorporate some of the elements of paranormal romances or romantic suspense. But it would be darker. It would have a genuine sense of menace that stands the hair on the back of your neck straight up.

There might be heroes and heroines finding love even as they face down horrifying creatures or dark forces. Or demons of the kind you definitely don’t want to sleep with. Buildings that are actually haunted—instead of just presumed to be haunted—by malicious ghosts with sharp vendettas. Fiendish, nearly inhuman murderers à la the slasher genre. Deep, dark forests, full of moving shadows. Eldritch horrors looming out of the void. The silent, black space between the stars. (Say it with me: “In space, no one can hear you scream.”) Historical, contemporary, fantasy, or sci-fi settings, all steeped in eerie horror.

But one thing you’d always be able to count on would be the light at the end of the tunnel. Even if the characters had to go through hell (figurative or literal) to get there. In the horror romance, as in any good romance, no matter how dark things got, both good and love would always triumph. Tell me that’s not a message we need to hear more often these days.

To be honest, I don’t know if we’ll ever will see a horror romance sub-genre emerge. But I just remind myself that the romance genre is ever expanding. There’s always a new trend on the rise, and another right behind it to take its place. So who knows, maybe horror romance will be next!