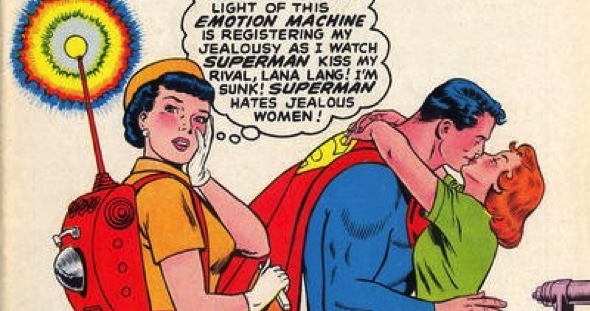 This summer, two of DC’s once-biggest stars will return to headlining their own books: Lois Lane and Jimmy Olsen. Lois Lane and Superman’s Pal Jimmy Olsen will both kick off in May’s Superman: Leviathan Rising Special before dropping their first proper issues in July. Both series will run for 12 issues.

And both series have all-male creative teams. 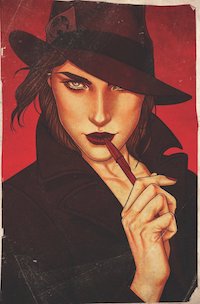 Lois Lane will be written by Greg Rucka and drawn by Mike Perkins. Preview art shows a noir-ish look and Rucka says the story will emphasize Lois’s chops as the best investigative journalist in her world. Superman’s Pal Jimmy Olsen will be written by Matt Fraction and drawn by Steve Lieber and looks to be a zany comedy exploring the weirder back alleys of the DC universe. Inkers, colorists, and letterers have not yet been announced, but as of now, the only woman attached to the books creatively is Jenny Frison, who has a beautiful variant cover for Lois Lane #1.

I’m tired, you guys. So tired.

A little context: Superman’s Girl Friend Lois Lane and Superman’s Pal Jimmy Olsen were two of DC’s flagship titles during the Silver Age, and are a shining example of the madcap silliness of that era. They ran for 137 and 163 issues respectively and sold like hotcakes during their heyday. At its height, Lois Lane was the third–best selling comic in the U.S., after Superman and Superboy. 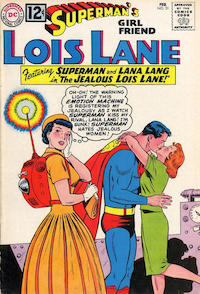 On this 1962 cover, Lois is humiliated when an “emotion machine” reveals that she’s jealous of Lana Lang

And look, I’m not going to pretend that Superman’s Girl Friend Lois Lane was a shining example of mid-century feminism or anything like this. Lois was portrayed as scheming, silly, and marriage-obsessed (though also upstanding and loyal). Her stories were invariably about her trying to trick Superman into marriage and having it backfire, or Superman teaching her a paternalistic lesson about being too curious or vain or what-the-hell-ever. Most featured her humiliated, sobbing, or both.

Naturally, of course, they were written and drawn by men. 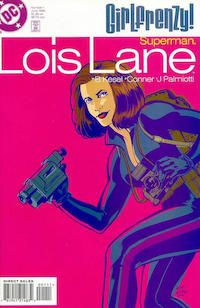 The Lois issue of GirlFrenzy!, possibly the only time Lois has been both written and drawn by women

In fact, Lois has almost never been written or drawn by a woman. In 1998, she got a one shot under DC’s patronizingly titled but enjoyable GirlFrenzy! event, in which female characters got a one-month spotlight. Lois’s book was written by Barbara Kesel and drawn by Amanda Conner. (All the other books in the GirlFrenzy! event were written and drawn by men.)

Of course, the bulk of Lois’s appearances has been as a supporting character in Superman books, but the list of female creators is short there too. Louise Simonson is the only one with a lengthy run, with almost 100 issues of Superman: The Man of Steel to her name in the ’90s. Barbara Kesel had a handful of issues across the Superman Family titles in the ’80s and ’90s; Gail Simone wrote a couple storylines in the mid-2000s. 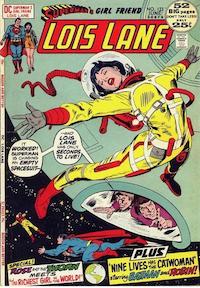 Though this 1972 cover shows Lois in peril, in the issue she wins a fight against two opponents in zero gravity

She was edited by a woman back in the ’70s, albeit briefly. Dorothy Woolfolk had edited for the company that would become DC in the ’40s, and according to an interview she gave in 1993, was the person who suggested that Superman should have a weakness—a concept that materialized as kryptonite. She returned to DC in the ’70s, editing their romance line as well as Lois, Supergirl, and Wonder Woman. Under her tenure, Lois became an outspoken member of Women’s Lib. She broke up with Superman and struck out on her own, performing her own heroics and forming deep, supportive relationships with other women.

And then Woolfolk was fired, after only seven issues. Carmine Infantino, DC’s Editor-in-Chief at the time, claimed that she “was awful. She was always late. She did a lot of talking but no work.” But comics historian Tim Hanley points out that all of Woolfolk’s books came out on time, and in fact Woolfolk successfully transitioned her books to more issues a year, not fewer. Most telling, perhaps, is the first issue of Wonder Woman to come out under editor Robert Kanigher, who took over both that and Lois Lane after Woolfolk was fired. The issue begins with a sniper killing “Dottie Cottonman, women’s magazine editor.” That’s not a sign of a healthy working environment.

(For more on Woolfolk and this sadly brief but fascinating era of Lois, read Hanley’s take here and SyFy’s Sara Century’s here.)

We all know that this hostile attitude towards women working in comics is not a thing of the past. (Not even this specific kind of hostility—in 2004 Bill Willingham said that he wanted to shoot the female fans agitating for a memorial case for the then-dead Robin Stephanie Brown, and Frank Cho has made a cottage industry of selling commissions where Spider-Gwen gets shot in the head.) It was less than two years ago that DC finally fired editor Eddie Berganza after years of widespread rumors that he sexually harassed and bullied female employees and freelancers, a pattern of behavior that DC “solved” by simply not hiring women to work on the Superman books. (Making the dearth of female creators on Lois even less surprising.)

Furthermore, though DC has more female creators today than they did in 1972—hardly anything to boast about—their hiring practices are still overwhelming male. Less than a decade ago, when they launched their New 52 line, they were raked over the coals for dropping overnight from a shameful 12% female creator lineup to a truly abysmal 1%. Now, with more women reading comics than there have been in decades, DC has climbed back up…to 12% again. At least, according to the May 2019 solicitations, which list 21 different female creators out of a total of 168. (DC has no nonbinary creators credited for their May books, to the best of my knowledge.) They’re launching entire imprints with zero female creators: Wonder Comics, the teen imprint curated by Brian Michael Bendis, kicked off with no women across its initial four books. Because the last thing we want is for teens to see women’s names on the masthead and realize that comics are for girls, too.

See, that’s the thing that makes me so mad about Lois Lane specifically. Since 1938, when she was introduced as a fiercely ambitious career girl with a pistol in her purse and a quip on her lips, Lois has been beloved by female readers. Even in the ’50s, when Lois was cinched so tightly by the patriarchy she could barely breathe, female readers protested on her behalf: “I think it’s awful the way you insult women, and particularly the way you heap abuse upon Lois,” writes “Judith” in the letter column of Superman’s Girl Friend Lois Lane #16. Every actress who has played Lois after Margot Kidder has cited what an inspiration she was, and though these statistics are obviously hard to obtain, I have to imagine the number of women who became reporters or went to journalism school because of Lois is staggering. Certainly in the decade and a half since I’ve been reading comics, every time DC heaps another indignity upon Lois—divorce, death, out-of-character capriciousness—it’s women who are furious. We know she’s better than that, because we’re better than that.

Greg Rucka is a wonderful writer, and he has written some of the best Lois Lane in the modern era. His Wonder Woman and Batwoman are superb. His work consistently shows respect for the female characters he depicts. I trust him to deliver an excellent Lois Lane comic.

But after all this time, she should be written by a woman. Or drawn by a woman. Or there should be a woman on the Jimmy Olsen book, because women shouldn’t only be relegated to the “girl books.” (Or hell, all three of those things could be true at the same time!) These creative teams are extremely talented and these pitches look great, but I am so, so tired of seeing all-male lineups month after month, year after year. When it’s women who have fought for Lois for so many decades, it’s women who should finally get to tell her story.

We keep hearing that the industry is changing, becoming more open and diverse, becoming better. But DC has the same percent of female creators they had in 2010, and Lois Lane has still only been written by a scant handful of women over 80 years and 4900 comics. And their failure to improve those figures—and to deal with sexual harassment until absolutely forced to—tells me they’re still the company that fired Dorothy Woolfolk for daring to suggest women should be more than love interests.

After all, Lois wouldn’t.