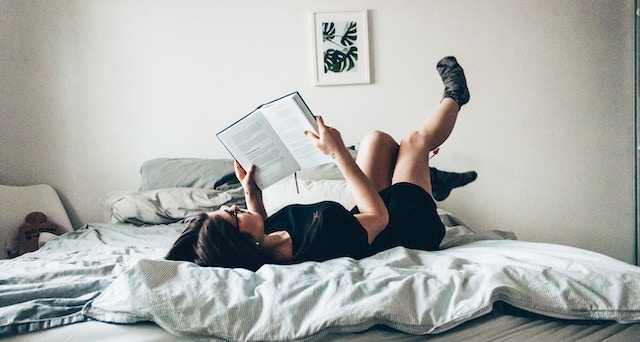 As much as each generation likes to think that they are living in more “uncertain times” than the last, the very concept of uncertain times has been around for centuries. But just because living in uncertainty has been around longer than we have doesn’t mean we talk about it enough! Being a human is hard, and reading a comforting book is always good. Sometimes fiction just doesn’t cut it—which is why picking up a humorous and uplifting memoir or collection of essays is also a good way at keeping the anxiety at bay and helping us feel a bit better about everything.

i Miss you when I Blink by Mary Laura Philpott 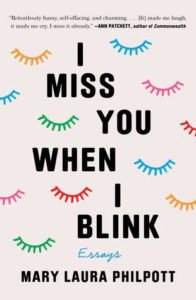 Published earlier this spring, Mary Laura Philpott’s heartwarming book of essays covers everything from anxiety, becoming an adult, existential angst, the ups and downs of married life, and the realization that sometimes following all of the rules laid out in your head gets you to the exact opposite of where you want to be. The perfect read for every detoxing perfectionist.

Nobody Cares by Anne T. Donahue 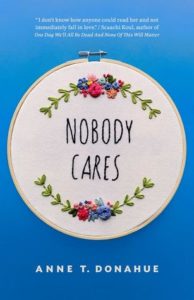 A candid, funny, real, and relevant collection of essays about the messiness of being alive in your twenties and thirties: school, jobs, mental health, productivity, and failure, to name only a few topics. These essays are a salute to the “beautiful disasters” we can all be at times. Anne T. Donahue is the voice inside your head, if that voice was incredibly witty, funny, and profound (a.k.a. the inner voice we should all aspire to have). The title of the book is a great reminder of something that we all often forget: nobody really cares what we are doing, whether we look good or bad, whether we go to this party or that, which can be a really freeing realization—especially when you’ve spent most of your life trying to convince people that you are a capable and functioning human being. Above all, Nobody Cares feels like a warm hug from someone who’s been there and is here to tell you it’s going to be fine.

We Are Never Meeting in Real Life by Samantha Irby 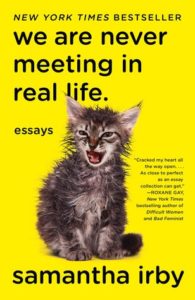 The perfect read for introverts who are just so damn tired of defending themselves from being called anti-social, Samantha Irby’s We Are Never Meeting in Real Life is an expression of thoughts and feelings most of us introverts have said in our heads from time to time, but rarely out loud. Irby covers everything from her rough upbringing, to dating and relationships, to her general dislike of the general population (relatable) and, to quote the back cover, “sometimes you just have to laugh, even when your life is a dumpster fire” (agreed). 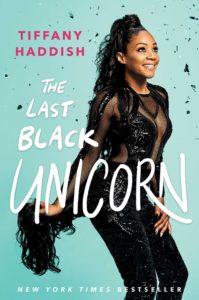 During periods of high anxiety, I like to read memoirs because it feels as though someone you love and admire is telling you a series of stories, and I find that very calming and comforting. I read Tiffany Haddish’s The Last Black Unicorn while in the process of changing jobs a few months ago, and the comedian’s hilarious stories of her difficult but colorful life was so funny that not only could I not put it down, but it also helpfully distracted me from whatever I was worried about.

Where Am I Now?: True Stories of Girlhood and Accidental Fame by Mara Wilson 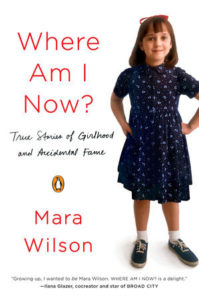 A memoir in essays written by the former child actress whom ‘90s kids will best remember from Mrs. Doubtfire, Miracle on 34th Street, and Matilda, Mara Wilson takes readers on a journey into her life while she was in the spotlight, and what she’s been up to since her decision to retire from acting as a preteen. But Where Am I Now? is more than that; it’s a story of a young girl who always felt out of place as a child on a movie set full of adults, the realities faced by most child stars when they aren’t cute anymore, and a lifetime spent not feeling worthy of being compared to everyone’s favorite fictional genius girl. It’s a raw and eye-opening look at not only life beyond Hollywood, but a human being trying to finally feel like enough.