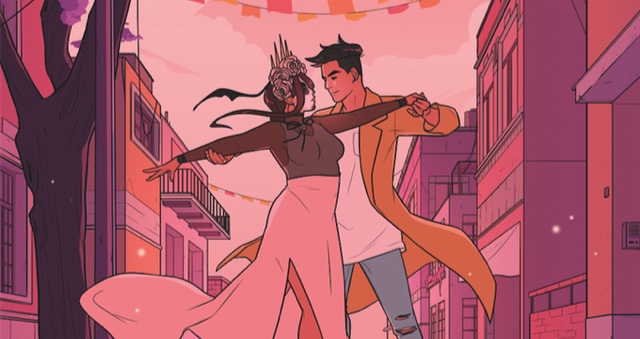 Kickstarter is a great place to discover what’s new and novel in the vast world of comics. The sheer volume of available projects is awe-inspiring. And a little intimidating. How do you find what you’re looking for? How do you choose which projects to back? How do you know which creators you want to support and which ones you might want to stay miles away from?

I’ve sifted through what’s available right now and found five projects I think are worth taking a look at. I did the Google to make sure nothing about any of the creators has pinged the collective radar (stuff hides, but I’ve done my best). And the big 2 (three if you include Image) are all well and good, but I’ve kept to independent presses and individuals who look to be making great art and could really use some help. 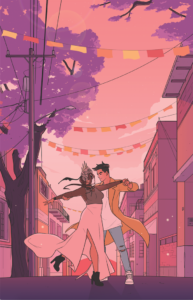 Creatively Queer Press was founded with the mission to “give a voice to LGBTQ+ creators who are largely ignored by the entertainment industry.” Cuentos is a bilingual anthology focusing on Latinx+ artists. Each entry is a single image and a story based on mythology from Latin America, Spain, and the Philippines, and given “a contemporary spin.”

The first volume of The Gwan Anthology won an Independent Publisher Book Award Gold Medal for Graphic Novel in 2017 and earned two Glyph Comic Award nominations. An anthology that focuses on “what it feels like to be an immigrant, refugee, or foreigner…trying to adapt while holding on to a sense of home, history, and heritage,” Vol 1 had entries by 30+ artists from more than fifteen countries and featured stories from multiple genres.

Forward plans to continue this mission in volume 2, bringing back some of the creators who worked on volume 1 and by showcasing new talent.

Pennsylvania based artist Ferguson-Avery is putting together a zine format anthology with three other creators that indulges in the darker legends of Appalachia. The stories sound like they may be in the same vein as Carmen Maria Machado’s forthcoming The Low, Low Woods, a genre she referred to in a discussion with Book Riot as “Pennsylvania Gothic.” In a state chock full of dilapidated barns, abandoned towns on fire, and the looming shadows of the steel industry and some really old mountains, there are certainly plenty of stories to be found. 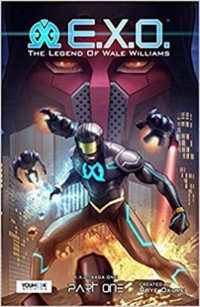 I’ve read the first several volumes of Youneek’s Malika: Warrior Queen and it was a stellar combination of history and fantasy. In them, the titular character inherits the crown from her father but only half of the kingdom; she must fight a bloody civil war to reunite Azzaz. Peace never lasts, however, and Malika soon finds herself fighting new enemies from both within and without.

E.X.O. leans toward sci-fi rather than fantasy, set in a future version of Nigeria. In volume 1, Wale Williams inherits a supersuit after his father has been missing for half a decade but the suit does not, he discovers, a hero make and Williams has to learn how to be a hero before he can stop the extremist group The Creed.

The current Kickstarters is for volume 4 of E.X.O. in which an AI is programmed with the combined personalities of Masna Musa, Sonni Ali, Hannibal, Alexander the Great, Julius Cesar, Napoleon, Genghis Khan, and other historical warriors. As one might imagine, things do not go well and the AI goes mad, developing a plan to reset humanity. Williams, who recently suffered a major defeat and still recovering, has no choice but to rejoin the action or risk the world’s destruction.

This campaign is technically over, but backer rewards are still available and there are still stretch goals to be had. Some of tiered rewards are phenomenal as well (I can’t wait for my Jill Thompson, “How to Carve a Pumpkin” print).

The concept behind HEY, AMATEUR! originated in Black Crown Quarterly as back page matter and was so popular, Bond decided to do an entire book.

Creators from Becky Cloonan to Kelly Sue DeConnick to Gabriel Hernandez to Jill Thompson will share their hidden talents in 1–9 panel one-page comics. “Each is part personal ‘how-to,’ and part, ‘how so…'” showcasing the author’s skills. Some of the pages are about the comics process, sure, but others are about knife skills, talking to celebrities, and creating (then destroying) magical talismans. Lean how to catch a runaway dog! Be the perfect party host! Pack groceries with machine like efficiency!

This thing is going to be absolutely hilarious and I eagerly awaiting its arrival on my porch.

Anything pique your interest? There’s plenty more where these came from and new projects launching every day. I’ll keep my eyes open for the new and different, the extraordinary and original and pass them along as I find them. Enjoy!