Like many millions who have walked these streets before me, London is my adopted home. I restarted my life here half a decade ago and I fall in love with its hidden corners, its consternations, and its puzzles. London prides itself on being a city for the many and the deep roots of the immigrant communities here are visible on every street, in every village that make up this sprawling metropolis. So, here’s a list of books that talk about the migrant communities of London, their histories, pains and perseverance.

The Lonely Londoners by Sam Selvon

This one dates from 1956. Detailing the lives of West Indians in London after World War II, the book covers around three years of time and follows some members of the Windrush generation. It’s all brought together by Moses Aloetta, who has spent ten years in London and still hasn’t achieved what he feels he should. Social mobility is a big theme here, and in the recent attitudes of the UK government to the Windrush generation, this story is incredibly valid. 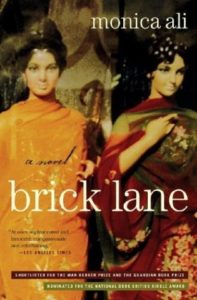 Brick Lane is in the Borough of Tower Hamlets and is the heart of the Bagladeshi community. A famed tourist attraction in its own right, Monica Ali’s story follows Nazneen, who moves to London to get married to Chanu. This is a story about starting from scratch, learning a new language and adapting to the new world around her.

A Concise Chinese English Dictionary for Lovers By Xialou Guo

When 23-year-old Zhuang arrives in London to learn English, she falls for a man from Hackney. The novel sets about its story in a pidgin English (ahead of the Singlish curve of the past few years) and as Zhuang’s English improves, the deeper meat of the novel comes to the fore. When cultures clash and misunderstandings are dime a dozen, how do we find our way when communication is difficult? 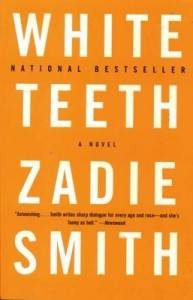 This is 18 years old, and still incredibly good. When it was released in 2001, it was around every corner. Telling a tale of our basic human need to belong across a huge timespan of generations and continents, White Teeth is the store of Bangladeshi Samad Iqbal and English Archie Jones, old wartime friends. It’s hard to do it credit in jut a few lines, but it really is excellent.

Brothers in Blood By Amer Anwar

This is a crime novel, and even if crime isn’t your usual genre, this one is worth a look. Based in Southall, on the fringes of Heathrow Airport, Zaq Khan’s boss has learned his daughter is missing and sets Zak the task of finding her. It’s a web of deception that keeps the reader guessing until the very end. Crossing cultural contexts, money laundering, and corruption in London, this is a really great debut. 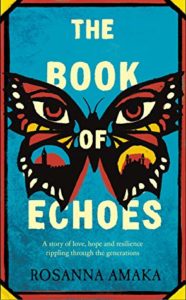 The Book of Echoes By Rosanna Amaka

This is still pending release, but I was lucky to get an advanced reading copy. Narrated by the soul of a slave trying to unify the branches of her family over 200 years, this one made me cry more than once. In Brixton, Michael Watson faces hardship through violence and poverty in the midst of rioting. In Nigeria, Ngozi seeks a better future after civil war. From London to Lagos, Michael and Ngozi build lives despite their ancestral traumas. There is beauty and triumph here – I cried more than once – but this is one I wish everyone could read.