I’ll keep writing about this until none of us have to anymore.

This year has seen the publication of some very high profile books about sexual assault, #MeToo, and the global exposure of prevalent sexual offenders. From Chanel Miller’s Know My Name to She Said by Jodi Kantor and Megan Twohey, it feels like key voices are finally coming to the fore to tell stories in the hopes of commanding attention and creating change. But these aren’t the only stories, and in the past few months I have swallowed as many books on this topic as I could. It’s been grim, but some of the books below provided me with fresh perspectives, new learning curves and plenty to think about.

Vanasco experienced a rape by one of her closest friends when she was just a teenager. #MeToo brought back the painful reality of the moment and spurred her to make a decision that few of us could contemplate: she reached out to her rapist to try to understand what happened and why. He responded. They met. They spoke. The result is a memoir that cuts to the core of trauma, friendship, and the overwhelming rape culture that lives with all of us. 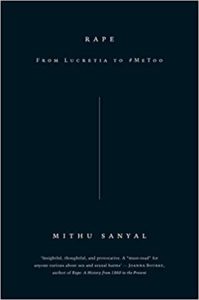 Rape: From Lucretia to #MeToo by Mithu Sanyal

You won’t agree with everything in here – I certainly didn’t – but Sanyal’s book tore my heart open all the same. Taking a series of opinions about sexual assault, she turns them all inside out, forcing everyone to consider the devil’s advocate and question why our global understanding is so poor. From black rapist tropes to the omission of male victims, Sanyal demands that we push ourselves to a better comprehension.

In a similar vein to Sanyal’s work, Abdulali also asks the reader to change the conversation, questioning assumptions with a view to bettering the next generation’s understanding of this topic. Abdulali was subjected to a gang rape as a child in Bombay (as it was then) and has spent her life as an activist on the issue. Her writing is direct and no nonsense, but undeniably troubling.

A name more often seen in the pages of Outside magazine, Krakauer cast his eye over the town of Missoula, Montana, and a four year period in which it experienced a spate of sexual assaults and reports. He uses a typical American town as a microcosm of a much larger issue, and documents the stories, injustices and devastation of a system that’s designed to protect offenders every step of the way. Krakauer is known for writing accessible page turners and this is no different; harrowing and fascinating in equal measure. 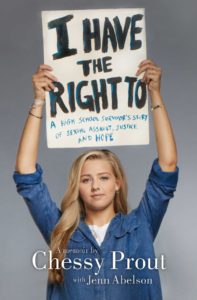 I Have The Right To by Chessy Prout

Prout was just a freshman when she was sexually assaulted by a senior. She reported it and faced her attacker in court. When the community of her school pushed back against her, she came forward from anonymity to point out that the systems we rely on are failing. There’s trauma here but there’s also hope – that someday, things will be different.

Not That Bad by ed. Roxane Gay

In an anthology of stories about sexual assault, the victims and perpetrators span the scope of humankind, through class and race, through poverty and privilege. The collection is deeply personal and a hard read, but Gay’s editorial oversight means that the tales line up perfectly with the title. We are all so used to saying ‘things could be worse’ when in reality, all experiences of sexual assault are bad, and there is no value in measuring them on a scale when so few ever see justice.