2020 is poised to be a great year for (if nothing else) books! From the highly anticipated return of literary bigwigs like Hilary Mantel, Anne Tyler and David Mitchell to a torrent of standout debuts from talents like Kiley Reid and Kate Elizabeth Russell, this is definitely a prolific year for books.

Here are my UK literary highlights of the first half of 2020. From elegant literary fiction to riveting crime fiction, shocking memoirs to spellbinding narratives, there is something for everyone here. Without further ado, feast your eyes (and minds) on these captivating reads. 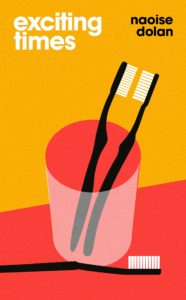 Hands down one of the most anticipated debuts of the year, this novel has been described as Sally Rooney meets Crazy Rich Asians. A piercingly provocative look at modern love and power games. 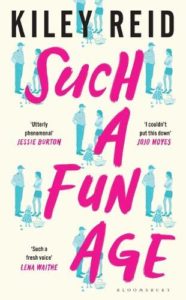 Such A Fun Age by Kelly Reid (Bloomsbury)

One of the knockout debuts of the year for me, this outstanding novel gives barbed commentary on problematic race relations, self congratulatory white feminism, and transactional relationships. A formidable first novel that eviscerates”woke” culture and lays bare the duplicity that lies beneath. 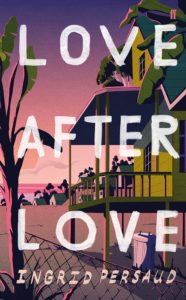 A strikingly original debut from a Trinidad breakout star who is one writer to watch out for. Set in the Caribbean, this is a heartrending story about the love and lies of the Ramdin-Chetan family. 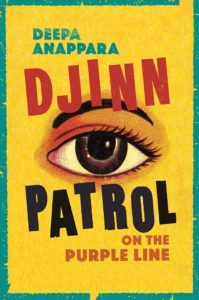 Djinn Patrol on the Purple Line by Deepa Anappara (Vintage)

Another highlight of 2020 when it comes to debuts, this novel takes a refreshingly inventive look at our chaotic world from the unique perspective of a child. 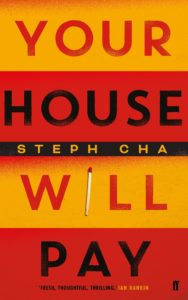 Your House Will Pay by Steph Cha (Faber)

One of the most exceptionally written novels I have read of 2020 so far! This is an audaciously written story that packs a multitude of pertinent themes for our times in a neat package. Cha has crafted a nuanced portrait of two families in crises which takes an intricate look at race relations, grief, and repentance. 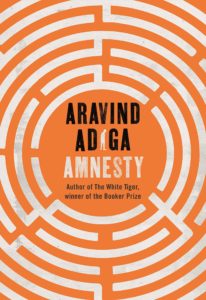 One of my favorite writers from the subcontinent is back with yet another cleverly crafted and politically relevant novel. Amnesty revolves around an undocumented immigrant in Sydney who is forced by circumstances to reckon with his conscience. 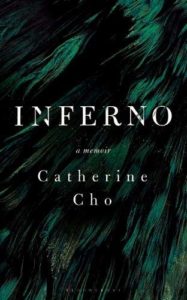 Among my personal highlights of 2020 is this memoir which gives a startlingly unsparing peek into the writer’s psychosis in the wake of her firstborn child. A searing account of a woman grappling with the challenges of being a mother, a wife and an immigrant. 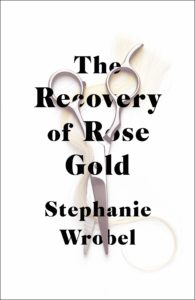 The Recovery of Rose Gold by Stephanie Wrobel (Michael Joseph)

This has been billed as Misery meets Sharp Objects. As someone who has always been fascinated by Munchausen Syndrome, this novel was a long time coming and paints a gripping portrait of twisted mother-daughter relationship dynamics. 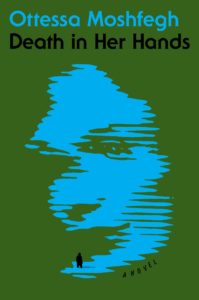 Death in Her Hands by Ottessa Moshfegh (Penguin Press)

From one of our most provocative contemporary writers comes another darkly compelling story from an unreliable narrator. This is a suspenseful tale about an elderly widow whose life is upturned when she finds a cryptic note on a walk in the woods that ultimately makes her question everything about her new home.

The Lying Life of Adults by Elena Ferrante (Europa Editions)

Ferrante fans, rejoice! The hugely anticipated new novel from this Italian sensation is due later this year. From what we know so far, the novel is set in Naples and is set to be a panoramic story that gives searing insight into the experience of womanhood and parenting set against “Naples of the heights” and “Naples of the depths”. 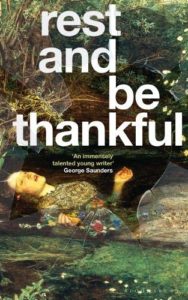 Rest and Be Thankful by Emma Glass (Bloomsbury)

This writer’s debut was one of the most clinically visceral pieces of writing I have ever read, so I was definitely excited to read her follow-up novel. Rest and Be Thankful is an icily disquieting tale of a nurse on the edge of burnout. A beguiling read! 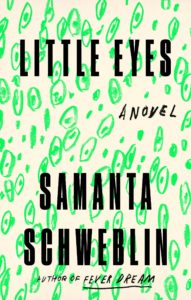 As a huge Schweblin fan, this book is one of the books I was most excited to read. No stranger to crafting darkly unnerving tales, Little Eyes gives an unsettling insight into voyeurism, narcissism, and the sinister reality that lies beneath the most seductive of masks. 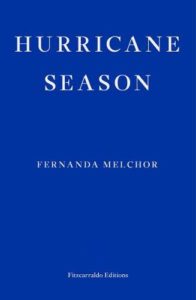 A breakout novel for this year, which I am hoping gets the attention it deserves. This is Melchor’s first book to be translated into English by the extraordinary Sophie Hughes. This stunning novel gives us a palpable sense of capitalist greed in rural Mexico. 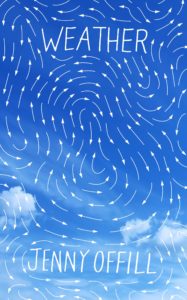 The writer of the gorgeous work of fiction that was Dept of Speculation marks her much anticipated return to fiction with this novel. Offill illustrates the precariousness of modern life with profound compassion and wisdom. 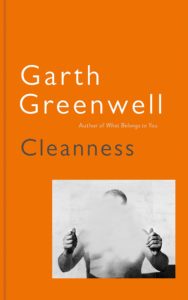 Garth Greenwell’s much awaited follow-up to his terrific What Belongs to You is out in April this year. This emotionally layered novel depicts desire and love in all its tender, visceral and unpredictable forms. 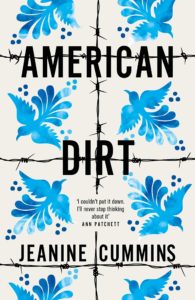 This gut-wrenching novel is getting much deserved critical acclaim. American Dirt brilliantly humanizes the experience of those forced to illegally cross the U.S.-Mexican border. 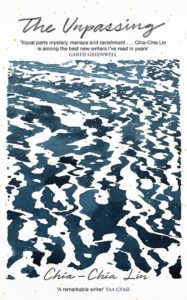 The Unpassing by Chia-Chia Lin (Virago)

This remarkably poignant debut is about a Taiwanese immigrant family of six trying to make ends meet in the outskirts of Alaska. Equal parts a heartbreaking family saga and a gripping mystery, The Unpassing is a rare feat. 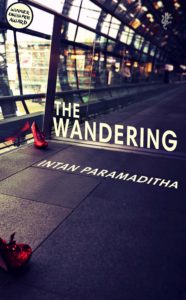 An ingeniously crafted debut which lets you make your own choices about where you want the story to go. This is an electrifying novel about cosmopolitanism and global nomadism that keeps readers on their toes. 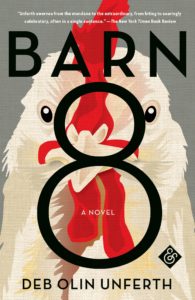 Barn 8 by Deb Olin Unferth (And Other Stories)

Getting rave reviews from Jenny Offill and Dana Spiotta, this strikingly inventive novel will keep you thoroughly entertained. A heist story about the U.S. egg industry, this novel cleverly delivers a timely parable and an intelligent satire about the American Dream. 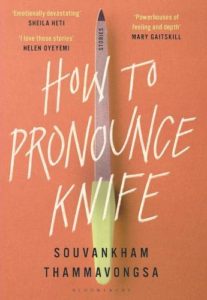 How To Pronounce Knife by Souvankham Thammavongsa (Bloomsbury)

This dazzling debut features short stories that are deceptively funny, emotionally resonant and all round riveting. The book depicts, with clear insight, the day-to-day lives of immigrants in a nameless city. 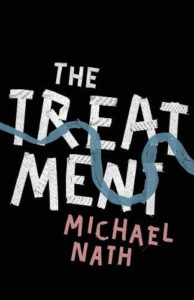 The Treatment by Michael Nath (Riverrun)

A trenchant state of the nation novel based loosely on real life events about the murder of a black teenager by a racist gang. This timely novel takes a lacerating look at Britain’s relationship with systemic racism, police violence and terrorism. 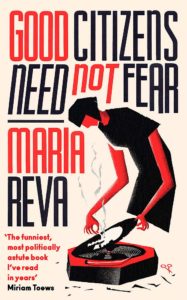 This is billed as a satirical and wickedly funny collection of stories which revolve around a crumbling apartment building in Ukraine. 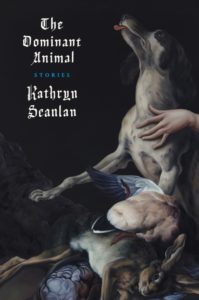 This audacious debut will appeal to fans of Ottessa Moshfegh and Carmen Maria Machado. Brisk, incisive, and brutally shocking, these stories will leave you awestruck. 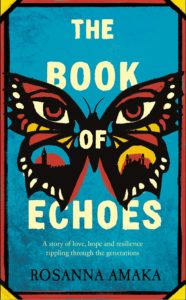 The Book of Echoes by Rosanna Amaka (Doubleday)

An urgent, gripping debut narrated by the spirit of an enslaved African woman with echoes of Beloved. 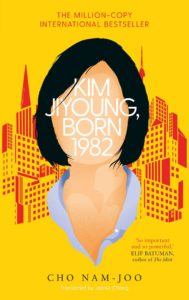 A remarkable novel by a South Korean sensation that has already garnered praise from talents like Han Kang and Sayaka Murata. A cultural sensation in its native South Korea, this defiantly veracious novel probes the female experience in the contemporary world. 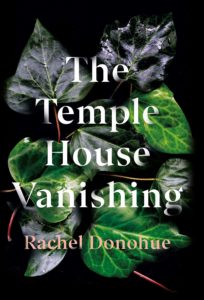 Virgin Suicides meets The Secret History in this sinister and compelling mystery set in an elite catholic boarding school. Let’s face it, who can resist a gothic novel about nuns and competitive Catholic girls? 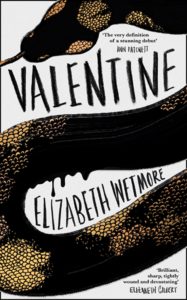 Already garnering profuse praise from acclaimed writers like Anne Patchett and Jeanine Cummins, this is an unmissable debut. An evocative and thought-provoking story of a brutal crime on the women of a small Texas oil town and its ramifications on the community. 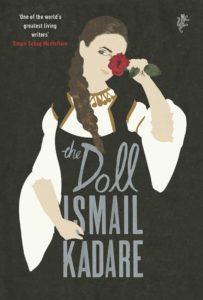 From the winner of the Man Booker Prize comes another timely masterpiece. Kadare pays homage to his mother and his childhood in Albania in this charming and thought-provoking tale about home, freedom and politics. 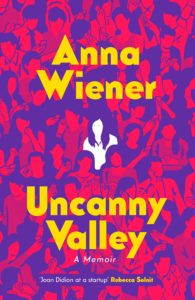 An eye-opening account of a woman working in the snazzy and alluring world of San Francisco’s tech industry. Wiener gives a devastating portrayal of casual sexism, hubris, and deceptive optimism. 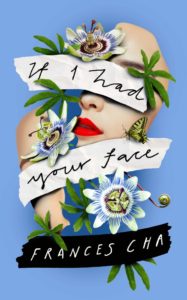 If I Had Your Face by Frances Cha (Viking)

A disturbingly panoramic look at four young women making their way in the competitive and contradictory environment of modern South Korea.