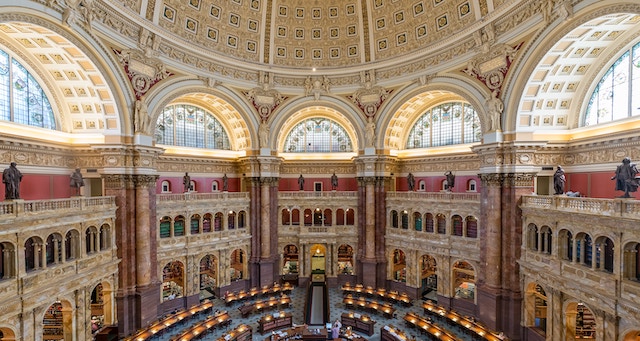 “As the Library of Congress puts thousands of hours of Native American recordings and thousands of photographs online, some Native American groups are saying culturally sensitive material, often taken without the tribes’ consent, should be a part of the tribal traditional property.

In the first half of the 20th century, anthropologists and sociologists made a substantial number of tribal recordings and took numerous photographs, often without the knowledge or consent of the tribes, material that ended up in the Library of Congress, according to public records.

While the spokesman of Library of Congress said that some photographs that tribes had flagged as objectional are available only by an appointment with the Library, others are displayed under the explanation that these photographs, drawings, engravings, lithographs, posters, and architectural drawings were not made by indigenous peoples and that they, therefore, have no right to them.”

Yeah, sorry, but the “without knowledge or consent” is where you lose me.

“io9: How involved were you in the production process?

A hell of an interview.

“When Bell-Bey is working with children, she is known as “Miss Honey.” Her oldest poetry prodigies are now 30. She started Distinguished Gentlemen in 2003 and worked with young men from the same kinds of struggling neighborhoods she came from. They are well known locally, performing all over Northeast Ohio, and even achieved international acclaim in 2015, traveling to Paris to perform. She has helped hundreds of young men overcome obstacles.”

Get to know an Ohio county’s new poet laureate!