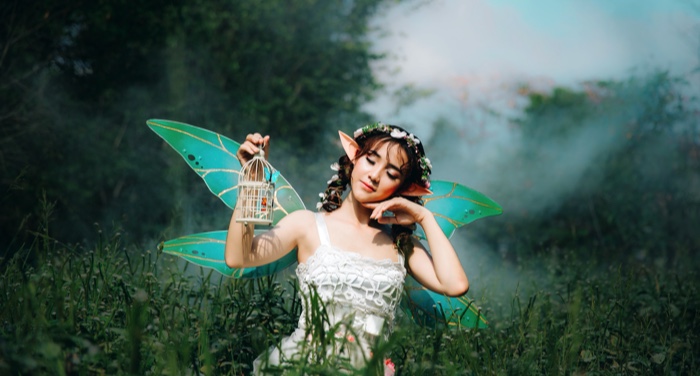 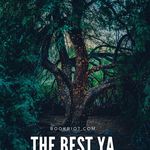 Many of us grew up listening to stories that began with “Once upon a time,” “Long ago, in a faraway land,” or something very similar. Fairytales are a part of every culture and are the stories we return to again and again, in part because they are so familiar. As we grow up, they can become something we spurn, and then as soon as we have decided we’ve grown past such stories, we look for them again: a reminder that there is good and there is evil in the world and, eventually, good triumphs in the end.

Fairytale retellings have been a part of YA shelves since the category began. In recent years, it’s been wonderful to see more retellings published by authors of color, with stories set in places around the world with an inclusive cast of characters.

However, I think retellings are just the tip of today’s fresh fairytales. To me, any story, regardless if it has a bit of magic or not, can be a fairytale, if the spirit and tone are right. With that in mind, here are a handful of YA books to quench that thirst for new fairytales. 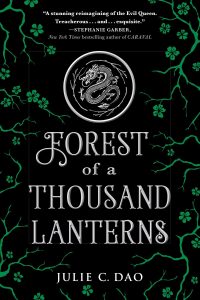 Forest of a Thousand Lanterns by Julie C. Dao

“She was a monster, a bride of the darkness, and she rose to face her destiny as though it were the blood-red sunrise of a new day.” Dao begins her retelling of “Snow White” not with a young princess, but with the evil queen. Xifeng is a poor, beautiful young woman who has been raised to believe it is her destiny to wed the Emperor and become Empress. Dao’s writing of the journey Xifeng takes, her rise at the court, and her reluctant use of dark magic is so thoughtful and engaging, you’ll find yourself staying up late, flipping the pages faster, thoroughly engrossed in this story of a girl fighting for agency and power. 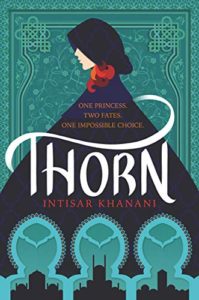 “This is how you survive: one breath to the next, refusing each thought as it comes to you. This is how you get through the worst of things.” Khanani’s retelling of “The Goose Girl” keeps the basics of the fairytale the same (a princess is sent to a kingdom to marry a prince but is betrayed and looses her title) but expands the story to include examinations of violence and its effects on main characters. It could be easy to dismiss Alyrra as just a weak and passive princess, but Khanani smartly delves into the realistic reactions and responses a person would have to trauma.

Category ID: 476
Category ID: 2822
Category ID: 468
What’s Up in YA? Newsletter
Sign up for What's Up In YA? to receive all things young adult literature.
Thank you for signing up! Keep an eye on your inbox.
By signing up you agree to our Terms of Service

“My whole life is other people deciding what’s acceptable. When I put on a dress, I get to decide what’s silly.” Opening this graphic novel, with its soft, beautiful colors feels like stepping into a fairytale. Frances is a talented seamstress, who is brought to the palace to design dresses for a secret client, who she very quickly learns is actually the Prince Sebastian. Wang’s touching, sweet story explores gender identity, self-confidence, and acceptance with whimsical, delightful dresses filling nearly every page. 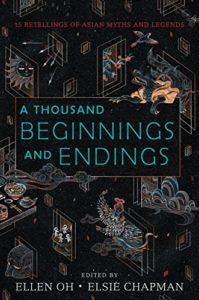 “It was an ill-fated thing to claim that a heart is safe. Hearts are rebellious. The moment they feel trapped, they will strain against their bindings. And it was so with the Mountain.” An own voices anthology of retellings of East & South Asian myths, fairytales, and folklore. This gorgeous book includes stories set in both modern-day and fantasy worlds and is full of beautiful, engaging, funny, haunting writing. 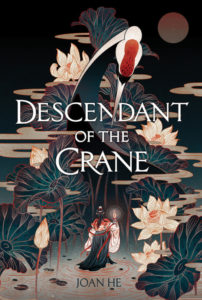 Descendant of the Crane by Joan He

“What is truth? Scholars seek it. Poets write it. Good Kings pay gold to hear it. But in trying times, truth is the first thing we betray.” In this Chinese-inspired fantasy story, He weaves a tale about a princess who engages in magic—which has long been forbidden—to find her father’s killer. But one act of law-breaking leads to another, and trust is not a commodity Princess Hesina can afford. A story of truth, justice, and a girl struggling to find her place in a kingdom falling apart, you’ll be longing for more tales from He when you turn the final page. 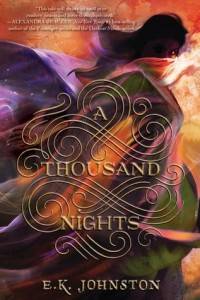 A Thousand Nights by E.K. Johnston

“If you listen long enough to the whispers, you will hear the truth. Until then, I will tell you this: the world is made safe by a woman. She bound the monster up and cast him out, and the man who was left was saved.” Johnston never once names the heroine of this retelling of “One Thousand and One Nights,” but this by no means she is a secondary, weak, or powerless character. Quite the opposite, in fact. Johnston’s sweeping, lyrical, writing is beautiful and begs to be read aloud.

Whether it’s retellings or fresh, new fairytale stories, I hope to read many more books like the above in upcoming years.