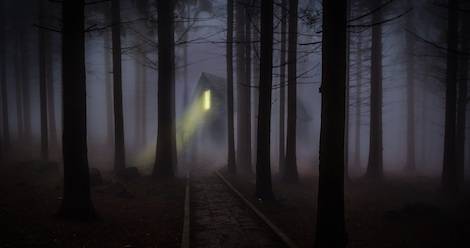 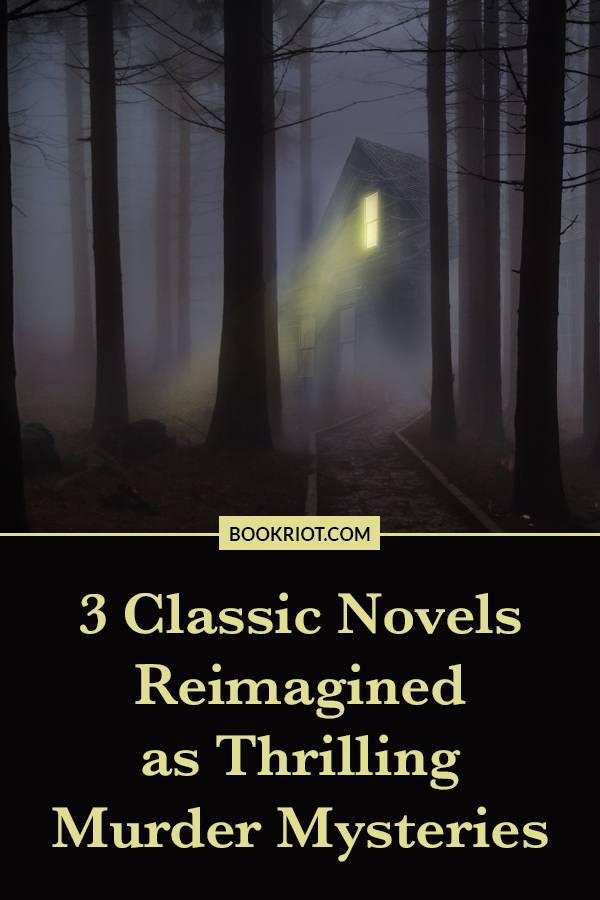 Emma Woodhouse, handsome, clever, and rich, with a comfortable home and happy disposition, seemed to unite some of the best blessings of existence; and had lived nearly twenty-one years in the world with very little to distress or vex her. And then the murders began.

A couple weeks ago a Twitter hashtag was born that sparked the reimagining of numerous classic novels as murder mysteries. #andthenthemurdersbegan took flight after @marc_laidlaw tweeted, “The first line of almost any story can be improved by making sure the second line is, ‘And then the murders began.’”

Reimagining classics as murder mysteries is not new. Recent popular classic spin-offs include P.D. James’ Death Comes to Pemberley (which was such a hit it was made into a BBC miniseries) and Lyndsay Faye’s Jane Steele, which reimagines Jane Eyre as a “gutsy, heroic serial killer.” For mystery lovers like myself, nothing makes a story better than a good juicy murder.

In the spirit of homicidal fun inspired by Marc’s tweet, here are three classics I think would be amazing as murder mysteries. (And no, Emma will not be on the list. Though the opening line is perfectly suited to the Twitter meme, I don’t think the story would make as great a murder mystery as the following three.)

Exiled from their lavish Sussex home to a small seaside cottage, the Dashwood women are just adapting to their new, simpler life when their good-humored friend and neighbor, Sir John Middleton, is found dead in the woods near Barton Park. It looks like he tripped and hit his head on a rock but a faint set of footprints, quite different from Sir John’s, are found at the site.

After a charming stranger rescues her during a calamitous walk in the rain (taken to avoid the attentions of her would-be suitor, Colonel Brandon), Marianne falls instantly in love. But is John Willoughby everything he claims to be? And what is his connection to Brandon’s ward, whose mysterious disappearance five years ago remains unsolved?

Eleanor, Marianne’s keenly observant elder sister, and the reclusive Colonel Brandon must solve the case and uncover the truth before Marianne becomes the next victim of a cold-blooded killer.

When Anne is adopted by Marilla and Matthew Cuthbert, it almost seems too good to be true. Adjusting to her new life on Prince Edward Island, Anne finds a kindred spirit in Diana Berry, a sweet, agreeable girl who perfectly complements Anne’s adventurous nature.

Life is going swimmingly when Mr. Phillips, the local (and ill-liked) schoolteacher, is found dead in the schoolhouse from what appears to be a heart attack caused by sheer terror. The police are mildly suspicious but can’t find anything to prove foul play, so they rule it “natural causes.” Anne can’t help imagining something far more sinister.

Six weeks later, Mr. Lynde, local busybody Rachel Lynde’s sickly husband, dies suddenly with a similarly horrified expression etched on his face while at home alone. And not three weeks after that, Mr. Allen, Avonlea’s new minister, is discovered in his study in the same manner.

Now, Anne knows something is terribly wrong. Searching for clues with a reluctant Diana in tow, Anne discovers a note from Prissy Andrews asking Mr. Phillips to meet her at the schoolhouse the afternoon of his death. Anne can’t help but wonder if the strangely cultish behavior of Prissy, Josie Pie, and Ruby Gillis has anything to do with the mysterious deaths. Worse still, Anne has reason to believe that Matthew may be the next target. Can she solve the mystery and convince the police of the truth before it’s too late?

3. Far From the Madding Crowd

Fortune is a funny thing, or so Gabriel Oak thinks when he finds himself working for the woman who rejected him after losing all his livestock to the machinations of a wayward herding dog.

Life on Bathsheba’s farm is good, even if he does have to watch the woman he once (and maybe still) loved flirt with and eventually marry a seductive soldier who also happens to be an irresponsible prick.

Bathsheba’s newfound marital bliss sours when a casket containing the mutilated body of a pregnant Fanny Robin shows up on her doorstep. And Gabriel has a terrible feeling that the killer might be sleeping in Bathsheba’s bed.

Which classic books do you think would make amazing murder mysteries?