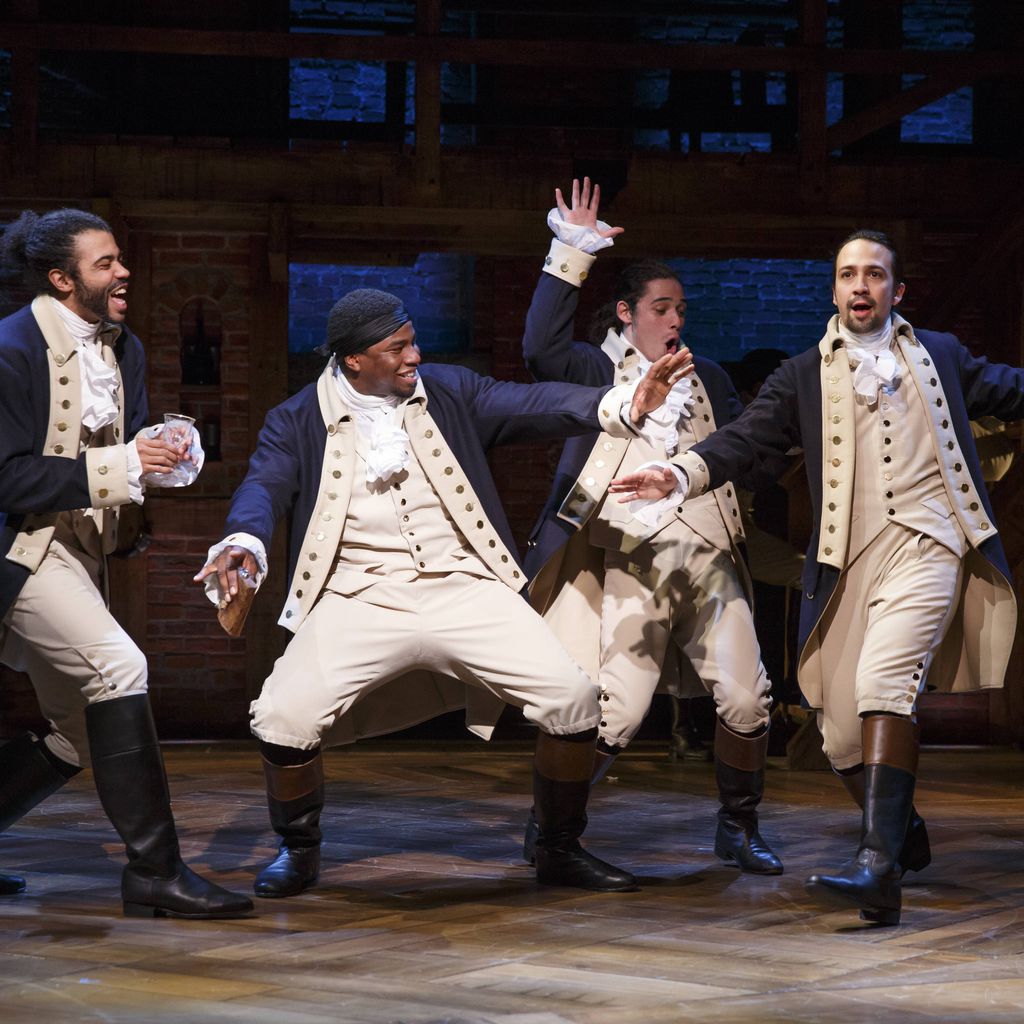 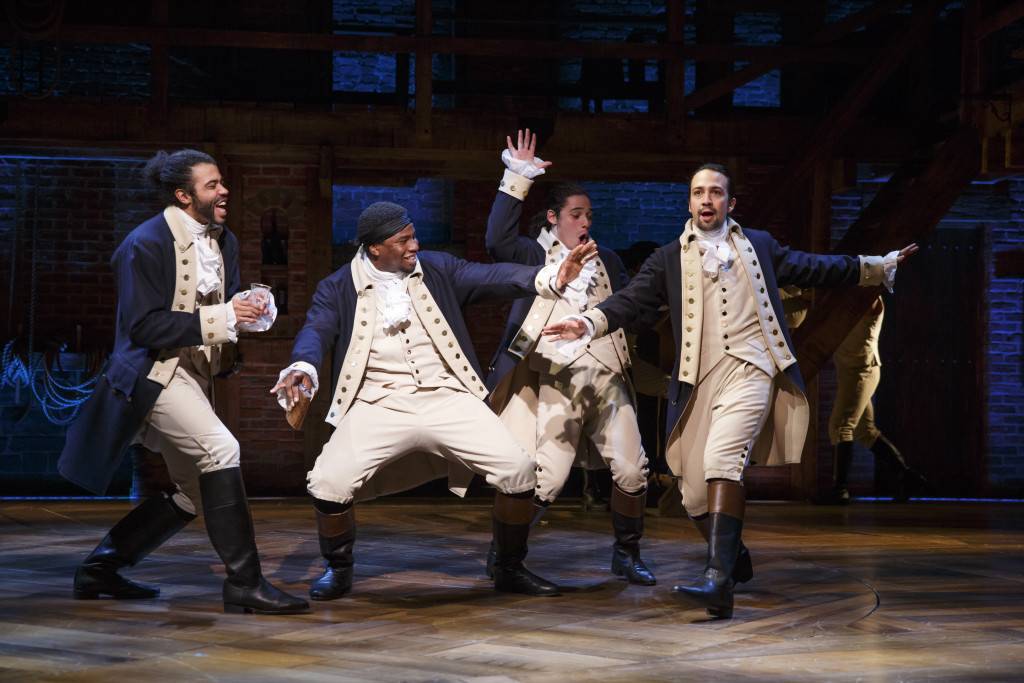 Blockbuster Broadway history-based musical Hamilton recently dropped a streaming preview of the cast album via NPR’s First Listen, causing the internet to collectively lose it. Called a game-changer in the genre, #Hamiltunes succeeds in telling the life story of a Founding Father using the vernacular of hip hop.

One of the things that interested me with this musical (aside from the spectacular tunes–seriously, click on the link) is its origin story. Creator Lin Manuel-Miranda has talked about being inspired by Ron Chernow’s magisterial biography Alexander Hamilton. While the musical biography has had a long life as a subgenre, this musical is famously scrupulous in following the flow of real events in Hamilton’s life.

As we scramble to download the Hamilton Cast Recording on September 25, join me in imagining hypothetical musicals about other historical figures. I’ve come up with four masterful biographies that can be used as their source material. 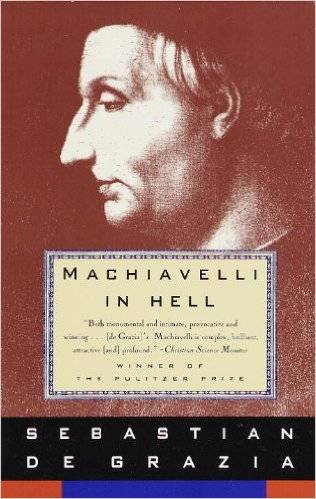 This guy lived a barn-burner of a life and writing The Prince is not even the start of it. Machiavelli was once tortured for being an enthusiastic republican, but he ironically became notorious for writing the self-help book for every authoritarian strongman and Gordon Gecko wannabe. He lived in Florence at the same time as Leonardo da Vinci, Amerigo Vespucci, and Giacomo Savonarola–history was literally being made in his neighborhood. Sebastian de Grazia’s Pulitzer-winning biography puts his writing in context with the violent times he lived in.

For the stage adaptation, it would be great to start with a chorus number a la “The Ballad of Sweeney Todd,” where a crowd of Florentines (including priests, painters, and Medicis) talk about his reputation as the the devil. Maybe we can even add a little bit of Andrew Lloyd-Weber’s guitar distortions to make a full blown rock opera. Obligatory song title: “To Be Feared or To Be Loved.” 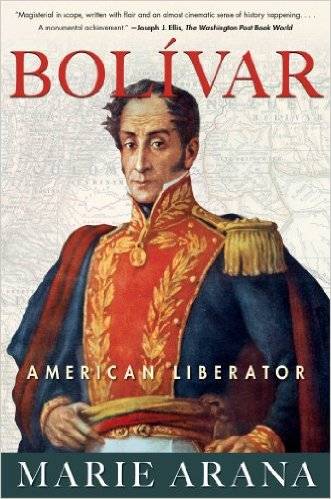 Simon Bolívar, a revolutionary leader who helmed the war that kicked out the Spanish Empire from the Latin America, was highly influenced by the French Enlightenment and Revolution. So it’s apt to make a musical about his life in the vein of Les Miserables. We can augment the style with some solo belters in the style of Evita, since Bolivar had a penchant for flowery public speeches.

The musical can open the same way as Marie Arana’s biography does, with a bedraggled Simon Bolívar riding into the colonial capital Caracas after traversing the heights of the Andes with his revolutionary army. He finds out that the entire government has been abandoned and the entire city ready for him to take control as the leader of the new American republic. He then addresses the crowd in the style of “On the Balcony of Casa Rosada / Don’t Cry for Me, Argentina.” 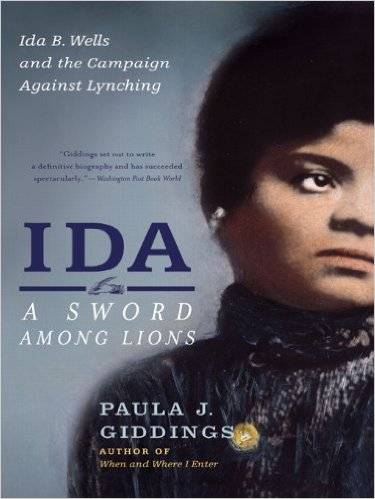 Ida: A Sword among Lions by Paula J. Giddings

Ida B. Wells was an investigative journalist who documented lynchings in the American South after the Civil War, proving that the act was performed to terrorize the black population and not in response to black criminality. She threw down with white feminists who turned a blind eye to the plight of black people while advocating for universal suffrage. She helped found the NAACP, but also butted heads with Booker T. Washington and W.E.B. Dubois. She was, in short, a badass.

I imagine a musical about this civil rights titan would have infusions of jazz and blues and a belter like Tonya Pinkins at its center. (You know I’m right.) There would be a number dramatizing how Ida Wells sued the hell out of a railroad company for forcing her to give up her seat in 1884, as well as a heart-rending montage of her writing pamphlets documenting the horrors of lynching. Norm Lewis would have a supporting role as Frederick Douglass, Wells’ mentor and collaborator. 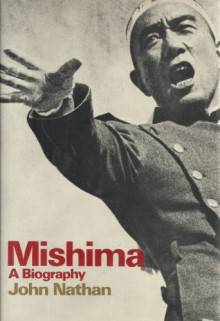 Mishima: A Biography by John Nathan

Yukio Mishima is a brilliant modernist Japanese author who is sadly more known because of his ignominious death through seppuku. He supported some highly dubious (and xenophobic) causes, creating a far-right paramilitary organization that attempted to seize control of the government and reinstall the Japanese emperor as the supreme head of the country. This failed, prompting Mishima to take his own life. While this may be controversial pick for a Broadway musical adaptation, I argue that there’s enough contradictions in his life to warrant a compelling story.

As for style, I think this hypothetical musical should adopt the nihilism of Cabaret,with the high drama of Jesus Christ Superstar. We can also incorporate scenes from the contemporary Noh plays that he has written, maybe as interstitials in between acts. The finale can have an shamisen-infused 11 o’clock number, perhaps a rock anthem composed by the Yoshida Brothers.