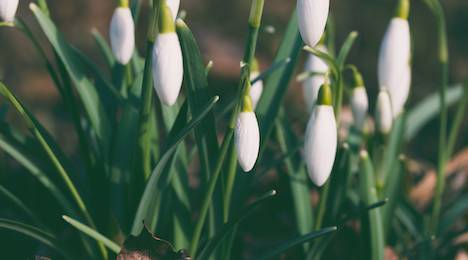 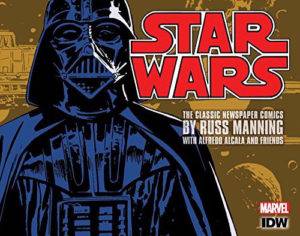 There was a Star Wars syndicated comic strip in the early eighties?! How did I—a funny pages devotee since I was a nerd yay high—not know about this sooner?! No matter. With this collection, the healing can begin. The first in a planned trilogy (because of course), the book features amazingly pulptastic art and sequential adventures. Did you catch Dark Horse’s reprints? Okay, then, a.) YOU SHOULD HAVE TOLD ME! And b.) this IDW version leaves the trade paperback format behind and presents the strips as they would have appeared in your daily paper. If you have a Star-Wars-Expanded-Universe-sized hole in your heart, this is for you. 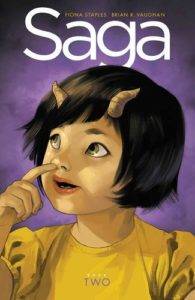 Saga is a modern classic. Yes, I’ve said that about the NBC series Ed and the paper plate crafts my toddler has brought home from preschool. But Saga’s status is something that you can get more than ten people to agree with me on. This second deluxe hardcover collects issues #19-36 of this must-read space opera, with a whole lot of bonus artwork. First-time reader? Borrowing these deluxe editions from your library is the way to go for risk-free binging (and you will want to binge). Been keeping up digitally? You may be tempted to allocate some of your tax refund to this physical copy. I speak from experience. 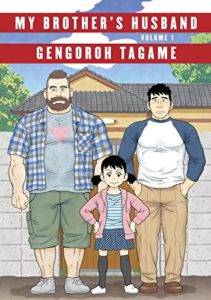 This is super exciting: an all-ages manga featuring a gay couple! Okay, it’s actually bittersweet, because one half of that couple is deceased. We join Mike, the Canadian widower, as he visits his late husband Ryogi’s estranged brother Yaichi in Tokyo. Yaichi is a single dad, and it’s his young daughter Kana’s instant affection for Mike that propels Yaichi to revise his understanding of his deceased brother. Mike becomes a vital link to a Ryogi that Yaichi never knew, and Kana revels in his cool avunicularity. Meanwhile, Mike explores his grief through the lens of his husband’s home. Boom! Family bond forever. 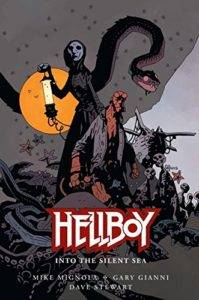 Category ID: 18121
Category ID: 1074
Category ID: 1
The Stack Newsletter
Sign up to The Stack to receive Book Riot Comic's best posts, picked for you.
Thank you for signing up! Keep an eye on your inbox.
By signing up you agree to our terms of use

The Hellboy continuity is more wieldy than un- if we’re using Marvel and DC superheroes as yardsticks. But a character who’s been around for nearly twenty-five years is still pretty intimidating to get to know. At least, that’s my excuse… So I’m relying on the recommendations of others who have assured me that this brand new graphic novel is a friendly point of entry. Or should I say “port” of entry? Because Hellboy’s on a boat, get it? Erm, yes, well, anyway… 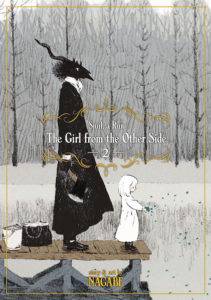 The Girl From the Other Side: Siúil, A Rún Vol. 2 — Nagabe

You had me at “trilogy that wraps up within the same calendar year it was first published.” Volume 1 of the English translation came out in January, so the wait for this follow-up has been long enough to generate a divinely excruciating anticipation but short enough that I am not losing patience (or interest). The art is Edward Gorey by way of Precious Moments. The story is equal parts terrifying, heartbreaking, and charming. Here’s a bandwagon with your name on it, and if you jump on it now, you’ll be ready for Volume 3 in the fall.