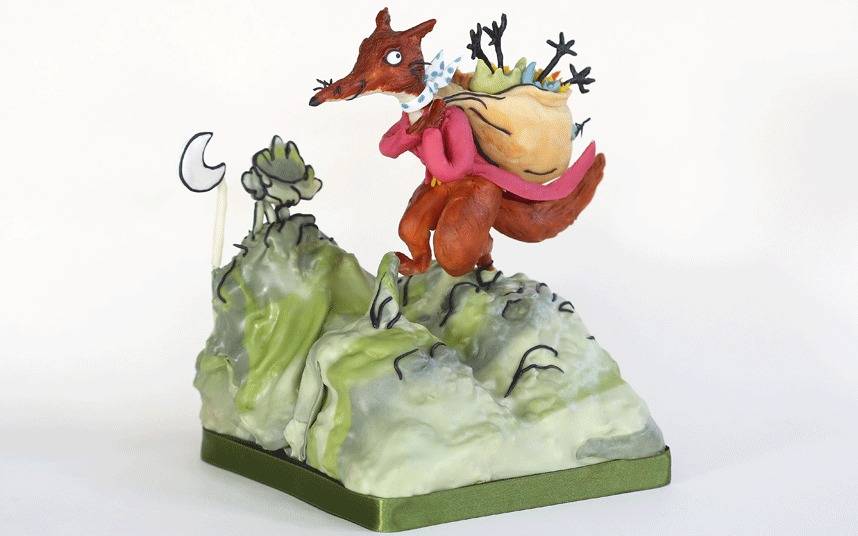 Jeph Jacques will be speaking at Book Riot Live 2016, November 12 and 13 in New York City.

Jeph Jacques is something of an anomaly in the webcomics world. His ongoing and most widely known work, Questionable Content, is a webcomic that’s been drawn nearly five times a week for over ten years. This is virtually unheard of within webcomics, and just as rare is the fact that Jeph Jacques can make a living from his webcomic.

What is it that has made Questionable Content so successful and so long-lasting? Imagine Friends set into a world that’s very much like our own, only with advanced AI, robotics, and other technology. Think Max Headroom: 20 minutes inito the future. Even though it’s something of an investment (a near-daily comic for over ten years runs to over a thousand installments), I think that it’s well worth reading. The hardcore can start at #1, back when the comic was about music gags and just two protagonists. The more more sensible place to start is at about #500, when the comic started to develop along different lines and became much more interesting. Here are five reasons you should dive into Questionable Content:

1. If you want something to really sink your teeth into then QC is for you. It’s still running and still updated five times a week. Many webcomics get abandoned and never finished, some disappear offline altogether part way through and never reappear. Although of course this is still a possibility with QC, it’s very unlikely as it’s now Jacques’ full-time career. He’s very much committed to QC, and he has built up a lot of trust over many years that it’s not going to just vanish.

2. QC is frequently light, fluffy, and fun, and that’s one of the reasons I like it. In a world of terrible news and tragedy where far too much is doom and gloom it’s nice to have an adult webcomic that smart, emotional, friendly, and fun. The Friends comparison runs deep when it comes to the characters as some them are roommates, some are in relationships, and there is even the equivalent of Central Perk. The intertwining friendships are one of the main attractions: they have each others’ backs and they are good to each other. This is how the world should be.

That’s not to say conflict doesn’t arise between the characters, but when it does it tends to be fleeting. The defining characteristic of the characters in QC is just how nice they are. This positive feeling is one of the main reasons I keep reading this webcomic; it just makes me feel good!

3. Like Friends, it’s a multi-character-based lightweight comedy with ongoing soap-like elements. But Friends never really had that much depth to it and couldn’t address deeper and darker topics, whereas QC can and does. Yes, it’s mostly a fluffy webcomic that’s quick and easy to read, but QC goes into relationships, mental health issues, suicide, anxiety, depression, alcoholism and much more. It can shift gears quickly and, like a coaster in a Disney park, transport you between highs and lows, even sometimes throw in a loop.

QC has a good range of different genders and sexuality but it’s less good with depictions of PoC, as the cast of characters is largely white. In some areas the representation is good, in others it still needs some progress. Overall though the characters in QC are different, relatable, and interesting enough to keep you wanting to know what happens to them next.

5. Speaking of representation: it’s one of the things I most look for in the media I consume. I like my media to reflect the world we live in and have PoC as well as LGBT people — especially the T, which is so often entirely missing. QC has a transgender character in Claire, Martin’s girlfriend.

Transgender topics haven’t really been gone into in depth with Claire yet, even though she’s been in the story for a few years. The couple of times they have been touched on, it’s been handled well; even Martin’s normally offensive and belligerent sidekick robot has been remarkably empathetic and kind towards Claire. But most of the characters in QC are not aware of Claire being trans, which is one of the reasons it hasn’t been dealt with extensively. I’d love Claire to have been developed further, but time in QC is slow. (Ten or so years of our time is only three years QC time.)

If I’ve piqued your interest and you’d like to give Questionable Content a try, you can find the first issue over here, or my recommended starting point over here. Be prepared to put aside a couple of hours to allow yourself to slowly immerse in the world — in the end, it’s very worth while.