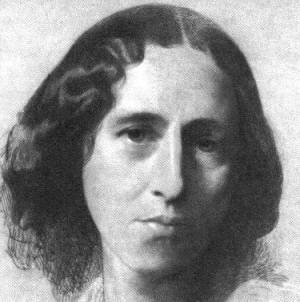 When you read lists like “the top 25 writers under 25”, find out that Stephen King published three of his major novels before the age of 30, or see someone who is 27 win the Man Book Prize (glances at Eleanor Catton), it can feel like the time to write the next great novel has already passed. However, there is no real deadline or age limit for when a novel can be published. So be inspired by these eight authors whose major works were all published until they were in their 50s or later.

Although Bukowski published short stories, columns, and articles in various literary magazines throughout his life, his first novel, Post Office, was not published until he was 51. He held a variety of jobs, including working at a pickle factory, roaming the United States, and working at the post office, all of which helped inform some of his later writing. Little House in the Big Woods, the first of Wilder’s Little House books, was originally published in 1932 when Wilder was 65 and the final book was published when Wilder was 76. Wilder worked as a teacher at the young age of 16, which she admitted to not particularly enjoying but did in order to help her family financially. She also worked for the local dressmaker during that time. In 1911, Wilder was hired as a columnist and editor at the Missouri Ruralist, which she held for approximately a decade, and worked with the local Farm Loan Association, dispensing small loans to local farmers.

As with many children’s stories, Watership Down originally began as a story that Adams would tell his daughters. His daughters insisted that he publish the story, and in 1972, when Adams was 52, the story was finally published to much international acclaim. He also won two of the most prestigious British children’s book awards: the Carnegie Medal and the Guardian Children’s Fiction Prize. Since then he has published more than 20 books, including Gentle Footprints, which came out in 2010 when Adams was 90.

Mary Ann Evans, who is best known by her pen name George Eliot, spent the majority of her later life as a writer and editor. In 1851, when she was 32, Evans became an assistant editor at The Westminister Review under John Chapman, a left-wing radical. In 1859, Evans published her first novel entitled Adam Bede. However, her best known work, Middlemarch, was published originally as a serial from 1871 to 1872 and then published as a single novel in 1874.

Saramago worked as a car mechanic, translator, and a journalist. Although he published a few pieces of literature earlier in his life, he did not receive international attention until his fourth novel, Memorial do Convento, was published in 1982 when Saramago was 60. It was then translated to Baltasar and Blimunda in 1988 and won the Portguese PEN Club Award. He also received the 1998 Nobel Prize in Literature.

McCourt’s memoir, Angela’s Ashes, was published when he was 66. He then won the Pulitzer Prize for Biography or Autobiography, the National Book Critics Circle Award, and the Boeke Prize. After getting drafted during the Korean War, McCourt held a variety of jobs, working on the docks, in warehouses, and in banks. He later used his G.I. Bill to get admission to New York University and later became a teacher at a variety of schools throughout New York.

This Bengali-English writer graduated with honors in history from the Scottish Church College, Calcutta, but then took a position as a clerk in the account department of the Indian Army while simultaneously contributing articles to various magazines. He eventually left his clerk position to focus on journalism before becoming secretary to a major political leader, Sarat Chandra Bose. It was not until 1951, when Chaudhuri was in his 50s, when his first and most known book, The Autobiography of an Unknown Indian, was published.

Wesley is an English writer who wrote three children’s books, the first when she was in her 50s. However she wrote 10 bestselling novels in the last 20 years of her life. Her first adult novel was published when Wesley was 71, and The Camomile Lawn, which was made into a television series, was published when she was 72. She continued writing until the age of 84.

Who are some of your favorite literary late bloomers?