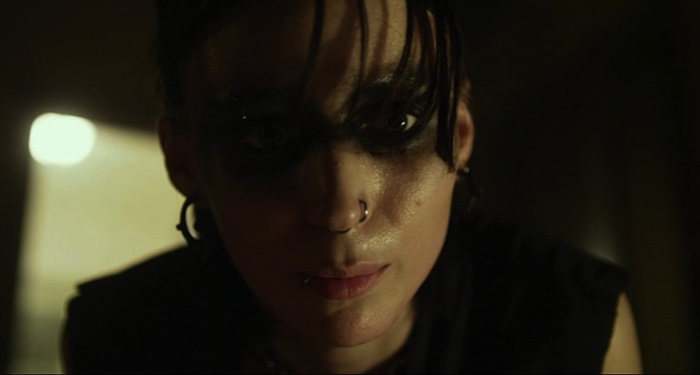 Some books aren’t right for us readers at a particular time in our lives, but we return to them when we’re ready. I remember first trying to read The Girl with the Dragon Tattoo by Stieg Larsson during my college finals in December 2010. Years later, after being sexually assaulted, I became obsessed with Larsson’s Millennium series and both its Swedish and American movie adaptations. Like many other fans, I admired Lisbeth Salander’s fearless independence. Ironically, however, she’s forced to depend on a guardian in a way that’s unique to adults with mental illnesses and other disabilities. 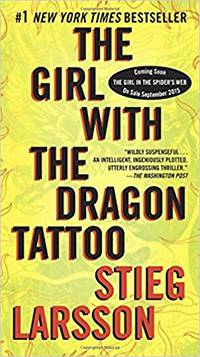 I was fascinated by the character Lisbeth Salander partly because she’s the opposite of me in many ways. Unlike Lisbeth, I have a physical disability and a supportive family. Although I’ve taken self-defense classes, I can’t imagine taking violent revenge on an abuser, as Lisbeth does. Identifying with Lisbeth was a safe outlet for anger that I didn’t want to act on in real life. As Kate Scott explained in this 2018 BR group post, Lisbeth upends cliched revenge fantasies of a male hero avenging a female victim. “She is hunted; she hunts the hunter…Women have revenge fantasies too.” The original Swedish title of the first book, Men Who Hate Women, makes the theme of revenge on misogynists explicit.

While the feminist interpretations of Lisbeth’s character are obvious, readers often overlook the disability rights angle of her story. Disappointingly, most of my search results for Lisbeth and mental illness or disability were attempts to armchair diagnose her. I agree with Anne-Marie Lindsey, who writes: “Larsson wisely sidesteps actually giving her a diagnosis by refusing to separate her mental state from the environment in which she exists.” Whether Lisbeth’s mental illness is genetic, PTSD from her life experiences, or a combination of both, is unimportant to the story.

In her early teens, Lisbeth attacks her abusive father, avenging her mother. A court declares her “mentally incompetent” and dangerous, and she is institutionalized. Her advocate, Holger Palmgren, fights for her to be deinstitutionalized and becomes her first guardian. The first book and its American movie version explain Lisbeth’s guardianship much better than the Swedish movie, which glosses over it. The American version includes more material from the book and shows a heartbreaking scene of Lisbeth finding Palmgren after he has a stroke.

Lisbeth’s legal status makes her vulnerable to her next guardian, Nils Bjurman. In the later books, we learn this wasn’t coincidental. Bjurman colluded with Lisbeth’s abuser from the institution to be assigned to her. Neither Palmgren nor Salander herself would have consented to Bjurman being her new guardian. Bjurman rapes Lisbeth twice and restricts her access to her own money.

The sexual abuse is so violent that some readers might not notice the financial abuse. However, these are two forms of abuse that disabled people often experience in real life. One attack occurs after Lisbeth tells Bjurman that she needs a new computer. He belittles her work as a brilliant researcher and hacker, as if she’s a kid playing online. Ableist abusers often deny disabled people’s agency, infantilize us, or dismiss our work. For people with physical and intellectual disabilities and mental illnesses, denial of competence and independence takes various forms.

I initially viewed Lisbeth as much more independent and indomitable than myself. A closer analysis shows that she’s isolated and disenfranchised: a mentally ill ward of the state with a violent juvenile criminal record. The intersecting systems of mental health, social services, and criminal justice have failed her in every way possible for her entire life. She can’t call the police because she thinks they’d never believe her or even care. Her past acts of violence and her obviously illegal work as a hacker would also work against her. Her revenge against Bjurman is elaborate and brutal, but it makes perfect sense that Lisbeth would seek revenge outside of the criminal justice system. Of course, not all guardians are abusive, but the Millennium trilogy exposes the potential for abuse when people are denied civil rights.