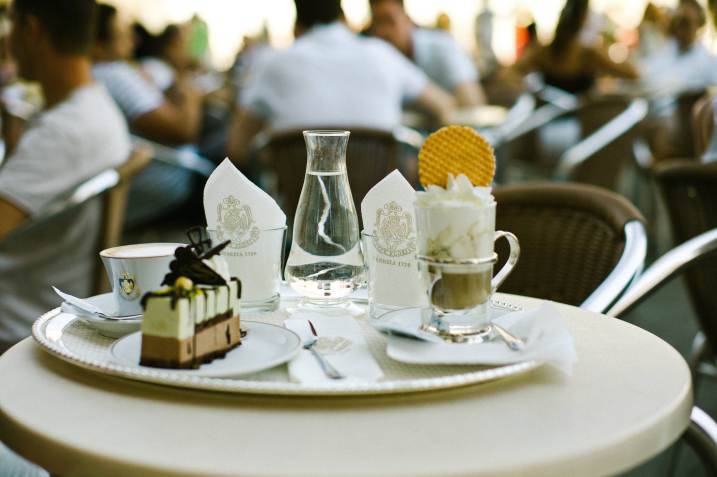 For a long time, the only thing I knew about Daredevil was that he was the subject of the Ben Affleck movie that even (or maybe especially) people who loved the character with all their heart seemed to loathe. Even reading that sentence might spark flashbacks for some dedicated Daredevil fans of having to plead with and promise prospective readers that the character really was cool, despite the movie. I confess that, for a long time, the reputation of that movie (I say ‘reputation’ because I still haven’t seen it) was enough to leave me disinterested in the characters.

Yes, I understand that this is stupid, but you have to understand that it took me a long time to get into comics. I was intimidated by the vast (retconned, rewritten, rebooted) histories of so many characters. For years, I stuck to Alan Moore (because focusing on one author kept neat boundaries) and Batman. That was it. I was like a customer at a restaurant who discovered a dish he really enjoyed and insisted on never trying anything else on the menu.

My point is that if widely popular characters like the X-Men, Spider-Man, The Avengers, and even Superman weren’t part of my comics habits, then an undercard character like Daredevil didn’t have much of a chance of breaking into the rotation.

When I began branching out (around the time the Marvel Cinematic Universe got rolling in earnest) into the wider comics world (mostly Marvel and Image, with a little DC sprinkled in), I tried to hone in on recommendations concerning specific writers, artists, and runs. The enormity of most super-characters’ histories was still a hurdle, but compartmentalizing the characters using specific creators and arcs made clearing it a whole lot easier.

Enter Mark Waid. When word of a Daredevil TV series (which I really like, by the way) first made its rounds on the internet, I heard a few people (A) express hope that this show would once and for all bury the awfulness of Affleck’s version and (B) bring some of the best-loved elements of the comics to the screen. The creators I most often heard associated with the latter of these hopes were Frank Miller and Mark Waid. I gave Miller’s run – hailed as a landmark revitalization – a chance, but I’ve discovered a personal allergy to much 1980s comics art that hasn’t yet been overcome.

Waid’s efforts (along with artists Marcos Martin, Paolo Rivera, Khoi Pham, Chris Samnee, and Jock) were a different story. The art was great (particularly the images depicting what Matt Murdock “sees” using his enhanced radar-sense), but the writing blended humor and gravity as well as any Marvel book I’d read, all while making really compelling a character whom I had essentially written off as, at best, a minor league addition to my comics fandom.

Waid’s run on Daredevil worked so well, in part, because it didn’t impose the character’s past on his present exploits. As with all superhero books, old enemies, friends, and themes show up, but I found that Waid blended them into new narratives as smoothly as possible. But even more than that, I think Waid’s run worked so well for someone new to the character because he focused more on the person of Matt Murdock than on his role as an acrobatic ass-kicker. Matt struggles with the affects of his alter-ego (and the media circus it creates) on his role as an attorney, he faces disbarment, he moves to a new home, a close friend is diagnosed with cancer. Daredevil, under Mark Waid, has become a very personal book. Daredevil still faces nefarious plots, and he unquestionably gets his fair share of punches and kicks and improbably contortions in, but a huge portion of the action is emotional rather than physical.

I know that this characteristic of Waid’s work is not universally adored by Daredevil fans. There’s actually a website devoted to readers who want him off the character altogether, like angry fans of college football team who hasn’t been to a bowl game in a few years. Of course, I think these people are crazy, but sadly, they’re about to get their wish.

Mark Waid’s last issue of Daredevil will hit shelves in just a couple of months, in time for Marvel’s All New, All Original lineup. I know Waid has had an exceptionally long run on the character (the longest in Daredevil’s history, in fact), but I’ll still be sad to see him and his artistic partners in fearlessness go. I can’t help but feel that way about a writer who transformed Daredevil from an also-ran to an essential part of the Marvel Universe for me and my reading habits. I get as giddy at seeing a new Daredevil in my Marvel Unlimited app as I do for any other issue of any other book, save maybe Nathan Edmondson and Phil Noto’s Black Widow. That’s high praise, coming from me.

So I want to say a fond farewell to Mark Waid’s exceptional Daredevil run. Bravo, sir. I hope the character is in capable hands going forward, because you’ve done as well by him as anyone could hope to, and fans like me who’ve been drawn to the Man Without Fear because of the way you wrote him are going to miss having this version of Daredevil around. I can’t wait to see what you do next.