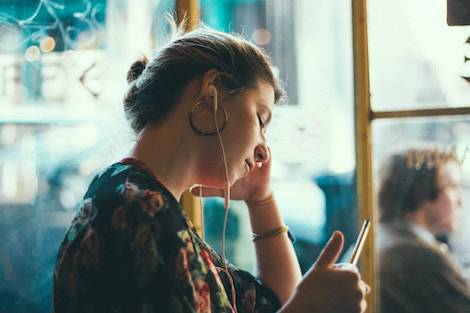 Digital technology is again disrupting the rules of book selling. Ebook self-publishing allowed Andy Weir, Hugh Howey, E. L. James, among others, to become best-selling authors. Now Dennis E. Taylor has written an under-the-radar bestseller by selling first to Audible.com with his science fiction novel We Are Legion (We Are Bob). The book is relatively unknown because Taylor is still selling self-published printed copies on Amazon, but it’s a huge hit on Audible. 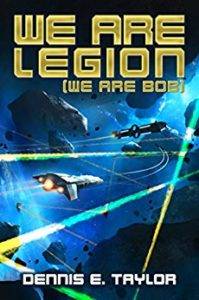 What the hell did Taylor write to create such a success? The book is a lot of fun! It’s not a literary masterpiece, doesn’t really have a plot, and most of the characters are the same person. Yet, it works very well as entertaining science fiction. Ray Porter, who narrates the trilogy on audio, is pitch-perfect for the job. I expect he’s a major factor in the success of the Bobiverse trilogy.

I’m also wondering if Audible and audio books are changing the way bestsellers are created. I was recently doing statistics on the way books are rated on Goodreads, Amazon, and Audible (all companies owned by Amazon). Generally, Goodreads has the most ratings for books by far, but that’s to be expected. It’s a site for collecting and rating books. But books on Audible generally get way more ratings than Amazon. Are more bookworms listening than reading? Then I realized that people listen to books on their smartphones. When a book ends empty stars pop up to rate the book – almost impossible to ignore. It’s just more convenient to rate books on Audible. Far few readers go back to Amazon to rate a title.

Still, how much does Audible influence the success of books? We Are Legion (We Are Bob) proves Audible by itself can create a bestseller. Of course, it takes a good book too. Again, are more bookworms listening to their books than reading them?

My guess is the book was written to push all the buttons science fiction fans have for loving science fiction. We Are Legion (We Are Bob) is science fictionally recursive. (You might need a high Geek score to understand it.) Dennis E. Taylor is the James Thurber of science fiction, turning all of us into Walter Mittys imagining ourselves having Bob’s Big Sci-Fi adventure. Of course, it’s the Jimiverse in my mind. And even though this story has a male POV – there are damn few women characters – plenty of women readers love the book at Goodreads. Evidently, women readers have no trouble renaming Bob after themselves for their own personal fantasies.

The book only gets 11,834 ratings with an average score of 4.33 out of 5 stars at Goodreads. One of the few books I found with fewer ratings at Goodreads than Audible (32,137). I wonder if that’s because more of the people rating the book at Goodreads only read it. Around 120 people are adding this title to their Goodreads library each day. Compare that to New York 2140 by Kim Stanley Robinson, a recent SF book that’s getting a lot of mainline press. It’s adding around 60-75 titles a day currently, and several hundred a day just after it came out.

Taylor’s story has just about every science fictional idea known to science fiction. I don’t want to list them all because it might create spoilers. But yes, I think the Bobiverse could be made into a movie, and should.