If you find yourself in London and have any attachment whatsoever to Ebenezer Scrooge, Miss Havisham, Sydney Carton, Mrs Jellyby, Richard Swiveller, Samuel Pickwick, ET AL., you will in all probability want to trot yourself on over to the Dickens Museum at 48 Doughty Street, directions to which you can obtain from the good ladies at Persephone Books, located nearby.

48 Doughty Street was the rented home of Mr Charles Dickens from 1837 to 1839 (ages 25 to 27). It is his only surviving London house. During these years, he was working on The Pickwick Papers, Oliver Twist, and Nicholas Nickleby.

As with all house museums that are the MOST fun, the Dickens Museum allows you to wander through at your own pace, and has placed docents throughout the house to answer questions and, presumably, to ensure you don’t make off with something like Dickens’s speaking lectern (which, yes! they have!). They will answer questions like “So his sister-in-law that he was super creepy about lived in this bedroom right next to his & his wife’s?” (look, he wanted to be buried next to her; it was weird)

Since it was a rented house, many of the pieces are of the period and not original to the Dickens family, but they have a large number of items and pieces of furniture from other Dickens homes, including his writing desk and chair, which you can stand and stare at for however long you wish.

If you cannot make it to London anytime soon, but still wish for a walk-through, look no further: 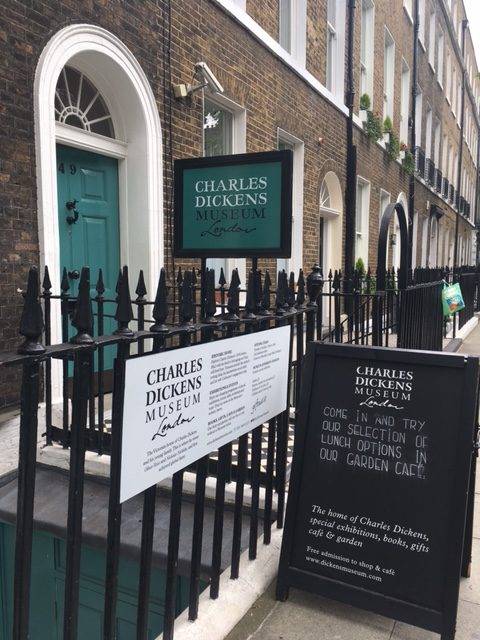 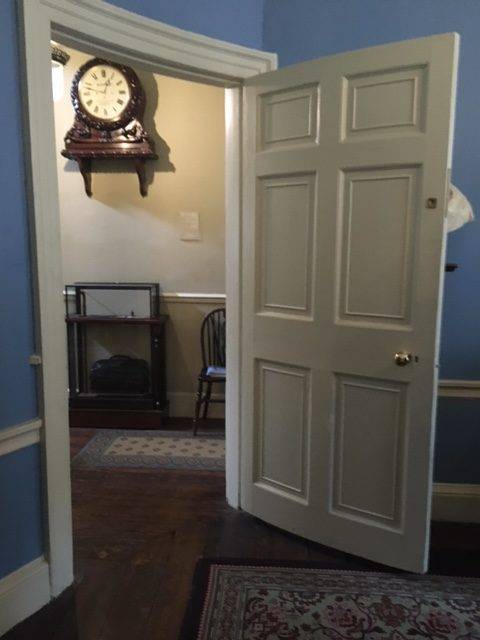 The curved door in the ground floor dining room, just off the entryway. 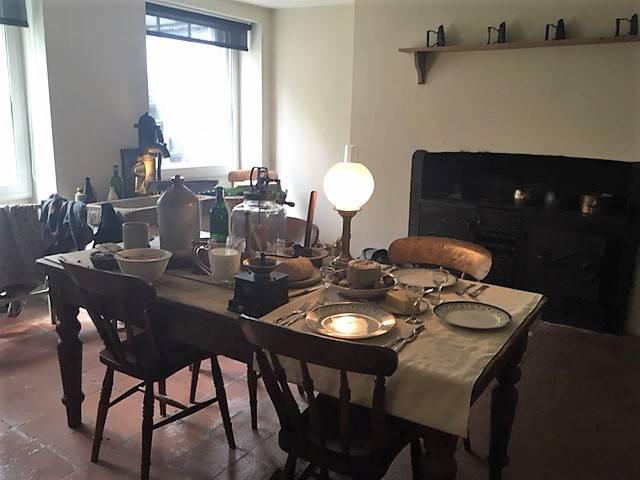 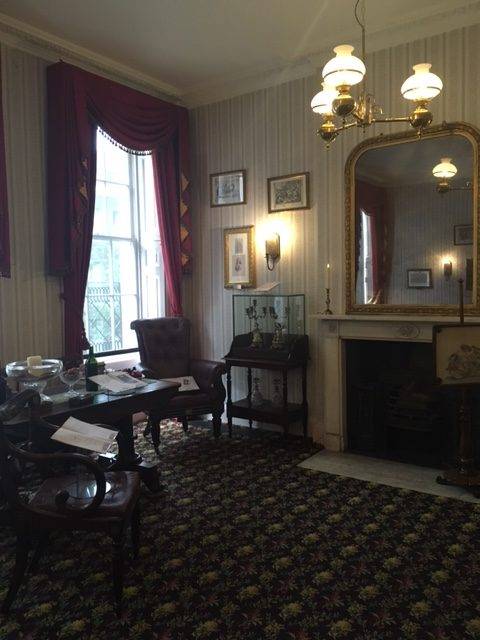 The drawing room where Dickens would have his friends watch him perform. 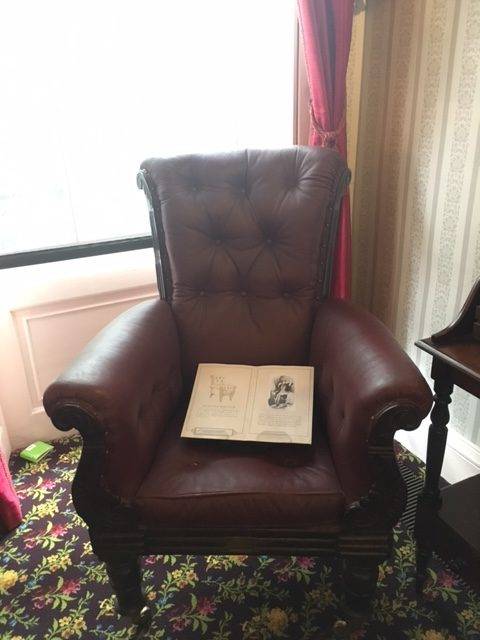 His very armchair! One of the original to the home pieces. 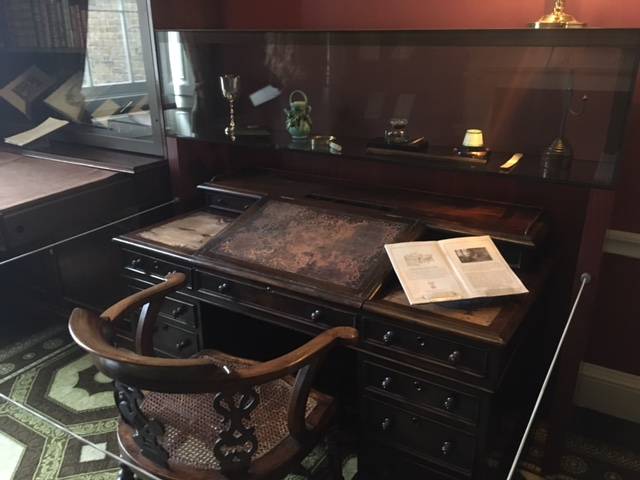 His office! Right off the drawing room. 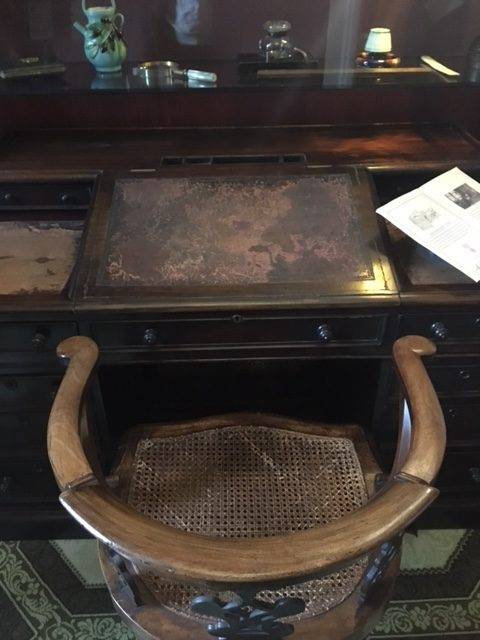 You could be looking over his shoulder as he writes! Exciting. 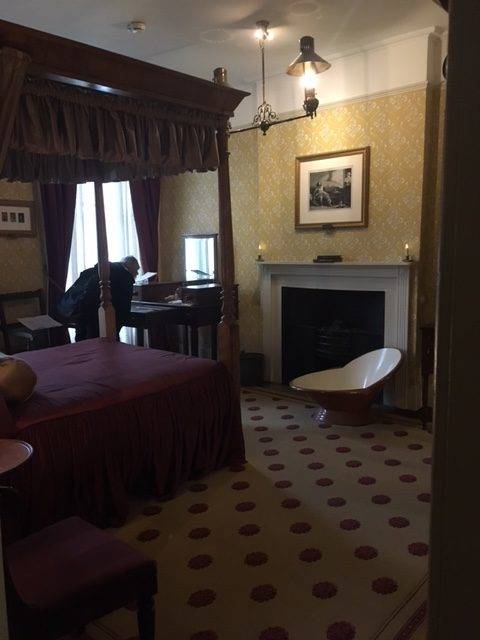 Dickens’s bedroom that he shared with Catherine. There’s an exhibit in the room about what an absolute ass he was to her later in their marriage. 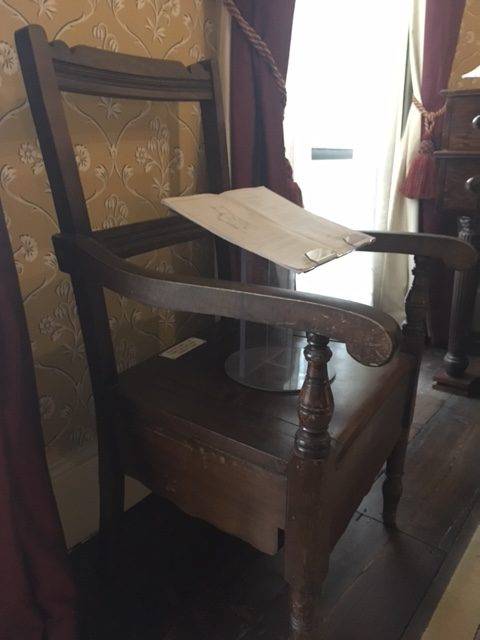 This, ladies and gentlemen, is a toilet chair. 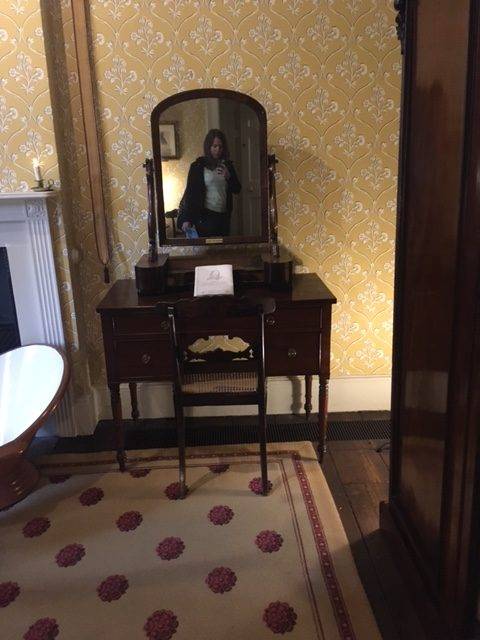 The mirror in Dickens’s room where he used to practice his live readings and where you can now totally selfie. 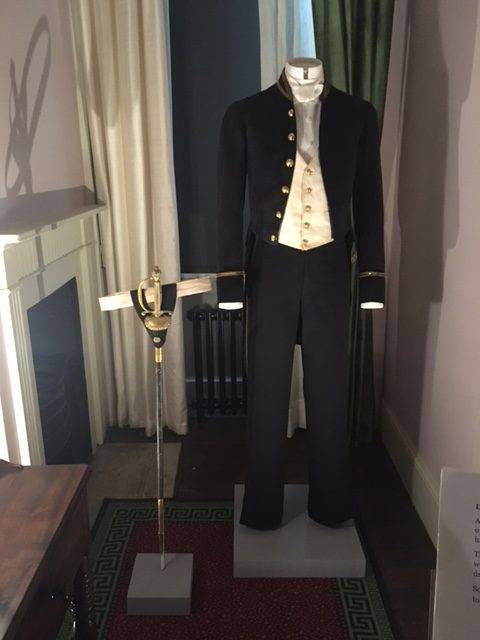 Very possibly his LAST surviving suit? If you’re into that sort of thing. This is his dressing room, right outside his bedroom. 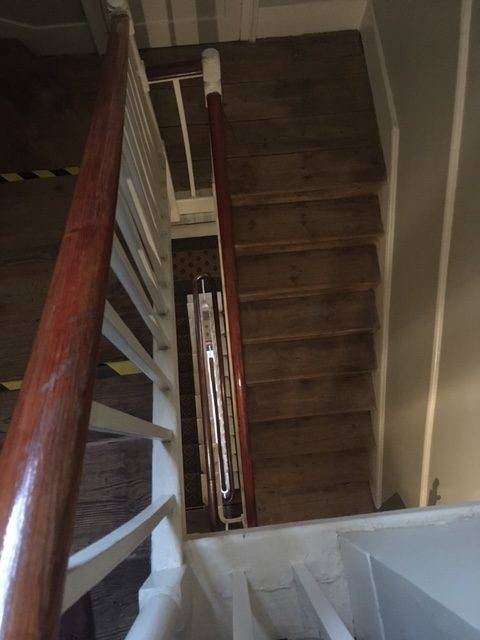 Looking down from the top floor, where the servants and children slept. 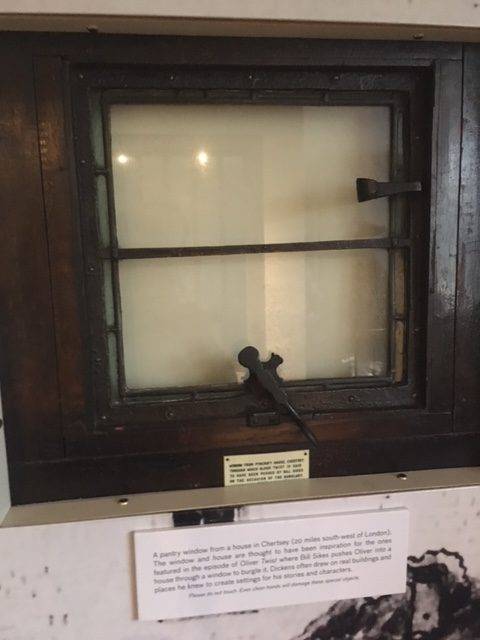 Thought to be the window that inspired the one Bill Sikes pushes Oliver Twist through, formerly in another home, now in the former nursery.

There we have it! A smattering of photos from the Dickens Museum in London. Hopefully you will go, grill the docents about Dickens’s disgusting treatment of his wife WHILE acknowledging his genius as an author, and find your own favorite part of the house. Mine? Probably the toilet chair.