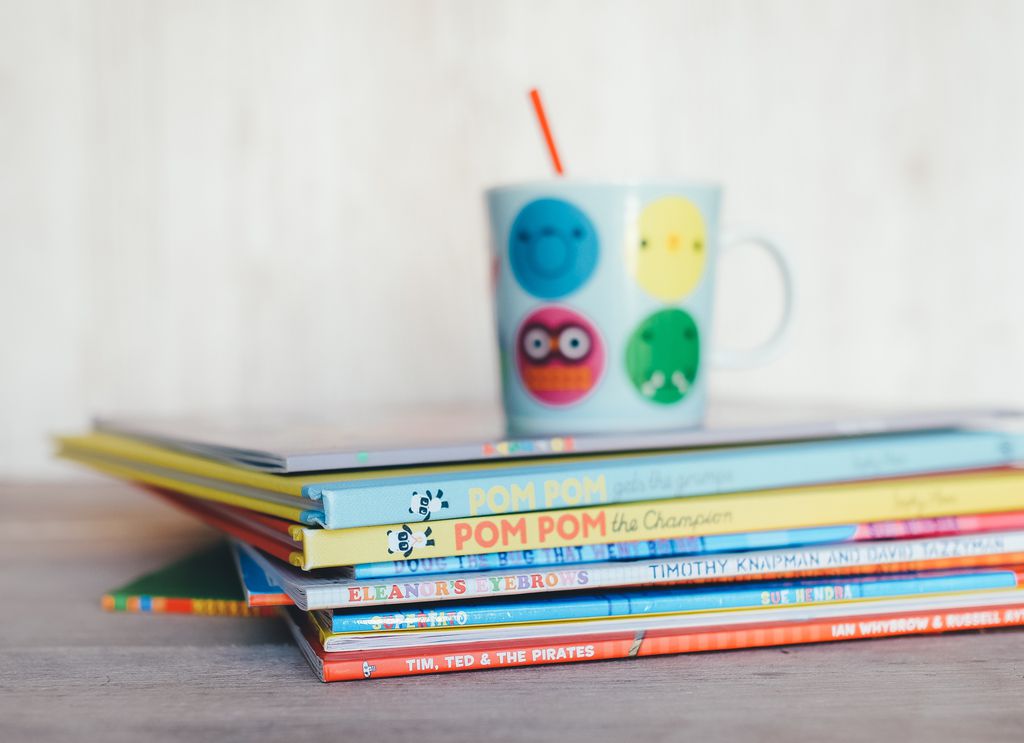 At the beginning of the school year, I pull each of my four-year-old students out into the hall and assess his or her nursery rhyme knowledge. During the assessment, I recite a nursery rhyme and leave out an important bit. For example, “Jack and Jill went up the hill to fetch a pail of water, Jack fell down and broke his ____.” Now, we all know that Jack broke his crown, but most preschoolers guess that he broke other body parts including his elbow, knee, and face. Recite Jack and Jill in your head and this time insert “face.” It is hard to keep a straight face during these assessments!

After recording this data, I begin teaching my students a nursery rhyme each week. At the end of the year, I reassess, and usually am delighted to find out that they memorized much of the nursery rhyme canon and now know that Jack broke his crown.

Why should we still read nursery rhymes?

Nursery rhymes sound a bit outdated. Four-year-old children usually think that Jack broke his diadem instead of cut his head. Through discussions of such antiquated turns of phrase as “broke his crown,” nursery rhymes build vocabulary. They introduce small children to such important concepts as rhyme and rhythm. They are fun to memorize and say.

In my own classroom, my students now revel in relating that a crown means head, so basically Jack cracked his head and was bleeding. They get really into the bleeding part. Most frantically wave their hands in the air and want to share their own story about bleeding, head injuries, or falling down. Nursery rhymes prove to be great conversation starters for the four-year-old set!

Throughout the school year, we also visit some alternative nursery rhymes in collections and retellings. Here are some of my students’ favorites: 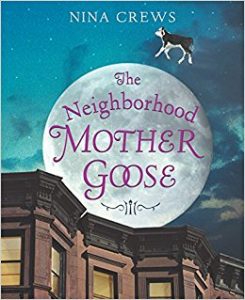 This is a beautifully illustrated collection of traditional Mother Goose rhymes. Crews used her own Brooklyn neighborhood as inspiration for photographs that provide rich backdrops for each nursery rhyme.

The favorite photo among my nursery rhyme critics is the one that accompanies There was a little girl… In this photo, a little girl looks right at the camera with an obstinate look while almost snipping her doll’s hair with a pair of blunt-nosed scissors. So much discussion happens when I show this page! 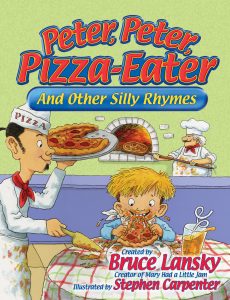 Peter, Peter, Pizza-Eater and Other Silly Rhymes by Bruce Lansky

Kids simply think this one is hysterical! Rhymes include Tinkle, Tinkle Little Bat. Wonder where the potty’s at? and Hickory, dickory, dock! A goat just ate my sock. This book is so much fun to read! 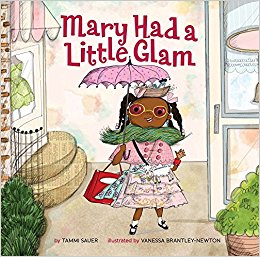 Mary Had a Little Glam by Tammi Sauer

Fancy Nancy would probably be best friends with Mary who had a little glam. Mary loves to dress up! At school she accessorizes the students, teachers, and principal with boas, beads, and boleros. The glitz and glam suit everyone until recess when Mary learns that sometimes less is more. Added bonus: the students in her class are from other nursery rhymes. My students feel very accomplished when they identify Little Boy Blue, Georgie Porgie, and Little Bo Peep. Literary allusions for the youngest of readers! 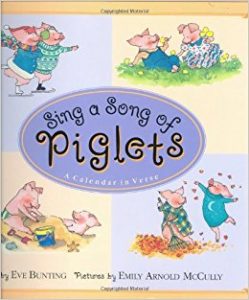 Sing a Song of Piglets by Eve Bunting

Eve Bunting writes a new “Sing a song of” poem for each month of the year. The sweet rhymes help young children learn about the months of the year. I dare you to ask a child under the age of six anything about a calendar and you will be shocked about how little they grasp the concept of time. These rhymes help them make sense of how we organize our calendar. 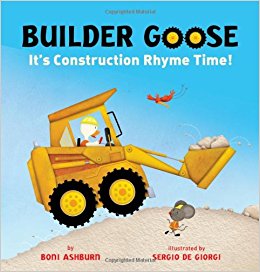 When kids are tired of Mary, Mary Quite Contrary, Mary Had a Little Lamb, and all the other nursery rhymes about a Mary, introduce them to this book. Builder Goose contains such rhymes as The Itsy-Bitsy Skid Steer and Do You Know the Bulldozer?  Impress your friends and expand your own knowledge of construction site vocabulary. I correctly pointed out a heavy grader along the road the other day after reading,

Here is my blade to spread the soil out.

Check out these nursery rhymes about death, or all of our children’s book recommendations and discussions.