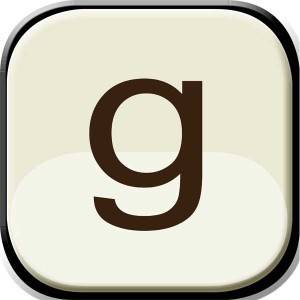 Goodreads announced yesterday that it has been bought by Amazon. The immediate response on the bookternet (or at least my corner of it) was shock and a fair bit of outrage/disappointment.

via GIPHY
The response on Goodreads’ announcement and in their Feedback forum has been overwhelmingly and surprisingly negative. As happens with any big change to something people are used to, Goodreads loyalists are suspicious, upset, and threatening to leave (and some are doing more than threatening- there are plenty of [deleted member] tags on the feedback threads this morning).
via GIPHY
I would consider myself a Goodreads moderate-to-super-user: I’m a volunteer librarian for the site, have been a member for several years, am sometimes-active in a handful of groups, and check it daily to update my reading journal (though I use LibraryThing for serious book cataloguing for reasons I’ve previously outlined). After the announcement, I went through one of those Very Emotional And Confused periods of five minutes. But the feelings of shock or disappointment quickly dissipated into a little bit of HEY WAIT A MINUTE I DON’T LIKE AMAZON SORT OF WILL THEY CHANGE STUFF WAIT WAIT WHY ARE THEY EVERYWHERE UGH.
via GIPHY
And now I’m pretty much over that and have landed where I think a lot of Goodreads users have landed: cautious optimism, with my finger resting ever-so-gently on the “export” button. Here are a few of my scattered thoughts/concerns:

1. Good on Otis and Elizabeth. They spent five years busting ass to build something interesting and useful for readers that I get daily mileage out of. The number of GR users (somewhere around 16 million) don’t lie: Goodreads is a great site and the builders deserve their pay-out. It doesn’t make them sell-outs. It doesn’t mean they’ve betrayed any noble bookish ideal. They built an innovative start-up that millions of people find value in, and they deserve whatever eight-figure amount Amazon gave them.

2. Indie Bookstores. A lot of the outrage directed at the acquisition is about this: if the 16 million Goodreads users have Amazon buy buttons shoved in their faces, is that going to negatively impact indie bookstore sales? I don’t think it will make a difference. People who shop at indies do so for reasons that don’t have anything to do with the internet (at least in my experience) and will continue to do so. If you’re concerned about the state of indie bookstores, put your money where your mouth is- rage doesn’t pay their bills. The bigger question here is, do you want to continue using a site that is owned by an indie bookstore-killer? This is a little more complicated, but I think it boils down to not mattering (again). Amazon also owns IMDB, which I use frequently but don’t buy anything from, and I think it will be the same here. I’ll use Goodreads and just…keep buying books from the little shop down the street. Talk and righteous indignation are great, but it’s dollars that matter in keeping indies afloat. Deleting your Goodreads account won’t do anything to keep indies’ doors open, and the doings of an international monolithic corporation can quickly become irrelevant to your local indie if enough people in your specific neighborhood are supporting them.

3. Ooohhh, Publishers. This is Awkward. Publishers advertise on Goodreads. Will they continue to do so now that it’s owned by a company that seems hell-bent on market control and sorta-maybe-destroying everything they hold dear (whether or not that’s actually true, that’s often the perception)? Sure they will. Goodreads is the largest bookish community on the internet- the advertisers aren’t going anywhere. What that says about publishers (or at least the Big 6) and Amazon bedding down more and more as time goes on…we’ll have to see.

4. The State of the Review Policy. Is Amazon going to own my reviews? In his comments on the Feedback forum, Otis says that there is no plan to change the review policy (which currently is that you own your reviews). That’s corporate speak for maybe? We’ll see what the new boss wants? This concern also reaches to writing reviews themselves: the Amazon policy is famously draconian, sometimes bordering on censorship. They’ve been known to delete unfavorable reviews. Authors aren’t allowed to review other authors’ books, in some cases. Is this going to happen on Goodreads? Will we lose review freedom and the unbiased, independent nature of the place in order to placate authors or Amazon’s sales department? This is my biggest worry: if my reviews are imported over to Amazon without my permission, or if the “anything goes” review policy changes, I will delete my account with a quickness. But Amazon also owns a minority share of LibraryThing and they have kept all their review policies, so I doubt this will happen.

5. Keep the Authors Away From Me. I’m the type of Goodreads user who does not appreciate the amount of self-published author spam I already get over there- enough that I had to set up a message whenever I get a friend request that amounts to “if I haven’t already shelved your book, please leave me alone.” The communication from Goodreads about the acquisition has a lot of double-speak about how the merge will make it easier for authors to find customers who might otherwise not know about them: does that mean more author spam? Come to think of it, this might also be enough to make me leave the site. I’ve never had an author bother me on LibraryThing, but it’s daily on Goodreads.

6. There’s Nowhere Else To Go. Goodreads’ only real competition is LibraryThing– but Amazon also owns part of that site (LT is partially owned by Abebooks, which Amazon bought). The owners of LT still maintain majority ownership so nothing has really changed over there, but it remains that there are no really effective bookish social media sites that don’t have at least some Amazon presence.* Shelfari, of course, is also owned by Amazon. If you want to avoid Amazon altogether, you’ll have to catalogue your library on a spreadsheet and go back to a reading journal kept on a .doc or in a spiral notebook. On a more universal level, there’s nowhere else to go in almost all of the book world: Amazon is in publishing, self-publishing, e-books, all the social media sites. For many people, this acquisition could be the last straw. They’ll leave Goodreads not because of any particular site change, but because it’s just one more indication that Amazon is monopolizing the book world.

So those are things I’ve been mulling over since the announcement. Review independence, intrusive authors encouraged by a shift from a social media atmosphere to a selling atmosphere, and a mix of “good on ya, Otis.” I haven’t decided if I’m going to delete me account, keep it but stop using it for reviewing, or what. What do you guys think?

*This is not to say that LibraryThing and Goodreads are the same. They have some major differences, not the least of which is how they use your data. Check out this thread from LibraryThing’s owner for their response to the acquisition.