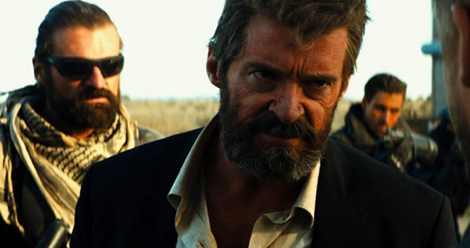 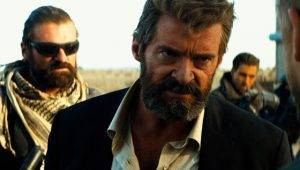 OK, we’ve got about ten minutes between superhero movie releases this summer (I kid, I kid), so I want to take a quick second to examine Hugh Jackman’s performance as Wolverine (in Logan and the other X-movies) and explain why it deserves to be recognized by the Academy of Motion Picture Arts and Sciences.

I’ll start with a caveat: I know that this isn’t going to happen. Hugh Jackman is not going to receive an Oscar nomination for his role as Logan/James Howlett/Wolverine in James Mangold’s Logan. He’s not even going to eek out a nomination because of the Academy’s famous (infamous?) but unspoken if-you-do-something-long-enough-and-keep-doing-it-reasonably-well-when-you’re-older-we’ll-give-you-an-Oscar policy. Let’s call it the Scorsese corollary.

There are a lot of reasons for this. First off: Logan is a superhero movie. Really, that’s the only reason the Academy needs, since, in the their minds, superhero movies are terrible, no good, very bad leeches that suck attention from the kinds of mid-budget, Very Serious Dramas that they love giving awards too. (And, just, let’s not bring The Dark Knight into this, ok? It’s widely regarded as the best superhero movie ever, and it took the tragic death of one of its stars to goad the academy into finally admitting that, yes, ok, maybe the actors in superhero movies could be something more than a tool for selling more action figures.)

And it’s not just the bitterness toward the tentpole summer blockbuster-type movies that plays a role here. Put simply, the Oscars have a genre caste system. Very Serious Dramas are at the top (special consideration for movies about war, sports that were at their most popular in the 20s and 30s, period pieces, gangster movies, musicals, and movies about movies). Genre movies made by already-decorated directors also get a seat at the table, as do movies starring pretty people who suffer through 5 hours a day in a makeup chair to look less pretty for their roles. Let’s call it the Charlize corollary.

But wait! Isn’t Logan one of them there genre movies directed by an award-winner? Why, yes it is!

Ooh, now that’s interesting. Confronted with two competing Oscar ideologies, which side will the academy choose?

I’m just kidding. The academy is gonna do what it has (almost) always done and ignore the non-technical contributions of a really good SFF, comics-sourced movie because it doesn’t fit their ultra-rigid standard (maybe the Golden Globes would do it, but not the Oscars).

It’s a shame for a number of reasons. Yes, Jackman has put in nearly two decades of work in developing a character who’s as layered and interesting as any other onscreen superhero, and yes, Logan is an excellent departure from the city-destroying scope of typical Marvel/DC fare.

But it’s also a shame because Logan represents something that those who look down their noses at most comics adaptations claim to want: scaled-down, thoughtful, character-driven drama in place of bloated, CGI-laden action figure commercials (which is, I’m afraid, exactly how they see comics adaptations). Logan, for me, showcases the best of what Wolverine brings to the table. Sure, it’s been tons of fun over the years to watch Mr. Adamantium sink his claws into any number of faceless villains (and there’s plenty of that to be had in Logan), but Jackman and Mangold (who also wrote the script) deliver the loneliness, loyalty, and pathos that has defined the character in his comics iteration for decades. You can tell that Jackman relishes playing the battered “Old Man Logan” version of the character and he shows off in his interactions with Professor X and Laura, the child he’s helping escort to a safe haven that may or may not even exist.

And, no, I don’t think that Jackman failing to get a nomination (or Logan potentially missing out as a film) would mean that writers and directors won’t try to do interesting things with familiar characters, but it would be an important nod from a body that has done its best to vilify comic book movies as Hollywood’s latest harbinger of artistic and creative doom.

Of course not all superhero movies are good, but the idea that they’re nothing more than second-class entertainment has been exposed as ridiculous by the number of top-shelf directors that have already taken shots at crafting more interesting versions of the prototypical superhero blockbuster in the past few years. Yes, Ava DuVernay (Black Panther), Edgar Wright (Ant-Man), and Michelle McLaren (Wonder Woman) have backed out of the director’s chair over creative differences with studios, but decorated pros like Ryan Coogler and Patty Jenkins have stepped in to make sure that our heroes are in great directorial hands.

If you’re a fan of comic book adaptations, you want high-level directors like these interested in telling your beloved characters’ stories, and you want actors fully invested in delivering the goods when the cameras roll.

Since 2000, Hugh Jackman brought that kind of committed approach to Wolverine, even when the movies around him didn’t rise to his level. Logan is where performance and story — not least of all because there aren’t a dozen other X-Folks vying for screen time — came together. For that, a lot of people deserve credit, but nobody more than the man who has brought Logan to life since the turn of the century.

Now get that man a statue, bub.