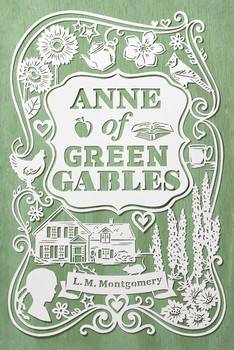 It’s no secret that I’m really enjoying the run of Squirrel Girl by Ryan North and Erica Henderson. I’ve interviewed Ryan and talked socks with Erica (yes, really) and basically it made me love the series even more because they are both nice people. The first thing that everyone notices when they see The Unbeatable Squirrel Girl is the distinctive artwork. It’s different than anything else on Marvel’s main books and in my opinion it’s also some of the very best.

I have read contradictory views on the artwork; one person referred to the art as “clown shoes” while the next declared it was the main reason they were reading Squirrel Girl. Although there is not much middle ground here, I think way more people like it than don’t and the book is selling well. The traditional “core demographic” of comics are the vocal unhappy group it seems; meanwhile everyone else is on the Squirrel Girl train.

The one word that everyone seems to use when describing Squirrel Girl is fun. The art is bright, rounded, and clean, this is in part due to colourist Rico Renzi. Erica’s art uses space well and Rico is all over that lending bizarreness to the comic that somehow reminds me of the original other worldly colouring on Barberella but is closer to Lumberjanes than anything currently in Marvel’s lineup. It’s a tonal shift and Marvel has placed a lot of trust in the team and I think they’ve nailed a style that appeals to all ages.

Squirrel Girl has visibly diverse and representative characters in it; just looking at the first few pages, it shows different body shapes and skin colours right away. I recall one commenter complaining at how wrong the issue one was to show white people robbing black people “because it was unrealistic” and I thought “Erica is on point if you dare call that unrealistic!” Squirrel Girl is not trying to accurately depict the real world in its art but it’s doing a good job of portraying diverse modern society.

A lot of guy commenters have called Doreen Green ‘physically thick’ and talk about her booty. Not only do I not care at all about the opinion of the male-gaze I think this is doing her design a massive disservice. Erica has said that she draws some of her female super heroes heavier to make them look more physically able to deal with the fights they get into. This works with a physical character like Doreen Green perfectly and she’s happy with her looks and is body confident. Characters who have body confidence and aren’t really thin, tall, and large breasted? Improbable!

We need heroic characters with different body shapes in comics. My daughter sees herself in Doreen and relates to a character that isn’t whining about how she looks, isn’t there to be stared at by guys, or just to be a team accessory; you won’t catch this Squirrel Girl insulting her own looks. Doreen is happy, confident and kicks-butt; that’s the kind of character I want to read and show my daughter. The Unbeatable Squirrel Girl isn’t meant to be a realistic book but it’s diverse and funny and my daughter giggles while reading it and that’s worth the price of entry alone. If you wrote Squirrel Girl off just based on the art, you made a mistake, but one that you can fix pretty easily as it’s only on issue three right now. Issue four is out on April 22nd.

People also throw around the idea that Erica’s Squirrel Girl looks as though it’s stills from an animated show, which has made a lot of people want a Saturday morning cartoon, an idea I’m behind as long as it involves this current team. We’d get to hear that opening tune in all its fully animated glory; let’s get on with this Marvel!