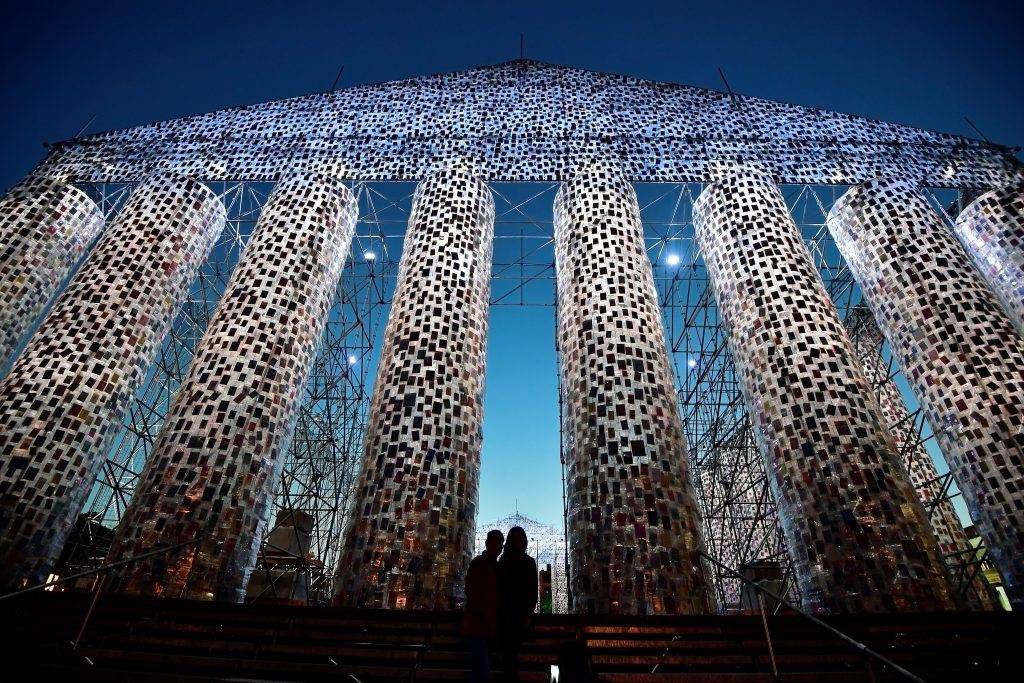 Sponsored by GOODBYE, VITAMIN by Rachel Khong. One of the most anticipated books of the summer! Published by Henry Hold

The installation has been constructed with the same dimensions of the real-life Parthenon in Athens, at the site where German Nazis burned books by Jewish or Marxist writers in 1933. The former temple was constructed in 447 BC on the hill of the Acropolis.

How to Pass Your O.W.L.s at Hogwarts: A Prep Course” is a curated collection of 40 images within The New York Academy of Medicine’s 33,000 rare book collection. (The organization’s main book catalog includes nearly 550,000 books.) The collection is available to view online, showcasing things like dragons from Ambroise Paré’s 1607 Les oeuvres d’Ambroise Paré: Sixieme Edition and the 1707 hieroglyphics attributed to Nicholas Flamel in the alchemical text, Medicina Practica, or the Practical Physician.

From the start, much of the attention focused on the book’s translator, Deborah Smith, a then 28-year-old PhD student at The School of Oriental and African Studies (SOAS) in London. In the West, reviewers lavishly praised the book’s “lyrical and lacerating prose,” referring directly to the translation itself as “masterful” and “exquisite.” Much was also made of the fact that Smith had started learning Korean only six years earlier.

After the Man Booker International prize, however, controversy began to emerge in South Korea. A number of articles in the Korean-language media began to report numerous mistranslations in The Vegetarian. Some newspapers even began to post line-by-line comparisons with the Korean text.

Apparently, the original version of The Vegetarian and the translated version are two completely different books.