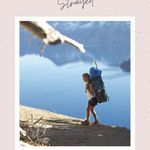 Here are ten authors like Cheryl Strayed, for those of us who can’t get enough of her writing. Readers might know and love Strayed for different reasons. Even if you haven’t read any of her work, you might recognize her name from the film adaptation of her memoir Wild, which starred Reese Witherspoon. Wild: From Lost to Found on the Pacific Crest Trail was a New York Times Bestseller, and was the first book picked for Oprah’s Book Club 2.0.

You might also know Cheryl Strayed from Dear Sugar, an advice column Strayed wrote for The Rumpus. Strayed’s answers to reader’s questions were especially poignant because of her ability to make personal connections to every person who wrote in through personal anecdotes and comforting language. Additionally, Strayed later published some of her more poignant responses as Sugar in a book called Tiny Beautiful Things. Now the column is no longer running, but you can connect to Sugar through the podcast Dear Sugar. Here, Strayed answers listener questions with Steve Almond.

Or maybe you’re a fan of Cheryl Strayed’s debut novel Torch. Like her memoir Wild, Strayed’s novel deals with issues of grief and specifically the loss of a parent. Although this work is fictional, it’s loosely based on the author’s own experiences. And that’s a lot of why people love Strayed’s work so much. It’s deeply personal, and the amount of herself Strayed puts in her writing makes the work feel universal.

What other authors have that deeply personal way of connecting to readers? Here are a few authors you might enjoy if you like Cheryl Strayed.

Memoirist and novelist Rob Roberge is friends with Cheryl Strayed. Together, they were on the faculty at Antioch University’s low-residency MFA program in creative writing in Los Angeles. In an interview with Roberge, Strayed praised his vulnerability, which is so much of what makes Strayed’s own work so successful.

Roberge’s most recent work Liar: A Memoir is about what happens when the author finds out he’s most likely developed a progressive memory-eroding disease from years of hard living and frequent concussions. Afraid of losing himself and his identity, Roberge begins the process of carefully recording some of the most formative moments of his life. But the more time he spends documenting the moments, the more he realizes how difficult it is to get to the truth of the past.

Adrienne Brodeur is an essayist and memoirist you will love if you enjoy Cheryl Strayed’s nonfiction work. Amazon named Adrienne Brodeur’s memoir Wild Game: My Mother, Her Lover, and Me the #1 Memoir of 2019. And The New York Times Book Review called Brodeur’s work “exquisite and harrowing.” Like Cheryl Strayed’s writing, Brodeur’s memoir is vulnerable, heartfelt, and thoughtfully deals with complex mother/daughter relationships.

Also like Cheryl Strayed, Brodeur is a part of the literary community in more ways that one. From 1996 to 2002, Adrienne Brodeur served as the editor in chief of Zoetrope: All-Story, a literary magazine. She is now the Executive Director of Aspen Words, a literary arts nonprofit and program of the Aspen Institute.

It’s very likely that Roxane Gay needs no introduction at this point. Gay is a contributing writer for The New York Times, and she’s also written books of fiction and nonfiction. She makes it onto this list for a few reasons. For one, in an article for The Strand Bookstore, Cheryl Strayed listed Roxane Gay’s essay collection Bad Feminist as one of the books she thinks you should read. This book is an examination of pop culture and feminism through essays.

But if you’re looking for more memoirs like Cheryl Strayed’s, read Roxane Gay’s memoir Hunger, another book that brings the word “vulnerability” to mind. The memoir looks at Gay’s struggles with her own body through weight, disordered eating, and sexual abuse. “Normally, you read books about weight loss and triumph and a woman standing on the cover of the book in half her fat pants. This is not that book,” Gay says. “It feels challenging and exhausting, but also necessary.”

This one counts as a read-alike and a watch-alike. If you liked Strayed’s memoir, read Robyn Davidson’s Tracks. And if you liked the movie Wild, check out the 2013 film adaptation of Tracks, directed by John Curran and starring Mia Wasikowska and Adam Driver. The story is all about the author’s nine-month journey to discover herself. As with Strayed’s memoir, this is a literal journey as well as a psychological journey. Davidson’s journey was on camels across the Australian desert.

All of Strayed’s work acknowledges and explores the difficult topic of grief in one way or another. Many of Joan Didion’s books do as well, but her memoir is where you should start if you’re looking for works like Strayed.

In Didion’s The Year of Magical Thinking, the author reflects on the hardest year of her life. Her husband died suddenly, only a few days after her daughter Quintana, her only child, fell ill. This book is Didion’s attempt to make sense of “weeks and then months that cut loose any fixed idea I ever had about death, about illness…about marriage and children and memory…about the shallowness of sanity, about life itself.” This book is one of those reads that is all at once difficult and comforting. Didion’s deeply personal exploration of grief will resonate with anyone who has lost someone.

You might not be familiar with Wong’s book, but you probably know her from her Netflix standup comedies Baby Cobra and Hard Knock Wife. Or maybe you’ve seen her on American Housewife, Are You There, Chelsea?, Inside Amy Schumer, or Black Box. But if you’re a fan of Cheryl Strayed’s Tiny Beautiful Things, you might also be interested in checking out Wong’s Dear Girls: Intimate Tales, Untold Secrets, & Advice for Living Your Best Life.

In Dear Girls, Wong writes heartfelt (and, of course, funny) letters to her daughter covering all of the things she thinks they need to know in life. Her letters cover topics such as dating and how to be a working mom in a male-dominated world. The advice mixed with personal anecdotes is definitely reminiscent of Dear Sugar.

Heather Havrilesky is another author you need to check out if you mostly love Strayed for her work on Dear Sugar and her book Tiny Beautiful Things. Like Strayed, Heather Havrilesky worked as an advice columnist. She was the voice behind “Ask Polly” for New York Magazine‘s The Cut. How to Be a Person in the World is a mixture of never-before-published material from the column, along with a few fan favorites.

In 2018, Havrilesky published a collection of essays What If This Were Enough? which should also appeal to fans of Cheryl Strayed. In this collection, which also includes a mixture of unpublished and previously published work, the author examines and questions the expectations of modern life.

If you’re looking for more authors like Cheryl Strayed, you might want to try Jia Tolentino. Tolentino is a staff writer for The New Yorker, and has also appeared in Time Magazine and Pitchfork. Recently, she contributed an essay to an anthology called Mothers Before: Stories and Portraits of Our Mothers as We Never Saw Them. This collection is another examination of mothers and daughters, as well as a look at who these mothers were before they were mothers.

Tolentino’s book-length collection of essays is called Trick Mirror: Reflections of Self-Delusion. In it, the author addresses topics such as Internet culture, “scammer culture”, and other “cultural prisms” that shape the way we see ourselves. Tolentino weaves her own personal experiences throughout the essays to make these issues more personal and therefore more affecting.

Elizabeth Berg praised Cheryl Strayed’s first novel, Torch, saying, “I loved the honesty of this novel, the way it looked at every aspect of loss and recovery—the pain, the joy, the absurdity, the anger, the despair, the hope and the great beauty—without ever holding back.” But that’s not the only reason you should pick up Elizabeth Berg’s books if you like Cheryl Strayed.

Berg has written many novels, and many of them cover similar topics that Strayed also is interested in writing about. Namely, Berg writes about finding oneself, and grief and loss. Berg’s short story collection The Day I Ate Whatever I Wanted is all about women who committed small acts of rebellion to get to a truer version of themselves. Her most recent novel The Story of Arthur Truluv is about grief, heartbreak, and the healing process.

For more fiction about grief, similar to Cheryl Strayed’s novel Torch, I cannot recommend Emily X.R. Pan enough. Sure, Emily X.R. Pan quoted Cheryl Strayed on her Tumblr account, but the connections in their work are deeper than that. Pan’s novel The Astonishing Color of After tackles difficult subject matter with heart and grace, much like Cheryl Strayed’s work. This novel mixes the difficult realities of grief with magic and hope in a story about a teen girl who loses her mother to suicide. She then becomes certain her mother has turned into a bird.

Need more book recommendations? If you’ve got more authors you love and want to find similar books to read, then consider TBR. TBR is a subscription service where professional book recommenders personally pick out books for you based on your specific tastes and requests. Think personal shopping, but with books!

Can’t get enough Cheryl Strayed? Well, you’re in luck, because it looks like Dear Sugar is back.  And for even more Strayed wisdom at the click of a mouse, check out these Cheryl Strayed quotes.