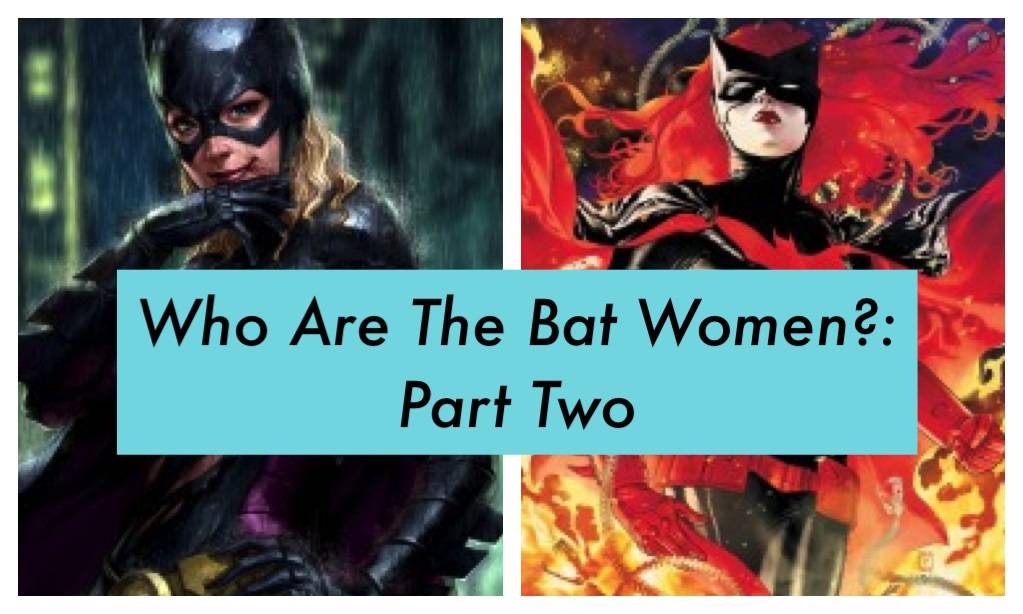 Prev: Who Are The Bat Women? Part 1

There are more to the bat women than meets the eye. As we continue to look at more of these kick ass women take on their mantles, we’ll see a far more diverse crop of ladies than we did in part one. We have the former soldier, the trained assassin, the underdog, the unknown, and the stand-in. Who are these ladies? Let’s find out! 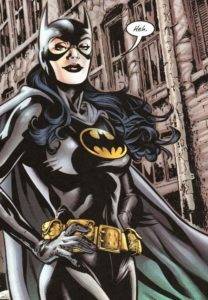 Helena Bertinelli is mostly known as Huntress in the DC Universe (or more recently, a Spyral agent) but for a few issues in 1999, she was Batgirl. During DC’s No Man’s Land event, Helena thought dressing up as Batgirl would scare criminals a lot more than she would as Huntress, and so for a few issues, she was Gotham’s Batgirl. Now some people will probably wonder why I would bother talking about Helena when she could easily be thrown in among the honorable mentions. The reason is because Helena’s Batgirl is a bigger deal than she’s given credit for. She was the first Batgirl since Barbara was paralyzed in The Killing Joke, and by wearing the cowl, she helped transition in the next Batgirl, Cassandra Cain. Most importantly, it sets up the BGB (the Barbara Gordon Blessing*) which I’ll explain later in Cassandra Cain’s section. Needless to say, Helena wasn’t all that great in following Batman’s orders which seems to be a Bat Family requirement. So she bailed on Batgirl, and went back to being Huntress again. 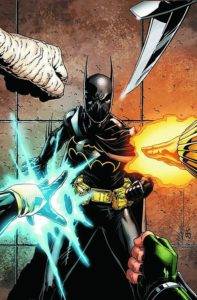 Cassandra Cain was introduced in the 1999, and was the daughter of world class assassins, David Cain, and Lady Shiva. She was literally born to be the perfect killer, and was deprived of speech, and human contact during her childhood. After killing someone for the first time at eight years old, Cass decided killing just wasn’t her thing, and ran away. A few years later, she met Oracle (Barbara Gordon), and Batman during the No Man’s Land event after she saved Commissioner Gordon from being killed by her father. Barbara gave Cass her blessing to wear the Batgirl costume, and became her mentor like she would for the other Batgirls. Cass became the first Batgirl to have her own solo series in 2000 and at one point, she was being groomed to being Batman’s successor. She slowly learned to speak and her illiteracy was a topic of discussion in her series along with her unwillingness to kill. Cass is also the first woman of colour to take up the Batgirl mantle and she eventually became Black Bat leaving Stephanie Brown to pick up the title after her. 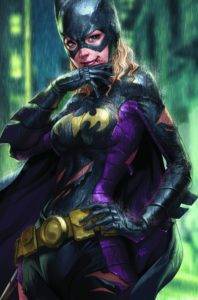 Stephanie Brown debuted in Detective Comics #647 on August 1, 1992, and was the daughter of a small time supervillain named Cluemaster. Deciding enough was enough, Stephanie dressed up as Spoiler, and left clues for Batman and Robin that would help take down her father. Although she dressed up only to stop her father, Stephanie started to enjoy being a superhero. She dated Tim Drake (the Robin at the time), was good friends with Batgirl (Cassandra Cain), and even became Robin for a short time (she was later fired by Batman). After Batman died in Batman R.I.P. (Spoiler Alert: He comes back), Cass walked away from being Batgirl, and Stephanie picked up the mantle in her place. Barbara Gordon (Oracle) wasn’t happy that Stephanie was running around as the new Batgirl, and even went as far as threatening to go to Mama Brown if she didn’t give it up. Stephanie ignored her but eventually proved to Barbara that she deserved the mantle, and got a new suit out of it. What made Stephanie an interesting Batgirl was that she was constantly underestimated, and seen as unworthy, but she constantly proved to the Bat Family and everyone else that they were wrong. She was not the best fighter but she’s probably the most relatable Batgirl of the bunch. Currently, Stephanie is back in the DC Universe as Spoiler. 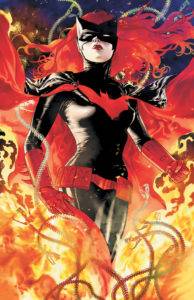 Kate Kane debuted in issue 7 of the 52 series in June 21, 2006. Daughter of a colonel, Kate join the U.S. Army before she was kicked out after being discovered with a woman. She was one of the most visible lesbians in the DC Universe, part of a small club of LGBTQ superheroes and was Jewish. After being rescued by Batman, Kate decided to become a vigilante and dubbed herself Batwoman. In her civilian life, she was a socialite thanks to the wealth from her stepmother, Catherine Kane (nee Hamilton), and was revealed to be the cousin of Bette Kane (aka Flamebird)**. She traveled in the same social circles as Bruce Wayne and dated Renee Montoya after she pulled her over for speeding. In the New 52, she dated and even proposed to Maggie Sawyer. Kate was the other red headed bat lady I mentioned before with a psycho sibling. Her sister was the leader of the Religion of Crime, Alice, which was the same cult that nearly killed her. Oh, family. Her solo series in the New 52 is probably one of the strongest books of the reboot with the most stunning art by J.H. Williams as seen here. 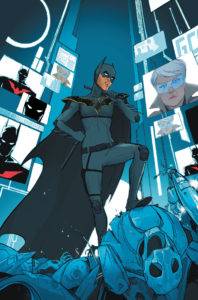 So we’ve looked at bat women of the past as well as the current run of the DC Universe, but how about a Batgirl from the future? More specifically, a Batgirl Beyond. In July 13, 2013, there was a three part arc in the Batman Beyond digital comics series that involved a mysterious new Batgirl on the scene, and a curious Commissioner Barbara Gordon. We don’t get a lot of information on who this character is especially since she hasn’t appeared since her debut. We do know she’s a woman of colour, her name is Nissa, she’s a teenager, and lives in the rough neighbourhood of Crown Point in Neo Gotham. She’s probably my favourite Batgirl despite only appear in three issues, but she’s definitely made an impact. I hope we get to see more of her in her own solo series with Commission Barbara Gordon keeping an eye on her.

There have been plenty of ladies who’ve taken on the mantle of either Batgirl or Batwoman over the years and here are just the ones that I was able to track down: