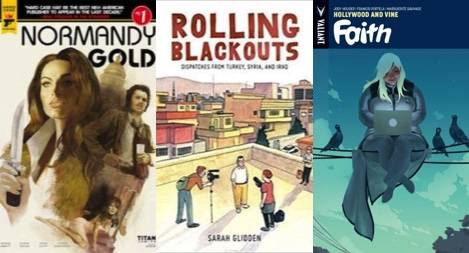 Here’s what we were loving in June! 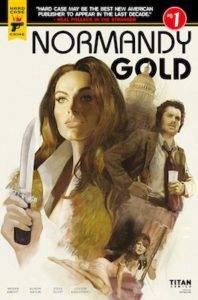 I’ve been making my way through Abbott’s catalog and just love her (especially the older noir stuff), so I was thrilled to stumble across her new graphic novel. I honestly picked it up knowing nothing about it because all I needed was Abbott’s name on it. Turns out it could not be more perfect of a graphic novel for Abbott to be writing: crime, set in the ‘70s with a leading woman Sheriff who dives into D.C. escorting after her sister disappears. I was so bummed when I got to the end and didn’t automatically have the next issue! 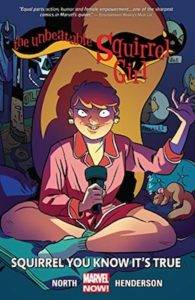 I don’t know that any Squirrel Girl experience can ever be as gratifying as my first, but this second trade from North and Henderson still had me LOLing and gleefully pointing out stuff to my husband (much to his chagrin, as he was trying to read his Walking Dead comics). I’d share my favorite bits with you, but I don’t want to spoil anything. I’m still giggling just thinking about it, though. 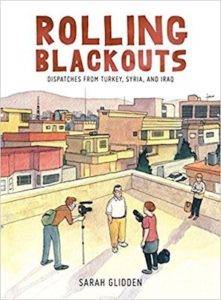 I’m a big fan of journalism through comics, so this book was just right for me. Sarah Glidden embeds with a group of journalist friends as they travel to Turkey, Syria, and Iraq, looking for good stories about the people of the area for the Seattle Globalist and other publications. Along for the trip was an Iraq veteran—the journalists thought his experiences returning to Iraq might make a good story. Glidden’s comic about the trip offers moving stories about how war has disrupted the lives of so many in the region. (The trip was before the Syrian civil war, which adds to the poignancy around their time in Syria.) I was also fascinated by the questions the book raises about the work of journalists—how they seek stories, the demands of the market, how they push their interview subjects, and how their own perspectives affect the stories they produce. 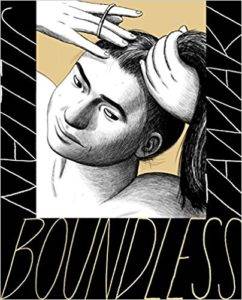 Although the title of Jillian Tamaki’s new collection comes from one of the stories within it, the word “boundless” can just as rightfully apply to the writer/artist’s imagination. Boundless features a dozen or so short stories, most of which vary wildly in style. There’s a story about a young woman who becomes obsessed with the alternate universe version of herself on Facebook. There’s a story about an .mp3 file that induces in teenagers a drug-like euphoria. There’s a story about a woman who shrinks and shrinks until she disappears from view entirely. Like any short story collection, Boundless can be hit or miss and some of the pieces here don’t quite satisfy. But overall, it is a book that sees one of today’s best illustrators spreading her wings and soaring. 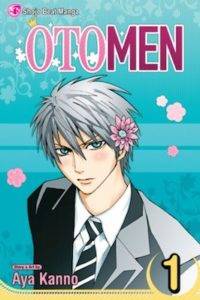 This manga was originally published in 2007, but it discusses a lot of gender issues that have entered the public atmosphere. The main character Asuka is an excellent athlete, but he hides a passion for sewing and cooking, hobbies that his mother abhors. The reason? His dad came out as transgender and left her, so Asuka has promised his mother to not turn leave her and to hide his hobbies. This naturally goes south when he defends a girl from bullies, an athlete named Ryo who can’t cook to save her life. Meanwhile Asuka’s best friend uses Asuka as a muse for shoujo manga. While the premise is a little silly and contrived, sometimes we need silly and contrived premises as our world gets madder. 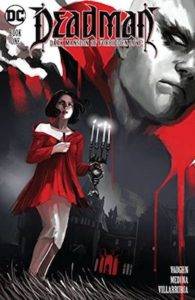 Deadman’s always been a character who I’ve had a general sense of “Eh, he’s fine” about, so it took some prodding to get me to pick up this miniseries – but good lord, am I glad I did. Deadman himself (a ghostly superhero who can only communicate with most people by possessing them) takes a backseat to the real protagonist, a reluctant medium named Berenice who has just moved into an extremely haunted mansion with her fiance. If this were merely an excellent ghost story/Gothic murder mystery/romance, it would deserve a spot on this list, but the inclusive cast, led by queer and trans POC portrayed with depth and heart, makes it like nothing I’ve ever seen before from DC. Medina’s sumptuous art and Villarrubia’s rich colors immerse the reader in the rich trappings of the setting, and their intricate work on the various paranormal effects throughout are stunning. Don’t ghost on this book, friends! (Sorry.) 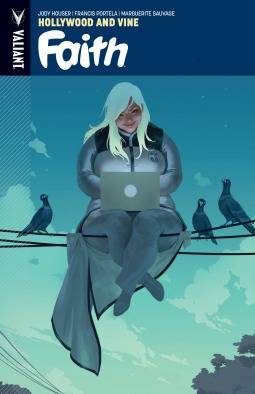 Faith is a bored content writer at a Buzzfeed-y Los Angeles company by day, and a crime-fighting superhero by night (and also sometimes by day, whatever). This is such a refreshing capes/tights comic: I jumped in without being at all familiar with the character or her story and didn’t feel lost at all; she isn’t hypersexualized or put in a costume that makes no sense for her job; and, thank the lucky fishes, it isn’t grim-dark. If you’re into Squirrel Girl, you’ll be into Faith.