Escape Room is not just the horror flick you’ve probably never heard of with the less than stellar Rotten Tomatoes score. It’s the worldwide phenomenon where participants use clues, hints, and strategy to solve a series of puzzles and riddles to complete an objective within a specified time limit. Of course, it wouldn’t be long before a popular form of entertainment gets an injection of that Harry Potter flavor because the Venn Diagram of two popular fandoms is obviously a circle, and who wouldn’t want to experience a little boy wizard wonder! Today, we have Harry Potter escape rooms inspired by Rowling’s world that received the highest ratings from fellow Potterheads. Plan your vacations, road trips, and bucket lists accordingly. Accio games! 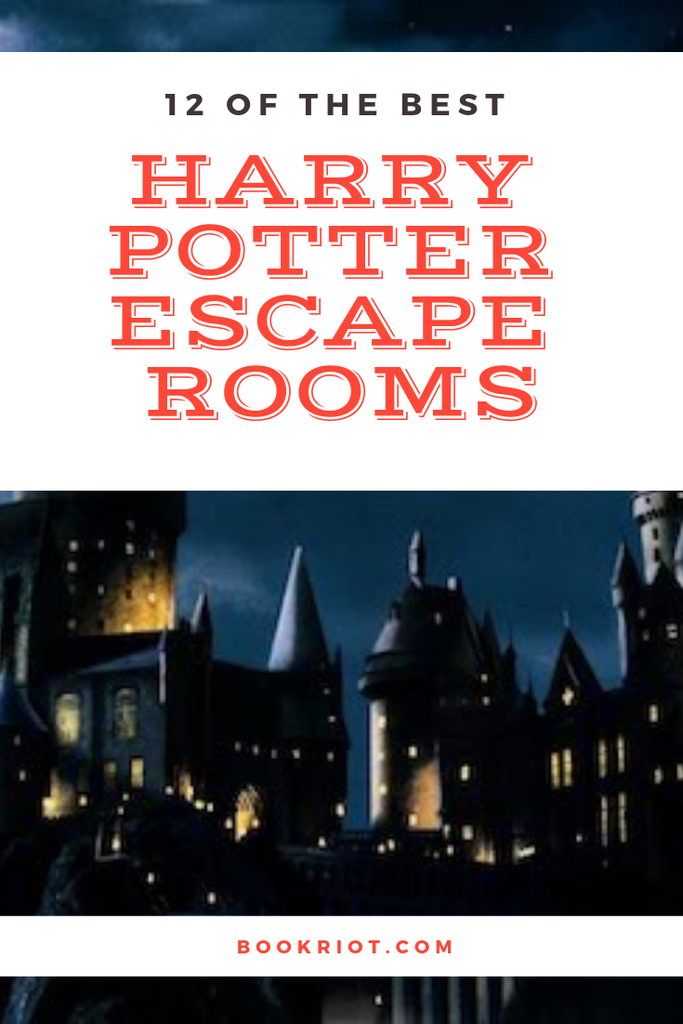 Most of the highly rated and challenging Harry Potter escape rooms seem to be either in the Midwest or the Mid-Atlantic area. Well, you have to find some fun indoor activities to occupy your time when the weather is less than ideal nine months out of the year, right?!

From one of the most highly rated Escape Rooms in the Twin Cities comes A Very Potter Escape Room. Take a trip to the famous school for witches and wizards! Unfortunately, the beloved Headmaster is gone and a new regime has taken over. You have 1 hour to get the Elder Wand from the Headmaster’s office before it’s too late. Room Stats—Difficulty: Not stated; Price: $26 per person; Team: 2–10 players

In Harry Potter Escape, your mission, should you choose to accept it, is to break out of Azkaban Prison and return to Hogwarts to save the school and your friends. Collect the Horcruxes in less than 60 minutes to finally defeat Lord Voldermort. This escape room is perfect fun for the entire family. Room Stats—Difficulty: 2/5; Price: $28 per person; Team: 2–8 players

The School of Magic

In this Escape Room, your team are the newest students at The School of Magic. When all the other students and instructors fall under a strange spell, you and your unaffected crew are the only ones who can face the return of an ancient evil. Time is of the essence, and you have 60 minutes to find the ancient relics and defeat this great evil. Room Stats—Difficulty: Easy; Price: $25 per person; Team: 2–8 players

If you are looking for another Harry Potter experience during your time in Michigan, then you can also visit Wizards Escape in Chesterfield. Room Stats—Difficulty: Difficult; Price: $26 per person; Team: 4–12 players

Are you looking to be immersed in the world of Harry Potter? Then this Trapped experience will fulfill your wildest wizarding dreams. It’s your first day of Wizard School. You have your robes and house scarves, but you still have to prove yourself. Solve a series of tests and puzzles within 60 minutes and prove you are worthy of being a wizarding student. Although Harry Potter knowledge is not needed, it will help you figure out the clues more quickly. Room Stats—Difficulty: Medium; Price: $25 per person; Team: 4–8 players

Our Wizard's Secret room is magical! But don't just take it from us… Visit projectescaperoom.com to book your trip now! #escaperooms #harrypotter #wizards #magic #hogwarts

In this Project Escape game inspired by Sirius Black’s escape from Azkaban, you and your team have been tricked by a Dark Wizard to take his place in prison. Can you learn the wizard’s secret before the guards realize you’ve escaped your cell? Room Stats—Difficulty: 7/10 (Moderate); Price: $29 per person; Team: 3–8 players

As to be expected, most of the top notch international HP escape rooms are located in the UK, but there are a few gems for travelers whose adventures take them to Canada or other areas of Europe.

What witch or wizard would be complete without their very own owl? We've got our friends from Falconry Borders coming in all weekend. Come on down and get you picture taken! #escaperoom #1000yearsofdarkness #thingstodo #wizardry #witchcraft #owls #hiddenedinburgh

At The Department of Magic you have a choice of TWO magical 50-minute escape rooms, Prophecies Quest and Dark Lord Resurrection, or creating up to two potions in the  Magic Potions Tavern! I would expect nothing less from an escape room located in Potterhead sacred ground. In the Prophecies Quest, you must assemble your order and collect the Prophecies the Dark Lord scattered throughout the Department of Magic. For wizards who walk a dark and crooked path, join the Dark Lord Resurrection and find the needed dark magical items to bring your Dark Lord back to life. Room Stats—Difficulty: Not stated; Price: £14–20 per person; Team: 2–5 players

Harry Potter and the Locked Chamber

No prior knowledge of the books or movies is needed to participate in this XRoom game! One of Harry Potter’s enemies (probably Malfoy) has locked him in one of Hogwarts’s secret chambers. It’s up to you and your team to get him out in time for today’s Quidditch match against Slytherin, and you only have 1 hour! Room Stats—Difficulty: Not Stated; Price: €35–50 per person; Team: 2–4 players

The premise is quite familiar to anyone familiar with Potter lore. A young wizard is trapped under the stairs, and his evil guardians are determined to keep him from school. There is only 1 hour for your team to sneak into the house and help him escape. Room Stats—Difficulty: Difficult; Price: $26.55 + tax per person; Team: 4–8 players

School of Witchcraft and Wizardry

Unlike other experiences, this one is referred to as a quest (as opposed to an escape room) because the goal is not to escape, but to pass the required exams to become a bonafide wizard! No muggles or squibs need apply! You have 60 minutes to pass all six exams. Are you wizard enough to pass the N.E.W.T.s? Room Stats—Difficulty: Not stated; Price: £30 per person; Team: 3–5 players

The Wizard Four and the Book of Black Arts

Almost a year went into preparing The Wizard Four and the Book of Black Arts to delight the old school Harry Potter fans and entice the new ones with a room that makes you feel like an extra on the movie set. You and your team have 65 minutes to save the Grand Wizard and his family from an evil sorceress. Room Stats—Difficulty: 3/4; Price: $35 per person; Team: 4–10 players

University of Magic: The Entrance Exam

Will you need snakes for your potion in University of Magic? 🐍 There is only one way to find out! #universityofmagic #snakes #potion #magic #witch #wizard #escaperoom #lucardo #manchester #northernquarter #thingstodoinmanchester

There may be a place for you at Magic School, IF you are able to cast the right spells and incantations, correctly mix those potions, and win battles against dark magical forces within 60 minutes. Prove to the University of Magic you are the next great witch or wizard before time runs out! Room Stats—Difficulty: Not stated; Price: £20–22 per person; Team: 2–6 players

Are you ready to conquer a Potter-esque escape room? Share your top choice in the comments!