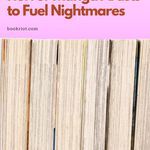 You can find a wide variety of genres in the manga format. As we’ve discussed numerous times before here on Book Riot, manga’s diversity of titles, genres, and topics is its greatest strength. But perhaps the most popular genre in the manga format right now is horror. Some of the hottest series in recent years incorporate horror elements: the demon hunting in Demon Slayer, the demonic pact central to Chainsaw Man, and the occult-laden worldbuilding of Jujutsu Kaisen. Horror manga artists and writers are enjoying a surge in popularity among readers — even those who may not consider themselves horror fans.

Putting together a list of horror mangaka, though? That’s tricky. What one reader considers scary might not even register on the radar for another. Some horror mangaka may create work that may not seem terrifying on an individual panel basis but in context and as a whole, will make you shudder.

To that end, this list considers different styles and categories. I like to include many options to suit all tastes and preferences, after all. The only limitation is that the mangaka’s work must be available legally in English. Some of it may be out-of-print or in licensing limbo, so the titles can only be obtained via the secondhand market at volatile prices, but they are available. This requirement excludes some popular horror manga artists as a result — sorry, Suehiro Maruo fans — but lists by their very nature are limiting.

Some Horror Manga Artists to Get You Started

The undisputed master of horror manga, Junji Ito’s works have never been more available in English. North American publishers — VIZ Media, in particular — are pushing hard to bring his entire catalog to English-language readers. Even if you’re not familiar with the name Junji Ito, you’ve probably heard of the seminal Uzumaki or Tomie. Maybe you’ve seen panels of the disconcerting “The Enigma of Amigara Fault” on Tumblr or Twitter. His brand of horror revolves around weird, cosmic terror and ruin at the hands of unknowable female power.

We can’t talk about Junji Ito without mentioning one of his biggest influences, Kazuo Umezz. Umezz, sometimes referred to as Umezu, actually worked in a variety of genres, but his most famous series is The Drifting Classroom. Originally published during the 1970s, the manga follows a school that vanishes into thin air. The people left behind try to figure what happened. The school, though? It transports to a post-apocalyptic wasteland and now the school’s students and staff must do everything they can to survive. It unfolds pretty much the way you’d expect.

My first exposure to Kei Toume’s work was through Lament of the Lamb. Her work isn’t necessarily visually horrific in the same way other entries on this list are, but her panels are full of ominous dread that makes your skin crawl. In some ways, that’s harder to execute.

We love horror manga. We love slice-of-life manga. What about slice-of-life horror manga? The combination is not the most obvious, but Tomoki Izumi makes it work in Mieruko-chan. Miko is a regular high school girl who recently gained the ability to see ghosts. But she doesn’t want that life. And honestly, who can blame her? Instead, she pretends not to see them, harboring under the (correct) assumption that if ghosts know she can see them, they will haunt her more. Izumi’s art somehow mashes up cutesy slice-of-life character designs with terrifying spirit designs. The juxtaposition works. It really, really works.

The late Kentaro Miura’s magnus opus was Berserk, a grimdark fantasy manga. It’s an epic work. It takes you on a journey. Though incomplete, its influence can’t be denied. Berserk‘s protagonist, Guts, was the original guy with a big-ass sword, and its horror aesthetic echoes through videogames like Dark Souls and Bloodborne. If you haven’t read Berserk but are interested in picking it up, be aware that its content warnings are numerous and can fill up an entire post on their own. Tread carefully, especially if you’re sensitive to depictions of sexual assault.

Q Hayashida’s work is deliciously dark, full of gory violence, and body horror. Her imagination is something to behold. She’s best known for Dorohedoro, but her latest series, Dai Dark, is worth checking out as well.

Sui Ishida made a humongous splash with his debut series, Tokyo Ghoul, about a college student who — through a twist of fate — becomes half-monster. Ishida carries on the theme with his latest series, Choujin X. If you enjoy his work, you can follow him on Twitter and Instagram.

Kaori Yuki is the undisputed queen of gothic horror manga. Interestingly enough, she struggled to find her footing when she first started working as a mangaka. Editors just didn’t vibe with her style. It was only when she started incorporating horror elements and darker themes that she found her stride. Sometimes, you gotta embrace the nightmare fuel. She’s very active on Twitter where she proves she’s just like the rest of us and displays her unabashed love of Demon Slayer.

If you like psychological horror, Shuzo Oshimi is the mangaka for you. His latest work, Blood on the Tracks, demonstrates that you don’t need gore or violence to deliver a truckload of dread. Every panel ratchets up the tension. Every page draws out the suspense. Oshimi’s work reminds us that horror isn’t always supernatural or out-of-the-ordinary. Sometimes everyday life is the most horrific thing of all.

Pet Shop of Horrors was one of the biggest horror manga series published during the North American manga boom of the early 2000s. It’s since fallen into licensing limbo, which is a tragedy. The anthology series followed Count D, his mysterious pet shop, and the terrible consequences that befell customers who didn’t follow the rules. Akino’s artwork is delicate and ethereal in style, which makes the horror and violence hit all that harder.