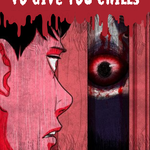 Fall’s in the air and you know what that means. Spooky season is almost here! Maybe it’s already here for some of you. I won’t judge. I’d celebrate spooky season all-year-round if I could. Personally, I can’t get enough of horror movies, horror books, and horror manga. But you know what else I’ve started to explore during the past year? Horror manhwa. If you’re a fan of horror manga hoping for more scary stories to read, horror manwha is perfect.

I’m both an early adopter and late adopter of the horror manhwa scene. The very first horror manhwa I ever read was a print series called Island by Inwan Youn and Kyung-il Yang, released during the first North American manga boom of the early 2000s. (Sadly, it’s now out of print.) I loved it and wanted more like it. Alas, the English-language manhwa market was still young and underdeveloped during that era.

But times have changed, and manhwa — in the form of webtoons — has never been more accessible to English readers. And because of this, I’ve once again delved into this favorite genre of mine. Supernatural horror. Serial killer horror. Post-apocalyptic horror. Manhwa tackles these beloved sub-genres and more. And as a bonus, it’s never been easier to read them, because all you need is your phone.

Here’s more satisfying manwha from different genres once you’ve finished the horror below.

Horror Manhwa to Bring the Scares

The Black June by DOXX

Available via Manta’s monthly subscription service, The Black June brings a brand of horror familiar to North American readers. Remember good old-fashioned religious horror based on Catholic dogma? Yes, that’s what you get here. The Apostles have been reincarnated in the present day. Demons are trying to bring the downfall of mankind. And Philip, an exorcist who is also one of the reincarnated apostles, grapples with Lucifer, whose agenda remains unknown.

Jaeshin can see dead people. A familiar premise, right? Except Jaeshin lives in an apartment building where strange things happen. And the ghosts he sees? Keep directing him to the apartment below his. When a friend goes missing after a visit, Jaeshin crosses paths with a police officer who can smell lies and a stuntwoman with a lot of secrets. These characters may seem disparate but the way they end up connecting is astonishingly violent and a terrifying look into the nature of evil.

Before Hongjacga worked on the webtoon adaptation of Space Sweepers, he created this series about an artist and the mysterious woman who commissions him to paint a portrait. The young man took on the assignment, believing that he would be painting an elderly woman. Instead, he discovers his employer is a young woman. So why does she want him to paint her as an old woman instead? The answer takes us on a journey of vampires and vampire hunters, fathers and daughters, spiraling madness, and eternal love.

Speaking of eternal love, Chaerin Yune gets the chance of a lifetime when she transmigrates into the romance novel she’s currently reading. Bet you didn’t expect to see an isekai here! But unfortunately for Chaerin, she’s not getting the romance of a lifetime. Instead, she keeps getting murdered. Again and again and again. Something has clearly gone awry because this is not the way the original novel went. And now she must find out what is going on.

Carnby Kim has written many of the best horror manhwa titles including the original webtoon that inspired the Sweet Home series on Netflix and a new prequel, Shotgun Boy. Bastard takes a less supernatural approach to horror. That doesn’t mean it’s not terrifying, though. Psychological horror can still make for a scary manhwa. Jin Seon is the son of a rich CEO. Sounds great, right? Well, he has a secret. His rich CEO father is a serial killer, and Jin is often forced to be his unwilling accomplice. He despises his father for this, but he also hates himself, because he fears that he’s just like dear old dad at heart.

You can’t have a list of manhwa without including a webtoon about social media! But seriously, horror and social media often go hand in hand. Remi Do is a social media star. She’s popular, she’s beautiful, and she partners with some famous brands. But all that fame comes with a price. A serial killer follows her every move. #Killstagram is a cautionary tale about being too online and depending on social media for your self-worth and validation.

Love ghost stories? What about ghost stories told by the ghosts themselves? We might be scared of ghosts but in this anthology series, ghosts remind us that humans are the scariest creatures of all.

Ajin is a beloved, award-winning actress who seems to have the perfect life. But to no savvy readers’ surprise, the glittery exterior hides a less-than-stellar core. You see, Ajin manipulated and used a lot of people to get where she is today. And someone is really, really tired of it and fully intends to expose her secrets to the world.

Maybe you like a little romance with your horror? Try this series. Liz is just a regular girl who’s average in every single way — except for one thing. She can see monsters. And guess what? They want to eat her. Okay, so that’s not normal in the slightest. Her only chance at survival is a creepy demon. The catch? She must marry him.

If you’re thinking the name Inwan Youn sounds familiar, you’re right. He wrote the manhwa that introduced me to this entire format. He’s also written many other series including The Kingdom of Gods, which served as the source material for everyone’s favorite Korean historical zombie series on Netflix, Kingdom. Distant Sky, however, takes us to a post-apocalyptic near-future. Our protagonist wakes up to a destroyed world. Everyone’s dead. There’s no electricity. And most terrifying of all, the world has been plunged into darkness. And as you can imagine, that darkness has become a welcome home for monsters.

Hopefully, these horror manhwa suggestions gave you a great place to start. As for myself, I’m keeping my fingers crossed because I recently discovered Island was rebooted as a webtoon. Maybe one day we’ll get an English-language version too!