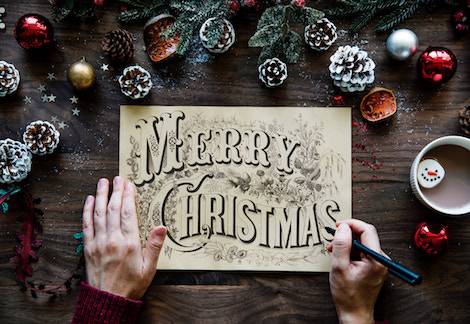 Bah! Humbug! and God bless us, everyone.

Dickens’s A Christmas Carol entered popular culture in 1843 and has not left it since. Its message of redemption, love, and the goodwill of the season has resonated with generation after generation, whether read, heard, or watched. Everyone has their own favorite A Christmas Carol (mine is the excellent 1983 Mickey Mouse version) because it has been interpreted over and over, especially in film, from 1901’s Scrooge to this year’s The Man Who Invented Christmas.

Many A Christmas Carol quotes have entered our daily vernacular, some to the point that we have forgotten their source. Here are some of the best quotes from Charles Dickens’s classic Christmas tale:

Old Marley was as dead as a door-nail.

Oh! But he was a tight-fisted hand at the grindstone, Scrooge! a squeezing, wrenching, grasping, scraping, clutching, covetous, old sinner! Hard and sharp as flint, from which no steel had ever struck out generous fire; secret, and self-contained, and solitary as an oyster.

“A merry Christmas, uncle! God save you!” cried a cheerful voice. It was the voice of Scrooge’s nephew, who came upon him so quickly that this was the first intimation he had of his approach.

He had so heated himself with rapid walking in the fog and frost, this nephew of Scrooge’s, that he was all in a glow; his face was ruddy and handsome; his eyes sparkled, and his breath smoked again.

“Christmas a humbug, uncle!” said Scrooge’s nephew. “You don’t mean that, I am sure?”

Scrooge having no better answer ready on the spur of the moment, said, “Bah!” again; and followed it up with “Humbug.”

“[E]very idiot who goes about with ‘Merry Christmas’ on his lips, should be boiled with his own pudding, and buried with a stake of holly through his heart. He should!”

“If they would rather die,” said Scrooge, “they had better do it, and decrease the surplus population.”

“A poor excuse for picking a man’s pocket every twenty-fifth of December!” said Scrooge, buttoning his great-coat to the chin.

“You don’t believe in me,” observed the Ghost.

“What evidence would you have of my reality beyond that of your senses?”

“Why do you doubt your senses?”

“Because,” said Scrooge, “a little thing affects them. A slight disorder of the stomach makes them cheats. You may be an undigested bit of beef, a blot of mustard, a crumb of cheese, a fragment of an underdone potato. There’s more of gravy than of grave about you, whatever you are!”

“I wear the chain I forged in life,” replied the Ghost. “I made it link by link, and yard by yard”

They went, the Ghost and Scrooge, across the hall, to a door at the back of the house. It opened before them, and disclosed a long, bare, melancholy room, made barer still by lines of plain deal forms and desks. At one of these a lonely boy was reading near a feeble fire; and Scrooge sat down upon a form, and wept to see his poor forgotten self as he used to be.

The Spirit touched him on the arm, and pointed to his younger self, intent upon his reading. Suddenly a man, in foreign garments: wonderfully real and distinct to look at: stood outside the window, with an axe stuck in his belt, and leading by the bridle an ass laden with wood.

“Why, it’s Ali Baba!” Scrooge exclaimed in ecstasy. “It’s dear old honest Ali Baba! Yes, yes, I know! One Christmas time, when yonder solitary child was left here all alone, he did come, for the first time, just like that. Poor boy! And Valentine,” said Scrooge, “and his wild brother, Orson; there they go! And what’s his name, who was put down in his drawers, asleep, at the Gate of Damascus; don’t you see him! And the Sultan’s Groom turned upside down by the Genii; there he is upon his head! Serve him right. I’m glad of it. What business had he to be married to the Princess!”

To hear Scrooge expending all the earnestness of his nature on such subjects, in a most extraordinary voice between laughing and crying; and to see his heightened and excited face; would have been a surprise to his business friends in the city, indeed.

“God bless us every one!”

“I see a vacant seat,” replied the Ghost, “in the poor chimney-corner, and a crutch without an owner, carefully preserved.”

What are your favorite A Christmas Carol quotes? Want even more literary wordage? We got you.