With the holiday season right around the corner, you must be looking for ideas for those near and dear who are book lovers. This list of newly reissued classics from around the world will take care of your gifting woes. Featuring stunning designs and sumptuous tales, these books are a treasure inside and out.

You can find out more about these five books here 📚🇯🇵
👇https://t.co/IbeCtVnSMR pic.twitter.com/SUh6WHU0XV

This series feature five masterpieces of Japanese fiction in gorgeous new gift editions. The titles in this series include The Wind-Up Bird Chronicle by Haruki Murakami, The Housekeeper and the Professor by Yoko Ogawa, Out by Natsuo Kirino, The Makioka Sisters by Junichiro Tanizaki and The Sailor Who Fell from Grace With the Sea by Yukio Mishima.

If like me, you are a die-hard fan of Japanese literature or you are just looking to expand your literary horizons, then you absolutely need this stunning series for your collection. 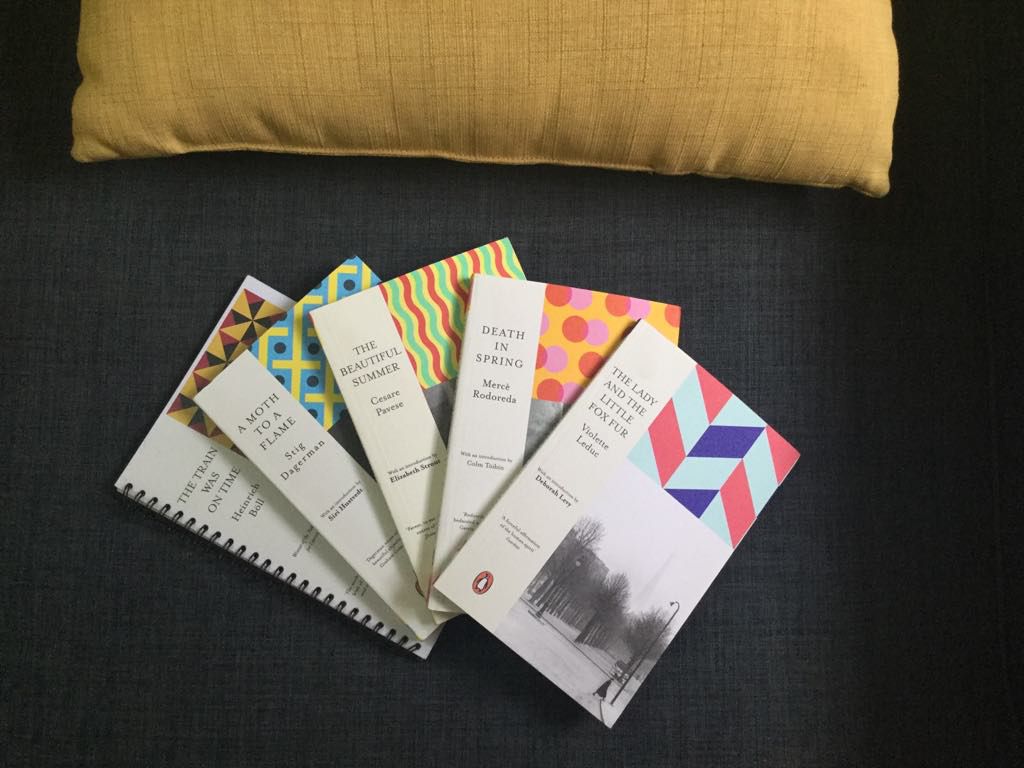 Isabel Wall, Viking’s editor behind the rediscovered classics, said the idea behind this series was to promote literature in translation to British readers The writers featured in this collection hail from Spain, Italy, France, Germany and Sweden, introduced by renowned English writers.

Death in Spring by Merce Rodoreda, introduced by Colm Toibin

The Beautiful Summer by Cesare Pavese, introduced by Elizabeth Strout

The Lady and the Little Fox Fur by Violette Leduc, introduced by Deborah Levy

The Train Was On Time by Heinrich Boll, introduced by Anna Funder

A Moth to a Flame by Stig Dagerman, introduced by Siri Hustvedt 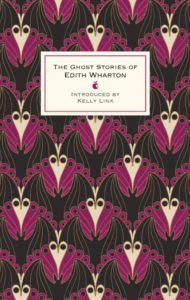 This stunning designer hardback from the first woman to win the Pulitzer Prize for Literature is a must-have for fans of Gothic fiction.

In these powerful and elegant tales, Edith Wharton evokes moods of disquiet and darkness within her own era. In icy new England a fearsome double foreshadows the fate of a rich young man; a married farmer is bewitched by a dead girl; a ghostly bell saves a woman’s reputation. Brittany conjures ancient cruelties, Dorset witnesses a retrospective haunting and a New York club cushions an elderly aesthete as he tells of the ghastly eyes haunting his nights.
With a new introduction by Kelly Link, the stories in this book include: The Lady’s Maid’s Bell; The Eyes; Afterward; Kerfol; The Triumph of Night: Miss Mary Pask; Bewitched; Mr Jones; Pomegranate Seed; The Looking Glass; All Souls’. 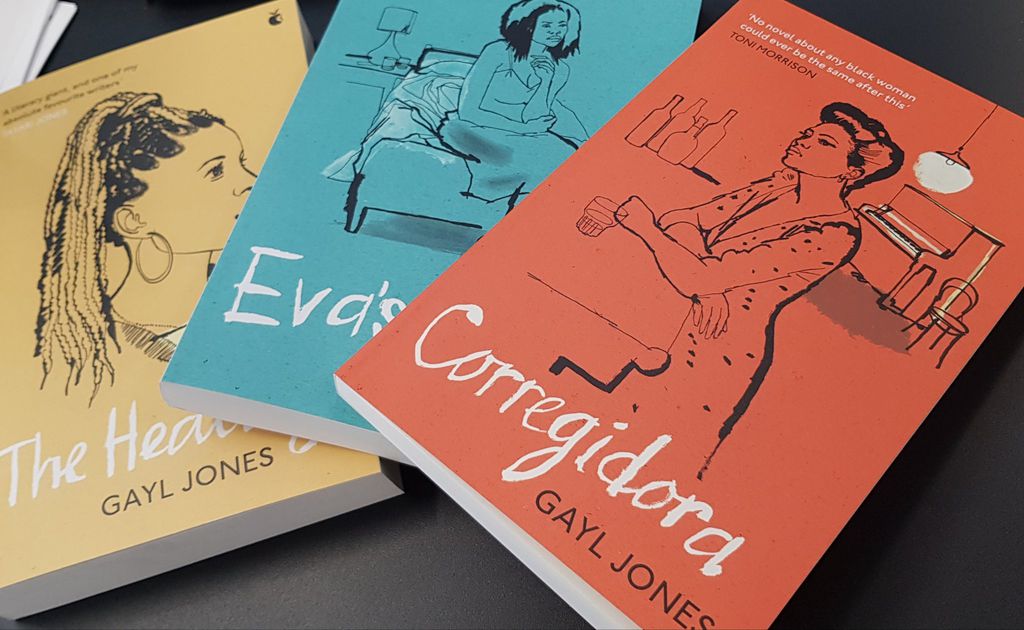 Corregidora is a lost masterpiece of African American literature and is a Virago Modern Classics lead title for 2019. When it was first published in 1975, Corregidora was hailed a masterpiece by acclaimed writers including James Baldwin, Maya Angelou, Toni Morrison and John Updike. Considered as one of the most significant 20th century works of African-American literature, this is a powerful portrait of the trauma of slavery through the life of a Kentucky blues singer. Now it is being published in the UK with two of Jones’s later novels, Eva’s Man and The Healing. 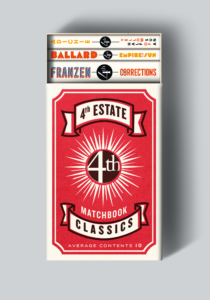 The idea behind this eye-popping quirky collection is quite innovative. In the mid-20th century, the matchbox industry was booming. Companies had to stand out, so they began commissioning designers and illustrators to create tiny works of graphic art for their labels. Despite its limitations, this small canvas allowed for some big ideas. These micro-masterpieces serve as the inspiration for our new 4th Estate Matchbook Classics series. The ten books in the series – novels, memoirs and one very unusual biography – are some of the best loved and most admired that 4th estate have published over the years. Titles include:

Empire of the Sun by J.G. Ballard
The Diving Bell and the Butterfly by Jean-Dominique Bauby
Blue Flower by Penelope Fitzgerald
The Corrections by Jonathan Franzen
A Place of Greater Safety by Hilary Mantel
Stuart: A Life Backwards by Alexander Masters
Americanah by Chimamanda Ngozi Adichie
The Things They Carried by Tim O’Brien
The Shipping News by Annie Proulx
Bad Blood by Lorna Sage 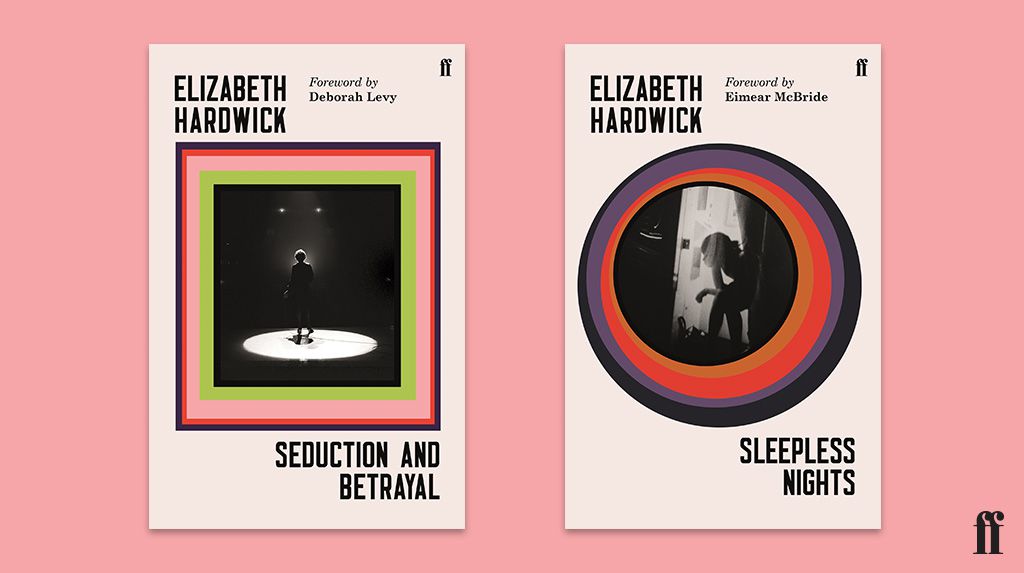 Seduction and Betrayal is a sophisticated and radical collection of essays exploring feminism and literature. This book paints a brilliant portrait of the presence of women in literature from Brontë sisters, Ibsen’s women, Don Giovanni to Virginia Woolf, Sylvia Plath, and Zelda Fitzgerald.

Sleepless Nights is a melancholic portrayal of a woman looking back at her life. Blending autofiction and prose poetry, this reads like an intimate look into a vibrant life.