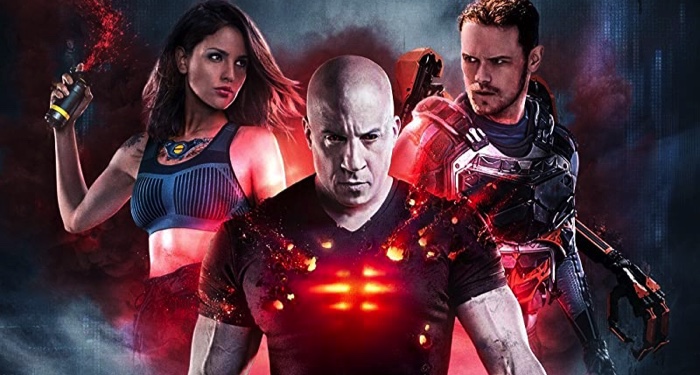 Lamenting how difficult it is to get your hands on your weekly floppies, my fellow comics geeks? Wondering when those delayed trades and collected editions might finally arrive? I don’t know about y’all, but I have some serious comic shaped holes to fill in my extremely limited existence at the moment, and one of the ways I’m trying to do so is with both large and small screen comic adaptations. Those adaptations are coming to us in unprecedented numbers, some as scheduled, some early, and some originally intended for theaters exploding directly into our homes.

There are two types of comic book screen adaptations: those that aim for literal translation and those more concerned with adapting a book’s sensibility. What I’m aiming for with this Pass/Fail experiment is letting you know how well a given flick does with whichever route the powers that be chose to go. Keep in mind I’m not rating the film. It’s 100% possible to make a great comic book movie using only the barest whispers of a parent property or to make a so-terrible-it’s-stupid-fun-to-watch, balls-to-the-wall, insanity fest by surgically removing anything vaguely reality based and splattering the rest all over Tom Hardy (I love Venom and no, I’m not taking questions). You might even try really hard and end up with something terrible; it happens.

Next up on the Pass/Fail scales: Valiant Comic’s Bloodshot.

I’m going to offer two caveats up front: I am a huge Vin Diesel fan and I’m predisposed to give a few extra points to any comic-based work he does. The reasons for this are twofold. 1) He himself is an unabashed dork and has probably read the source material for any adaptation of which he is a part. Legend has it he taught Dame Judy Dench to play Dungeons and Dragons on the set of Chronicles of Riddick (which I also love, haters may see themselves out). If you have evidence to the contrary, don’t tell me, I don’t want to hear it. 2) The dude so, so clearly enjoys himself, even when he is doing the very dumbest of assery, that I cannot but enjoy myself and, quite frankly, I need that right now.

Caveat: I haven’t read a single issue of Bloodshot. I’ve been tempted by several Valiant books over the years because the stories sound phenomenal, but the company’s art style is still very much stuck in the ’90s cheesecake and I just…can’t. But fear not, friends! I’m nothing if not fair. I chat-watched the movie with a friend who has read the book and very kindly—and often hilariously—offered me his opinion on the adaptation throughout the one hour and forty-nine minute film.

A quick plot summary of the Bloodshot comic:

Bloodshot first appeared in the last three panels of Valiant’s Eternal Warrior #4 (1992), then a week later in Rai #0. Once a soldier named Ray Garrison, Bloodshot is the culmination of Project Rising Spirit’s decades of research on human/nanite hybrid weapons (effectively an easily controlled super soldier). The process of injecting and absorbing the nanites erased Garrison’s memory, allowing Rising Spirit to implant whatever false data they needed to manipulate Bloodshot into following their orders. He eventually broke free of Rising Spirit’s controls and went on to live his own life.

The nanites make Bloodshot effectively unkillable, repairing any damage to his body immediately, though they can fail if their electrical systems are interrupted or if they run out of charge. My friend’s one absolute need was that Bloodshot turn silver when going all out with nanite powers and that when this did occur, he be rendered bulletproof. 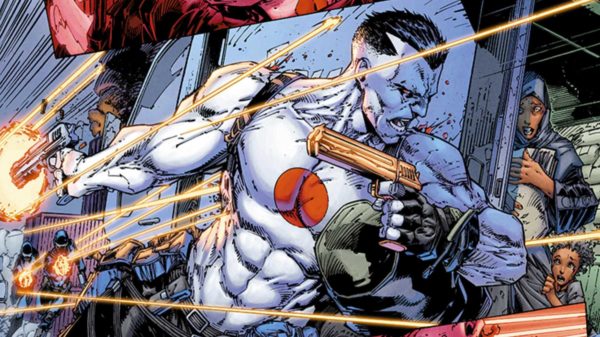 The writers, directors, etc. of Bloodshot decided to go the literal translation route, which was probably wise with this particular property as if it wanders too far it bumps into Captain America (the Rising Spirit project, you’ll be shocked to learn, started during WWII). And as literal translations go, Bloodshot gets a solid pass. There are a few subtle changes: Rising Spirit is a private company (headed by Guy Pierce who doesn’t chew quite as much scenery as I generally like to see him chow down on) and Bloodshot has a team (hot, progressively less clad, female ally/love-interest; traitor; the one who isn’t sure: the holy trinity as required by comic book scripture). Other than that, the requisite body count is met (though for a movie with “blood” in the title, the murder is shockingly clean and we don’t get a really good squelch until an hour in); Ray is super revenge-y but also smarter than he appears on first glance (Jason Todd on the streets, Lex Luthor in the sheets, if you will. Though that’s not really fair because Jason is actually pretty smart but whatever, go with it); the nanites are actually pretty rad; and, most importantly, dude does turn silver.

As to whether or not you’ll want to watch it; that’s for you to decide. In the Venn diagram of futuristic hero movies, I’d put it in the cross section of Venom and I, Robot: visually, it’s slick and shiny with a lot of moving parts, but its soul is sweaty, kind of gross, hilarious, and loud and proud that it lives in WTF-town.

For those of you who are interested, I did live Tweet our watch party and it’s pinned to my profile @SWSondheimer. It is most definitely rated M so consider yourself warned. Thanks to the Foo who want on this journey with me. It was…for sure something we did and definitely something we’ll do again.