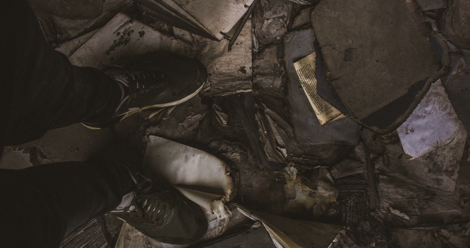 Sponsored by Copycat by Alex Lake.

When al-Qaida Islamists invaded Mali, and then Timbuktu in 2012, among their targets were priceless manuscripts—books that needed to be burned. But the damage could’ve been much worse if not for men like Abdel Kader Haidara, who risked their lives to protect the medieval works. He and others succeeded in smuggling out 350,000 manuscripts, proving not only how much the books were valued, but also the lengths to which ordinary people were willing to go to save them. It was a remarkable victory in the long history of books threatened by would-be arsonists—and a relatively rare one at that.

This is coming from someone who actually enjoyed the book, and has read it several times. But just because we like something doesn’t mean it’s impervious to criticism, just as we don’t have to hate something because it has problems. And Ready Player One certainly has problems. It positions heroine Art3mis as an important, well-rounded character, but she’s a plot point designed to justify an obsessive male gaze. In (virtual) reality, she’s little more than a prize to be won.

On the trophy woman of the RPO adaptation.

“Increasingly, it appears that the Times has gathered book sale data in a manner which prioritizes liberal-themed books over conservative books and authors. The net result has been a bestseller list that has increasingly become less relevant to the Regnery audience, and less reflective of which books are actually selling best in the country, regardless of one’s political persuasion.”

A radical conservative publisher is dropping the NYT.