I recently wrote about using literary awards as a guide to finding your next favorite book. This time around, I delve into the awards awarded (now there’s an awkward phrase) for genre fiction. 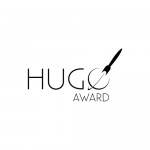 The Hugo Awards are given annually for the best science fiction and fantasy of the previous year. This is, for me at least, the benchmark for choosing what genre books to read. I have found that there is often little difference in quality between the nominees and the winner; that is, in this case just being nominated actually IS an honor. It places your work above the others in the genre. Novels that have won the Hugo include Neuromancer, American Gods, the wonderful Jonathan Strange & Mr. Norrell and, most recently, Jo Walton’s Among Others. I have only once read a Hugo-winning (or nominated) book that I didn’t like, and that was Roger Zelazny’s Lord of Light. Some of my favorite nominees are Flowers for Algernon, Slaughterhouse 5 (what?! Slaughterhouse 5 lost to another book?! What sort of injusti…. oh. It’s Ursula K. Le Guin’s Left Hand of Darkness. Nevermind) and Perdido Street Station.

Bottom line: if a book is nominated for Hugo, it is almost always worth your time.

Like the Hugo, the Nebulas are awarded to the best in science fiction and fantasy but are restricted to works published in the US (though the internet is now making “published in the US” hard to qualify). They are quite similar to the Hugos, and it’s often the same novels and short stories that are nominated. Notable Nebula-winning novels include Ender’s Game (love the book, not the author), Gateway (best sci-fi book ever!) and, of course, Flowers for Algernon (no, I’m not crying). While the Hugos are nominated and chosen by supporting or attending members of the annual Worldcon, the Nebula Award nominees and winners are chosen by members of the SFWA. I don’t know if this says anything about the quality of the nominated or winning works, I just thought you should know.

The sure-thing: if a novel wins BOTH the Hugo and the Nebula, it is sure to be good. Make this your required reading list.

The Locus Award for best novel was presented from 1971 (when the awards began) to 1979 and was then split into separate science fiction and fantasy categories. I tend to follow them less than the Hugos or the Nebulas, but I am not sure why. The Locus people seem to like China Miéville as much as I do–he has won five award in the last ten years. Winners include most of George R. R. Martin’s Song of Ice and Fire series, many of Ursula K. Le Guin’s books, Neil Gaiman’s books, Orson Scott Card … you get the idea. Good stuff.

The Edgars are awarded each year for the best in mystery, be it fiction, theater or non-fiction. They are named after Poe, obviously, and are awarded by the Mystery Writers of America. So if you like mystery (and who doesn’t?), these are the awards to go by. Last year’s winner in the novel category was Gone by Mo Hayder. This year’s nominees include the much-mentioned Gone Girl by Gillian Flynn and Live by Night by Dennis Lehane. If Gone Girl wins it, I’ll be writing a book called Gone Girl, Gone.

And last but not least in our genre award guide to finding good books…horror. Horror is often the ignored stepchild of genre fiction, with its siblings Fantasy and Science Fiction stealing all the attention. Maybe it’s time you let the Bram Stoker award change that. Past winners include Neil Gaiman’s American Gods, Joyce Carol Oates’ Zombie, and other books you may not have heard of like… wait for it… Misery and Silence of the Lambs.

Bottom line: buy and read American Gods, the winner of the Hugo, the Nebula and the Bram Stoker. Then check out your favorite genre and take a look at nominees and winners.