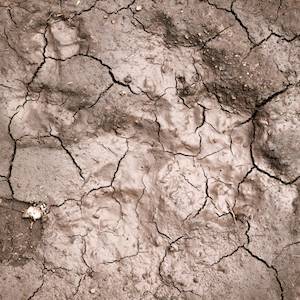 Elizabeth Kolbert, staff writer at The New Yorker, writes about science like a tall cool glass of water. Her writing, to use one of my least favorite book critic phrases is “masterful.” Actually, masterful is what it really is, and I’m not just saying this as someone who loves good science and nature writing. It was Elizabeth Kolbert — her clarity, her humor — I had in mind when I started That Nature Show, a column about the animals and plants that share my Baltimore backyard. It was her essay in The Sixth Extinction about the expiration of the Panamanian Golden Frog — a subject I had not known I gave a flying fig about — that inspired me to collect tadpoles with my kids. I became aware of my own nature deficit disorder, the term coined by Richard Louv in his book Last Child In The Woods. When I first saw tadpoles in the spring in the water-filled wheel ruts of the cross-country trail behind my house I screeched to my husband, “Leeches! Honey! Run!”

As a spiritual “daughter of Kolbert” I can now say I play in the mud. I look carefully at the layers of soil in the creek bed because they might just have a thin layer of iridium from the giant fireball meteorite that wiped out the dinosaurs. That was the fifth extinction. There were four before. And we’re in one now, in the era some scientists call the Anthropocene, caused by us.

In The Sixth Extinction, Kolbert tackles a large, thorny, complex subject: extinction of species, global climate change, and mankind’s hand in it, and renders it readable. You don’t want to crap your pants. She’s direct — we’re responsible — but instead of simply saying mea culpa and moving on to the next Big Box store for socks, forgetting about the Panamanian Golden Frog, Kolbert reminds us it is our responsibility to be smart, scientifically literate, curious, and to keep our heads. Many species have gone the way of the dodo, and we “hairy bipeds” are not all that special when the view you take is geological.

We might go the way of the dodo, the ammonites, the passenger pigeon, and the great auk too, and all our works be reduced to a layer of sediment the thinness “of a cigarette paper.”