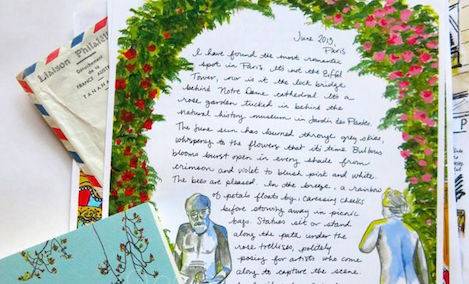 The second time my daughter received a Veronica the Cat letter in the mail, she squealed with excitement. She knew what to expect, and she hovered over me as she begged demanded that I “Open it! OPEN IT!”

“It’s from Veronica the Cat!” she screamed, seeing the paw print in the return address field. I thought wistfully of a time when I, too, greeted the mail with this much excitement. But that was before my mailbox became filled with Bed Bath & Beyond coupons and form letters begging for charitable donations. 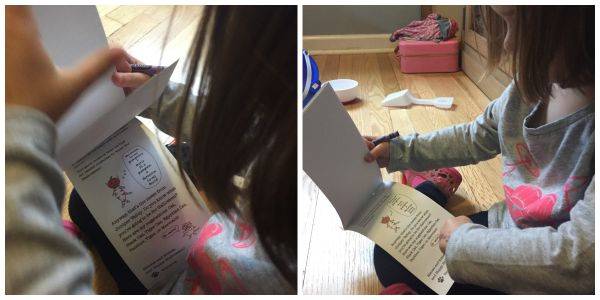 At a time when everyone’s glued to their digital inboxes, and when Christmas shopping can be as simple (and as thoughtless) as visiting someone’s Amazon Wish List (not that I’m complaining), it’s no wonder people get excited about subscription boxes and nostalgic for snail mail. Which is why you might want to consider subscribing to a literary letter service on behalf of one of your impossible-to-shop-for gift recipients. Here are just a few, including Veronica.

For the cat-loving kid in your life:

Letters from Veronica is available in one-letter, three-letter, and six-letter packages. Intended for 4–12-year-olds (but beloved by my 3-year-old), the illustrated letters are written by Rebecca Barry, author of one of my favorite books, and follows the exploits of the eponymous Veronica the Cat and her two BFFs. Each letter is like a self-contained short story. It will make a charming gift for your young reader.

For the slightly older child who is well aware that cats don’t write (sigh), and who demands to correspond with the authors themselves:

Letters for Kids is offered through literary site the Rumpus—in monthly, three-month, and six-month packages—and is intended for those ages 6–12. While Veronica’s letters are pure fiction, these letters (two a month!) are from a variety of authors, and are generally about the authors’ own lives. Some are illustrated. Others include doodles or photographs. Some authors even include their return addresses, encouraging replies from their young readers. Past authors include Leslie Margolis, Susan Hughes, and Shea Fontana.

Category ID: 914
The Goods Newsletter
Sign up to The Goods to receive emails about new products and promotions in the Book Riot Store.
Thank you for signing up! Keep an eye on your inbox.
By signing up you agree to our terms of use

For the all-grown-up Rumpus readers who may themselves harbor writerly aspirations:

Letters in the Mail is also from the Rumpus, but is intended for its more regular, presumably mature readers. The subscription service operates similarly to Letters for Kids, offering a glimpse into authors’ lives, with one of the most recent authors being Celeste Ng, so…need I say more? Fine. Other authors include Aimee Bender, Margaret Cho, Lidia Yuknavitch, Molly Crabapple and…wait…I’m hyperventilating from excitement. A unique gift idea for the aspiring writer in your life.

For the art-appreciating reader who also has a touch of wanderlust:

Janice MacLeod, author of Paris Letters, offers the Paris Letters: a letter accompanied by (a copy of) an original watercolor, all about her time in France. The watercolors alone make me swoon, and the letters are totally worth framing and hanging on your wall. You can get a single letter, or subscribe for six months or one full year. 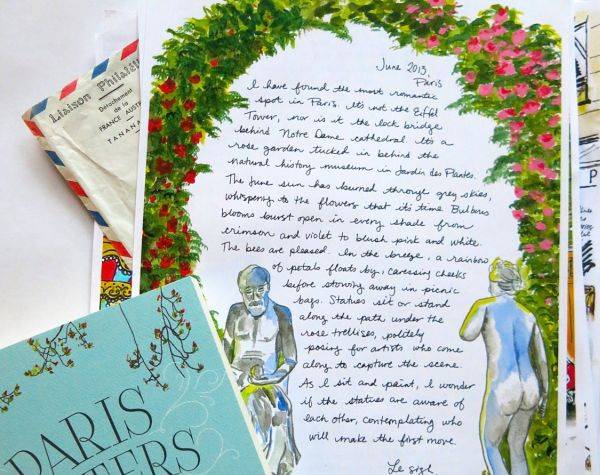 For the reader who likes their correspondence with some corresponding book swag:

My favorite thing about book subscription boxes—beyond the books themselves—are the tiny, surprise treasures that come with those brand new reads. The Letters Lit plays off this recent trend, building their boxes around a single book, throwing in some related items, and then wrapping it all up with a wax-sealed letter. One-month, three-month, and six-month packages are available.

For fans of books like Ship of Theseus, Night Film, and House of Leaves who love feeling as if they’re part of the mystery:

I have a thing for epistolary novels. But only creepy epistolary novels. And ones that incorporate—in addition to letters—official documents, marked-up pages, handwritten notes, photographs, drawings, and other goodies. So I’m intrigued by Forgotten Folios, a letter subscription service that offers handwritten stories written in fountain pen on parchment paper, stories that take the form of letters written between the main characters. Some of the packages available also include additional “artifacts.” How cool is that?

(In hindsight, it has become clear that I am the intended recipient for all of these literary letter subscriptions.)