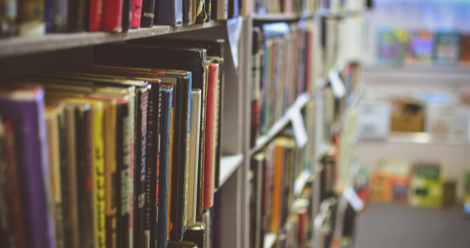 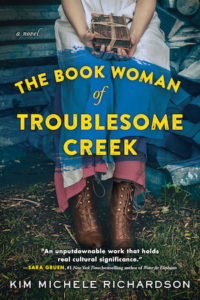 The hardscrabble folks of Troublesome Creek have to scrap for everything– everything except books, that is. Thanks to Roosevelt’s Kentucky Pack Horse Library Project, Troublesome’s got its very own traveling librarian, Cussy Mary Carter. Cussy’s not only a book woman, however, she’s also the last of her kind, her skin a shade of blue unlike most anyone else. Not everyone is keen on Cussy’s family or the Library Project, and a Blue is often blamed for any whiff of trouble. If Cussy wants to bring the joy of books to the hill folks, she’s going to have to confront prejudice as old as the Appalachias and suspicion as deep as the holler.

I’ve known I wanted to be a librarian since I was a kid who played in the stacks. I lived down the block from our public library, and I considered it a home as much as my own house. I know I’m not alone. These ten great books about libraries highlight important libraries, librarians, and even library cats. Encompassing fiction and nonfiction alike, the books on this list of the best library books celebrate the magic of the library experience. 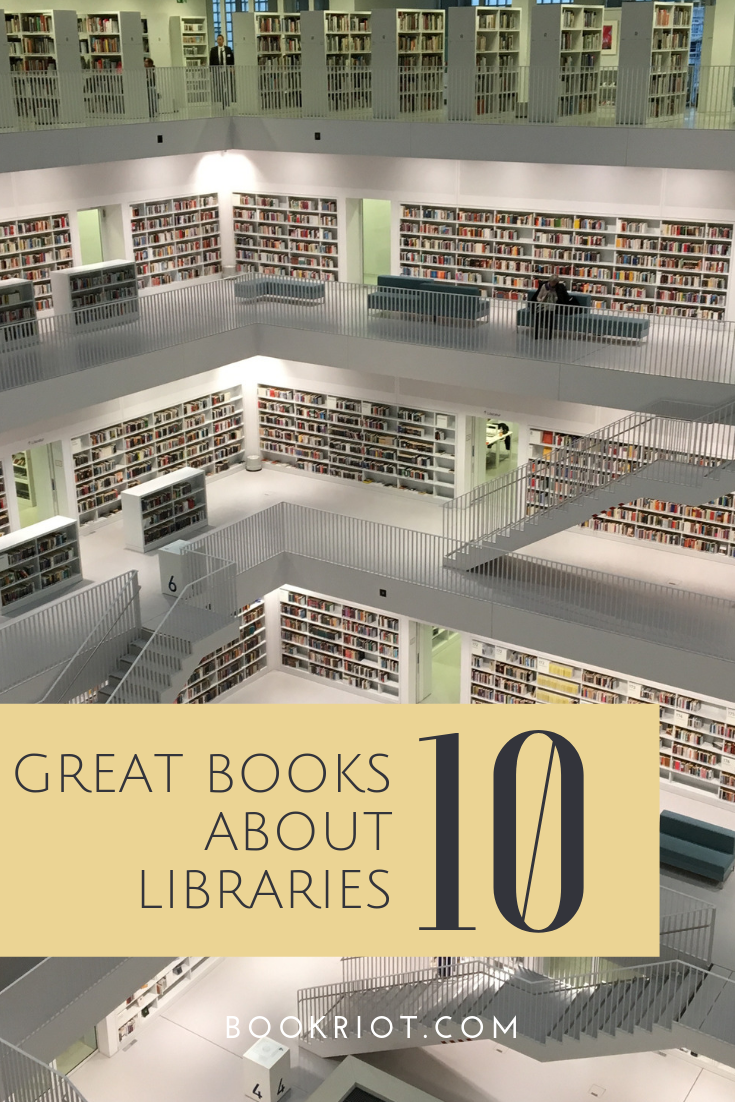 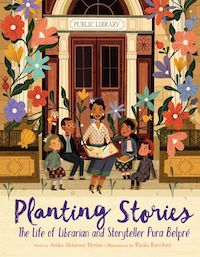 It’s never too early to introduce a love of libraries to children, and in Planting Stories: The Life of Librarian and Storyteller Pura Belpré (2019), Audrey Aldamuy Denise does just that. This picture book, with gorgeous illustrations from Paolo Escobar, tells the story of New York City’s first Puerto Rican librarian, Pura Belpré. After she arrived in New York in 1921, Belpré worked as a seamstress before taking a position as a bilingual assistant for the New York Public Library, where she transformed programming to be more diverse and inclusive. Belpré’s story is a testament to public servants who create safe spaces for people of all backgrounds to come together, learn from each other, find resources, and know they have somewhere they belong. 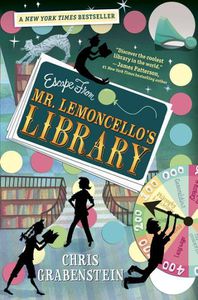 Make children feel welcome in libraries with Chris Grabentsein’s middle grade novel Escape from Mr. Lemoncello’s Library (2013). This whimsical story features young Kyle Keeley, who’s a bit of a goofball at school with a deep interest in games. Naturally he is intrigued by the invitation extended to town children to visit the new library created by eccentric Mr. Lemoncello. But there’s far more at work than a meet-and-greet, and Kyle and his friends have to escape the library. Escape from Mr. Lemoncello’s Library captures the wonder libraries can inspire in children and draws inevitable comparisons to Roald Dahl’s classic, Charlie and the Chocolate Factory. 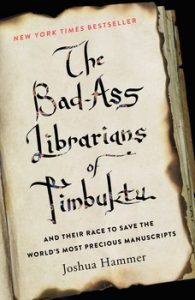 The Bad-Ass Librarians of Timbuktu: And Their Race to Save the World’s Most Precious Manuscripts by Joshua Hammer

This riveting book follows Abdel Kader Haidera, an activist and book collector, who traveled the Middle East to track down invaluable Islamic and secular documents and manuscripts. These priceless literary artifacts were brought to the city of Timbuktu and housed in a library. But when Al Qaeda invaded the area, the librarians knew they had to smuggle the manuscripts out. Joshua Hammer’s The Bad-Ass Librarians of Timbuktu captures their harrowing journey with a breathless pace and is a testament to how bad-ass librarians can be. 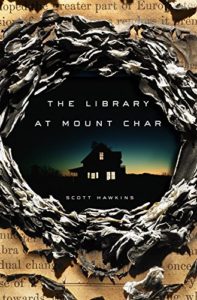 The Library at Mount Char by Scott Hawkins

The Library at Mount Char (2015) features lush writing and intricate dark fantasy world-building in an enchanted story about an endless library. Our protagonists grow up in a vast library, raised by a man called Father, and are responsible for mastering a certain “catalogue” of knowledge, which could be languages, animals, mathematics, or more. But as the children age into adults, they begin to sense what lies beyond those walls, a sinister society they alone can topple with their powers. Scott Hawkins deftly manages to construct a novel that asks us to question information and knowledge, just like a good library would do. 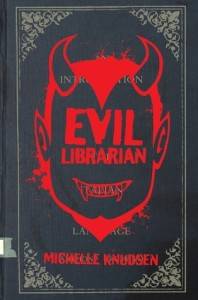 A hilarious spoof on paranormal romance, Michelle Knudson’s Evil Librarian (2014) is an entertaining novel about Mr. Gabriel, the dreamy, handsome new librarian at Cynthia’s high school. Cyn’s best friend, Annie, falls for Mr. Gabriel and becomes his new library monitor, and it’s up to Cyn to rescue Annie from Mr. Gabriel’s evil influence. Evil Librarian is a fun, tongue-in-cheek book that undermines the quiet librarian stereotype in a big way. 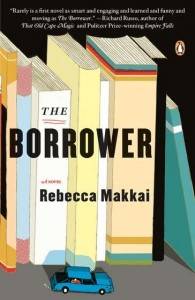 The Borrower by Rebecca Makkai

In Rebecca Makkai’s The Borrower (2011), Lucy is a children’s librarian in Mississippi, and it’s not exactly the profession she thought she’d end up in. Lucy slips extra books to her beloved patron, precocious misfit 10-year-old Ian, since his strict religious mother censors his reading material. One day, Lucy finds that Ian’s slept in the children’s area of the library to avoid his mother. She takes it upon herself to protect him, and the two embark on a road trip escape. This touching novel praises children’s librarians and the young patrons they inspire. 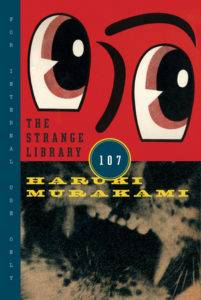 Let magical realist master Haruki Murakami transport you to a wondrous library in his lyrical novella The Strange Library (2014). Murakami’s short novel focuses on a little boy who becomes a menacing library’s prisoner, exploring the secret passageways and catacombs in the building to find a way out and meeting quirky characters along the way. Murakami captures the dream-like atmosphere of a library and the menagerie of smart, eccentric patrons it attracts. 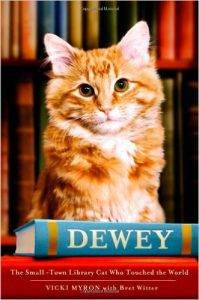 Dewey: The Small-Town Library Cat Who Touched the World by Vicki Myron

Libraries are not just safe harbors for humans. Sometimes animals and pets settle into the stacks, too, and it’s exactly that kind of heartwarming story we read about in Dewey: The Small-Town Library Cat Who Touched the World (2008). The inspiring and cozy biography of Dewey, a kitten who was abandoned in the Return Books drop in Spencer, Iowa, and adopted by Vicki Myron, the library director (and author of the book). The kitten went on to become Dewey, an infamous library cat with fans around the globe. This sweet book reminds you of how libraries can be shelters for all kinds of creatures. 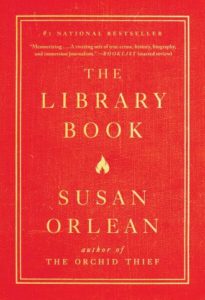 The Library Book by Susan Orlean

In The Library Book (2018), acclaimed journalist Susan Orlean tells the wrenching tale of the Los Angeles Public Library fire of 1986 and the efforts to rebuild after the traumatic event. Orlean’s scope widens to the role of libraries and librarians today, grappling with her own relationship to libraries over her life. The Library Book also asks if the person responsible for the arson can ever be found. This book was one of Book Riot’s Best Books of 2018. 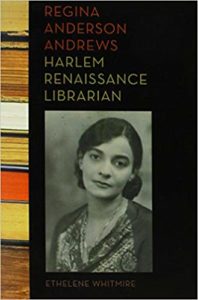 Ethelene Whitmire’s book brings the life and legacy of Regina Anderson Andrews, the first African American to lead a New York Public Library branch. Andrews was an integral part of the Harlem Renaissance community, creating a space in the library for diverse scholars, writers, and intellectuals and helping to establish key cultural institutions. Regina Anderson Andrews, Harlem Renaissance Librarian (2014) is an essential read for anyone looking to understand the role of public librarianship, library science’s relationship to activism, and diversity within the profession.