Journalism and publishing are two different industries, but they do have something in common: stories. Broadcast journalists in particular are among the most recognizable in the profession, because they are often onscreen. The stories that they report on as part of their work aren’t necessarily the only stories that they have to tell.

Whether it’s reporting on an important event or writing a fictional story that addresses real-life situations, the human element is super important. Sometimes the two worlds do collide, and journalists (like the award-winners reporters below) write books. 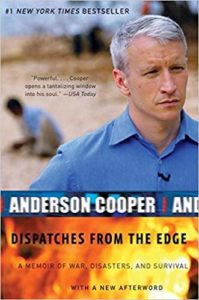 A journalist with decades of reporting experience, including reporting from war zones, Anderson Cooper currently anchors his own show on CNN: Anderson Cooper 360. He has moderated several primary debates and a presidential debate.

His broadcast work history includes working at ABC, where he co-anchored World News Now, and contributing to CBS’s 60 Minutes.

In addition to his onscreen work, he has written the book Dispatches from the Edge: A Memoir of War, Disasters, and Survival.

Cooper also wrote a book with his mother, the socialite, author, and businesswoman Gloria Vanderbilt. That book is The Rainbow Comes and Goes: A Mother and Son on Life, Loss and Love. 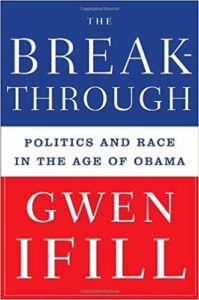 Gwen Ifill was a trailblazer for female journalists and journalists of color. Viewers most likely know her work as a broadcast journalist at PBS.

She made history by “becoming the first African-American woman to host a prominent political talk show on national television.” This happened when she worked as Washington Week‘s moderator and managing editor and The PBS NewsHour‘s senior political correspondent.

Also notable is that she moderated two vice-presidential debates.

Before her time at PBS, Ifill worked at news organizations like the Boston Herald American; The New York Times; and The Baltimore Evening Sun, per The History Makers.

She wrote the book The Breakthrough: Politics and Race in the Age of Obama. 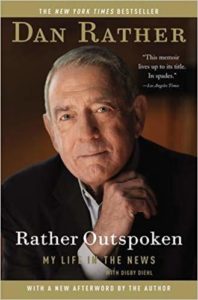 Veteran journalist Dan Rather has worked in the news industry for more than half a century, first at the local level and then nationally. Some of the big events that he’s covered include President Kennedy’s assassination; the Watergate scandal; and the 2010 earthquake in Haiti.

Onscreen Rather worked at shows like 60 Minutes, CBS Evening News, and Dan Rather Reports.  He’s been a White House correspondent, and television anchor, among other news roles.

Rather’s books include The American Dream: Stories from the Heart of Our Nation; Rather Outspoken: My Life in the News; What Unites Us: Reflections on Patriotism; and The Camera Never Blinks. 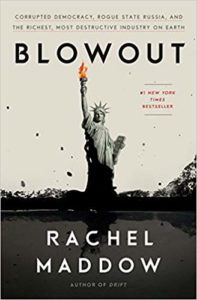 Rachel Maddow is the host of The Rachel Maddow Show on MSNBC, a network that she’s worked at for more than a decade.

She moderated a Democratic presidential primary debate in 2019.

According to her official bio, Maddow started with MSNBC as a political analyst, and previously worked at Air America Radio and two local news outlets in Massachusetts.

Two books that she’s written have been published so far, Drift: The Unmooring of American Military Power and Blowout: Corrupted Democracy, Rogue State Russia, and the Richest, Most Destructive Industry on Earth. 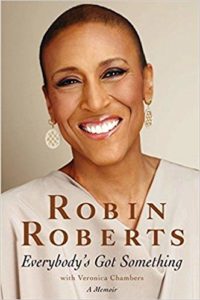 Roberts is currently a co-anchor on ABC’s Good Morning America, started a production company, and “has worked in broadcasting for more than 30 years,” per her ABC News bio.

She previously worked at ESPN covering different sports, after playing basketball at the collegiate level. Not only has Roberts won numerous awards as a broadcast journalist, she was also inducted into the Women’s Basketball Hall of Fame for her basketball achievements.

Roberts has written several books, like From the Heart, Eight Rules to Live By and Everybody’s Got Something. The latter is a memoir.