Books by queer Korean Americans aren’t exactly abundant, but there are definitely more than there used to be. O Magazine recently published an article by author R.O. Kwon about why she chose to come out as bisexual earlier this year. In the article, Kwon talked about her decision in the context of being Korean American. She counted up four other existing queer Korean American writers with published books, and expressed her desire to add to this “slim, ferocious list of names.”

As a bisexual Korean American writer myself (albeit without a book published yet), I’ve been watching the aforementioned list grow with interest. Despite the still relatively modest presence of queer Korean American literature, a few very notable works have popped up just within the past couple years.

So who are the writers who have made this “slim, ferocious list”? What have they been up to? Here’s a starter kit of selected books. 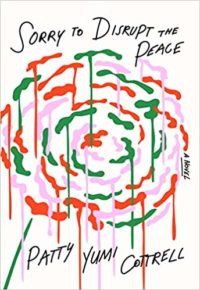 Sorry to Disrupt the Peace by Patty Yumi Cottrell

I’m reluctant to point out the quirkiness of this 2017 novel, because quirkiness in writing usually isn’t a selling point for me, but Sorry to Disrupt the Peace is really odd in the best way. Helen Moran receives word that her adoptive brother has killed himself. She decides to fly from NYC to her childhood home in suburban Milwaukee to “investigate” his death. This proves to be something of a challenge, as she hasn’t been on speaking terms with her adoptive parents for a while. But Helen has a way of following through on her impulses that makes her a disturbingly funny and delightfully weird character.

Throughout the text, Helen refers to her “adoptive brother” and “adoptive parents” as such. This quirk is so noticeable that it informs the whole tone and texture of the narration. Sorry to Disrupt the Peace is full of discomfiting humor, but also surprising sincerity. 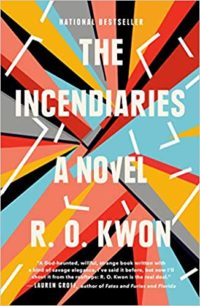 The Incendiaries by R.O. Kwon

The Incendiaries follows Phoebe, a young woman who’s drawn to a cult, and her boyfriend Will, a transfer student who’s lost his Christian faith. The early coverage of this book last year seemed to focus on the questions it raises about faith—and not wrongly, as this is a big part of what The Incendiaries is about. But knowing this didn’t prepare me for how virtuosic of a work it would be. It didn’t prepare me for such an ambitious swirl of language and viewpoints.

The Incendiaries is bold in its stylistic choices, and impressively broad in scope considering that it’s a relatively short book. It plays with the reader’s perceptions and assumptions. There’s a whole world churning beneath its surface. 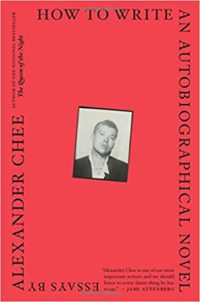 How to Write an Autobiographical Novel by Alexander Chee

The biggest surprise of this 2018 essay collection may be that the title is not being cute. How to Write an Autobiographical Novel does address the challenges of writing autobiographical material, however loosely. Sure, Chee talks about subjects as varied as tarot cards, roses, and a summer he spent in Mexico as a teen. But the essays ultimately paint a picture of his life as a writer, as well as the effects living and writing have on one another.

Alexander Chee has emerged as a natural mentor figure not just for Korean American writers, but Asian diaspora and marginalized writers in general. One reason for this is that his debut novel Edinburgh was published in 2001. At that time, there was much less visibility for Korean and Asian writers in the Western world. Chee has also made a point of using his platform as a known author to be supportive of and helpful to others. 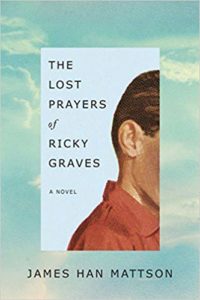 The Lost Prayers of Ricky Graves by James Han Mattson

This compulsively readable 2017 book gets into the blessings and hazards of extremely online culture, particularly for marginalized people. A closeted teenage boy in a small town reaches out to an openly gay man in San Francisco through a chat app. The boy’s mother, concerned about her socially withdrawn son, emails a famous author for personal advice. An Asian girl in the same town seeks community in an online social justice organization after her crush makes racist remarks about her.

While seeing emails, texts, and instant messages in fiction these days is nothing new, Mattson uses these forms with an accuracy that burns. But The Lost Prayers of Ricky Graves isn’t only about portraying internet technology as a source of tragedy. It’s also a non-cynical reminder of how real community and support can exist behind a smiley or heart emoji. 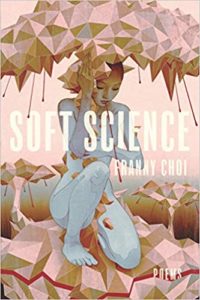 Franny Choi’s Soft Science, which follows her 2014 debut Floating, Brilliant, Gone and the 2017 chapbook Death by Sex Machine, is simply not to be missed. Soft Science revolves heavily around the theme of bodies and the implications of existing in a body, particularly with regards to queerness, race, and femininity. It plays with the idea of artificial intelligence vs. human intelligence, delving into how humans, some more than others, are expected to perform human-ness in a way that is in itself artificial.

In an interview with NPR, Choi made a statement about how things in the publishing industry may be changing for the better. While it’s about artists of color in poetry, I’d like to share part of it here because I think it also sums up the sentiment behind this list:

“And what I see happening around me is a lot of amazing artists who are kind of refusing to think with this, like, scarcity model…and to really try to, like, bring all of us up together and, you know, reach new readers who have felt alienated from poetry for so long who are able to now be part of this big party that we’re starting.”

A disclaimer about the content of this post: I’m using the term “Korean American” purely as a way of describing a demographic and not as an assumption of personal identity. Some people of Korean heritage prefer to identify themselves as simply “Korean” regardless of where they live or were born. This post isn’t necessarily meant to be exhaustive, either, but rather just to expand on Kwon’s list.

There may not be many books by queer Korean Americans at this point in time. But the ones that do exist contain some of the most exciting literature out there.