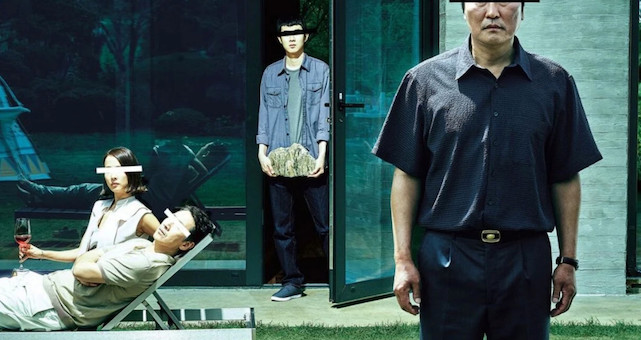 Bong Joon-ho’s Parasite has taken the world by storm, winning the 2019 Palme d’Or at Cannes and hitting sales of more than $110 million worldwide. In the U.S., it’s become the highest-grossing South Korean film of all time. It straddles the line between pop culture status and cinema buff heaven, and is reaping the benefits of that double appeal. Speaking of double appeal, today we’re talking books for fans of the movie Parasite. So listen up, #BongHive.

Let’s briefly think about what could make for a reading experience similar to watching Bong’s film. Parasite follows a poor family who schemes their way into working at a rich family’s house, meaning economic and political factors are ever-present. The movie maintains strong tension even during its quietest moments, creating an appropriate atmosphere for the story’s incisive and resonant critique of capitalism. So in looking for books like Parasite, we’re looking for reads that are conscious of social factors and that give you a heavy dose of suspense.

Below are four books in which the personal can easily be linked to the political. In which uncomfortable secrets lurk beneath everyday facades. In which nothing supernatural happens, exactly, but you’re frequently anticipating something creepy. Books that may leave you feeling more than a little gut-punched. Ready? Let’s make our way inside. 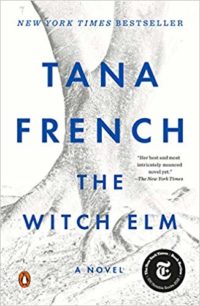 The Witch Elm by Tana French

Guardian editor Justine Jordan called this unpredictable novel of French’s “a pin-sharp portrait of privilege,” which sums up its political component perfectly. But like Parasite, The Witch Elm is several things at once. It’s a thrilling page-turner, a beautifully descriptive line-by-line narrative, and a frightening look at how social status can affect perception.

Our main character, Toby, initially thinks of himself as a nice, normal guy. But he begins to feel differently after being attacked in his apartment by a pair of intruders. Still suffering from a bad head injury, Toby decides to make a prolonged visit to his uncle Hugo, who’s dying of cancer, and a chain of unforeseen events ensues.

In Parasite, the wealthy Park family lives in an architectural marvel of a modern home that nevertheless hides secrets. In French’s book, the house where Toby stays with his uncle holds fond memories of summers he spent there as a child, but is also concealing something from him (literally). 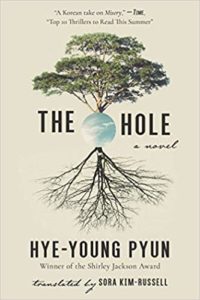 The Hole by Hye-young Pyun (Translated by Sora Kim-Russell)

Coincidentally, this novel is also built around its main character sustaining a severe injury (and has a creepy picture of a tree on its cover). More significantly, like both Parasite and The Witch Elm, it takes place almost entirely within the confines of a single house. Oghi, who was in a car accident that killed his wife, wakes up from a coma one day to find himself paralyzed and in the care of his mother-in-law. As the narrative unfolds, we learn about Oghi’s rocky relationship with his wife through flashbacks. In the meantime, his mother-in-law doesn’t always exactly seem committed to his well-being. And she’s digging holes in the yard for…uh, some reason.

The Hole’s slow-moving but tense plot veers close to the unsettling feel of Bong’s masterpiece. 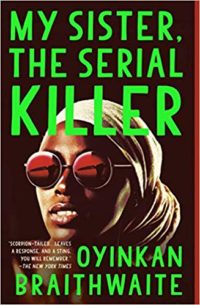 In Parasite, the Kim family may not turn out to be as innocent as you first presume. Still, the film positions you to root for them. By the time you start having serious misgivings about what they’re doing, it’s hard to not continue to want the best for them anyway. By contrast, with My Sister, The Serial Killer, non-innocence is a given that you can get just from the title. But its blatancy may pique your curiosity.

Korede, whose younger sister Ayoola has a penchant for offing boyfriends, offers her perspective in this darkly comic book. My Sister, The Serial Killer explores gender inequality, along with other serious social subjects, while telling an engaging and frequently funny story. Like with Parasite, Braithwaite’s novel has a certain split appeal. As a piece of literary fiction, it’s taut and unassuming in its length and format. As entertainment, it’s over the top and in your face. 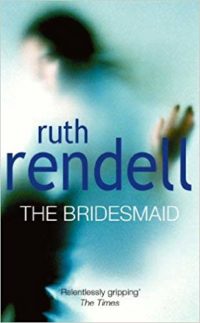 The Bridesmaid by Ruth Rendell

In this classic from Rendell, a well-known author of psychological thrillers, a boy meets an alluring girl. But this girl, Senta, she’s not like other girls. Like the poor Kim family in Parasite, Senta lives in a dingy basement. She also may be, let’s say, morally compromised. To put it mildly, she has some pretty bizarre ideas about how people in relationships should behave. Before our boy Phillip knows it, he’s in over his head. While it was first published in the ’80s, The Bridesmaid can read like a horrifying take-down of the more recently recognized manic pixie dream girl trope. In this case, the normal guy hoping for the eccentric girl to turn his world upside down gets way more than he bargained for.

Parasite is a brilliant and awesome film that everyone should see. And if you already know you love it, you may love any of the books above just as much.