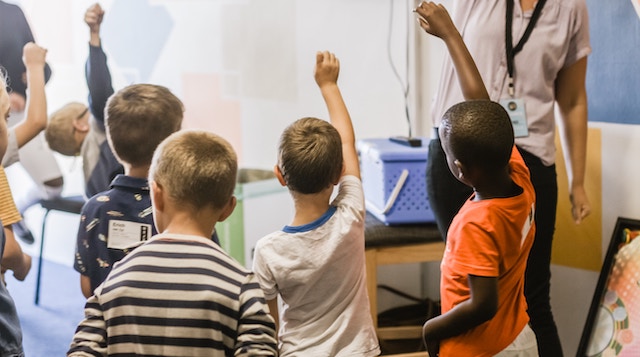 It’s hard to find books for first graders and second graders when they’re just learning to read. Often a page filled with words is too intimidating. Kids are used to books with big words and pages full of colorful pictures. The transition to chapter books is hard. Especially when they’re brought to the library after school and soccer practice, tired, and their parents frantically pull books off the shelf and say something  like “this looks good” or “this is your level”; but all their kid can see are too many words, too many pages, and they’re wary of their parent’s taste. They’re wary of any adult’s taste, because adults are always trying to get them to read something “appropriate.” So they shake their heads and say no to each book their parent puts in their hands. Both child and parent get frustrated, and that’s when they come to me at the front desk.

I have my staple recommendations of books for first graders and second: Mercy Watson; The Princess in Black;  Baby Monkey, Private Eye; Jasmine Toguchi; and any graphic novel. All of these books share certain qualities that I think most beginning readers in first and second grade are looking for in a book: they’re short, funny, and have colorful pictures. I also like to pick books that are part of a series, because if they like the first book, they’ll have a whole slew of other books to read before they have to start the whole process of finding a good book again.

It’s tough, but there are plenty of great books out there, so I made a list that will hopefully help find the perfect book for the first or second grader in your life! 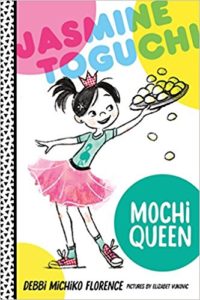 Jasmine Toguchi wants to help her family make mochi, but she’s only 8 years old and too young to assist in the tradition. So far there are four books in the series, which follows Jasmine and her Japanese American family. These books have a very Ramona Quimby-esque vibe, and I love it.

Ruby Lu is a funny, charming, lovable, 8-year-old with a great sense of adventure. The story is infused with Chinese and Chinese American culture, has short chapters, and lots of pictures. 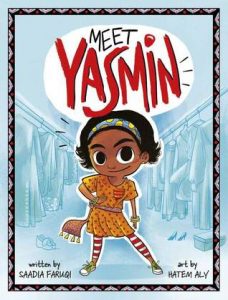 Yasmin is a second grader with a big imagination, and she doesn’t back away from tough situations. Each short chapter focuses on a challenge that Yasmin must work to solve, which she does with a whole lot of creativity. Yasmin is part of a large, charming, multi-generational Pakistani American family. So far there are ten books in the series.

Junie B. Jones by Barbara Park

Barbara Park captured childhood perfectly in her little quippy, precocious Junie B.! And if you’re interested, Book Riot has a round-up of some of Junie’s best quotes from the first book in the series, Junie B. Jones and the Stupid Smelly Bus. This series will forever be one of my favorites! 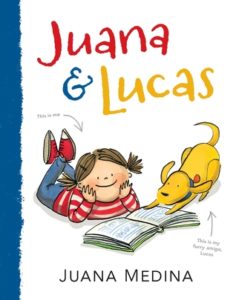 Like Mo Willems’s Elephant and Piggie books, Duck Duck Porcupine is told through dialogue, and broken up into short, easily digestible stories. The first book is divided into three stories that are filled with colorful, engaging illustrations and charming characters. 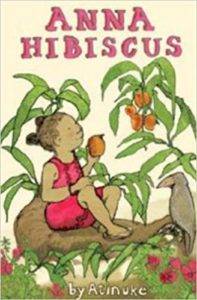 An early chapter book set in Africa is a hard thing to find; but add a dollop of humor, lovely illustrations, great writing, and you’ve stumbled upon a wonderful book for young readers. Anna lives inside a compound that is surrounded by a big, lovable extended family. She loves snow and sometimes has to watch her twin brothers Double and Trouble. Kids will learn about both contemporary and traditional Africa as they follow Anna on her adventures around her home.

Dyamonde Daniel is a friendly third grader with “wild-crazy hair and a zippy attitude”. She’s friendly, outgoing, and super smart. She can make friends with almost anyone, but despite this, she’s still lacking a best friend. Hopefully that will change. 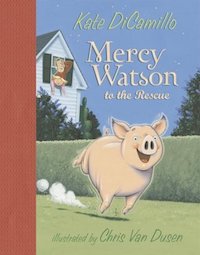 You’ll never go wrong with a Kate DiCamillo book. Kids and adults will both find something delightful in her stories. The Miraculous Journey of Edward Tulane—the story of a lost china rabbit—makes me cry every time I read it. Mercy Watson is about a childless couple  who adopt a sweet little pig named Mercy who loves buttered toast. The series is illustrated by Chris Van Dusen whose art lends the right kind of whimsy to the story.

Full of colorful illustrations, large font, and few words on each page—the Katie Woo books are perfect for early readers. Plus, there are over thirty books in the series! 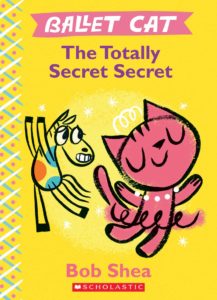 Like Mo Willem’s Elephant and Piggie and Salina Yoon’s Duck Duck Porcupine, this short series by Bob Shea is told through speech bubbles. The series follows Ballet Cat and her relationship with other animal friends. It’s very funny and colorful.

The Princess in Black by Shannon Hale

All I have to do to get kids interested in this book is open it and let them see the pictures. The illustrations by Dean Hale and LeUyen Pham are very bright and appealing for most beginning readers, plus the story is really cute, and perfect for fans of cartoons like Princess Sophia. 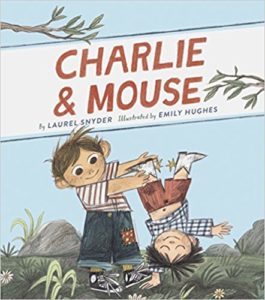 Charlie and Mouse by Laurel Snyder

Charlie and Mouse inhabit the kind of world I wish I lived in. The story is told in four short, illustrated chapters, which range in subject from a rock selling business, to a neighborhood party at the park, to a new bedtime routine. It’s short, sweet, and peppered with diversity. I love it!

Lily, Tess, and Rosie are staying with their Aunt Lucy at her house on Cobble Street. They’re sharing an attic bedroom that they divide into three separate spaces that best exemplify their unique personalities: Lily the poet, Tess the actor, and Rosie, who just wants a cottage with flowers by the door. The three sisters are preparing for the summer and planning on starting their own cookie company. I love Cynthia Rylant’s chapter books, and if you enjoy this series, I also recommend her Lighthouse Family series. 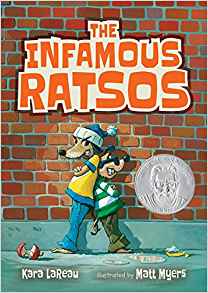 The Infamous Ratsos by Kara LaReau

Louie and Ralphie Ratso try hard to prove that they’re tough, but every time they try to prove their toughness, they end up doing something good for someone else. Will their dad, Big Lou, be mad when he sees how soft his sons have become?

Yeah, okay, 192 pages sounds like a lot, but Baby Monkey, Private Eye is mostly wordless. Baby Monkey is a crime-solving cutie, and he’s darn good a solving mysteries. If you’re missing jewels, a spaceship, or a pizza, Baby Monkey can help you…after he struggles to put on his pants. 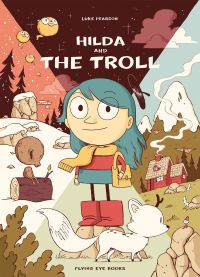 Hilda loves her home in the woods, but her mom wants to move into Trolberg and away from the perils of living in a snow-capped wilderness. Hilda conspires with the forest creatures to delay her departure, but inevitably, Hilda and her Mother—beset by forest-induced calamities—must move away from their rural home. Still, Hilda finds mystical creatures and plenty of adventure in the city.

Everyone knows about Captain Underpants and Dog Man, but what about Mighty Robot? Ricky Ricotta is a small mouse who’s used to getting picked on at school, and feels a little lonely. Enter: Robot. Robot is sent by Dr. Stinky (remember this is Dav Pilkey) to destroy Squeakyville, but Robot doesn’t want to be evil. Together Ricky and Robot must work to stop Dr. Stinky. This is full of big, bold illustrations, and will be a breeze to read for most kids. 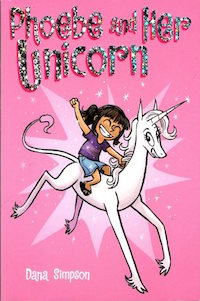 Phoebe and Her Unicorn by Dana Sampson

Phoebe and her unicorn’s relationship begins when Phoebe skips a rock across a pond and hits a unicorn in the face. The Unicorn’s name is Marigold Heavenly Nostrils (of course), and from the very beginning Phoebe and Marigold become best friends. This comic has a very strong Calvin and Hobbes vibe, which is a good thing. A very, very popular series at the the library.

Peter and Ernesto by Graham Annable

Peter and Ernesto are sloths. Peter is a homebody and Ernesto dreams of traveling and seeing new places. When Ernesto leaves and Peter is left behind, he worries about his friend and starts his own journey to find Ernesto.