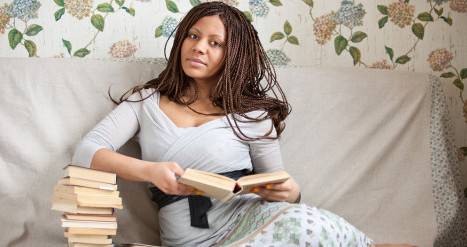 Have you ever read a book that is so good that you wish you could do more than just read it? That it would somehow be possible to physically absorb it so that you would be able to carry it with you always.

Three of my recent reads made me feel this way. 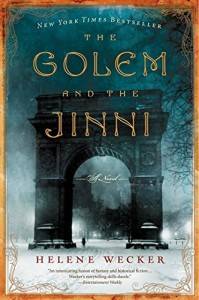 The first one is Helene Wecker’s The Golem and the Jinni. The Golem and the Jinni takes place in late-nineteenth century New York City in the immigrant neighborhoods of recently-arrived Syrians and Eastern European Jews. The story is about Chava, a golem without a master, and Ahmad, a jinni who is released from his bottle in the New World. When she wrote this novel, Wecker drew from her personal experience of belonging to a family consisting of both Jews and Arabs. This experience shines through in the supernatural alternative universe she has created in New York City. This universe is so well-crafted and well-written that when I read this book I wished that I could somehow step through the pages and become part of it.

The second book is Salman Rushdie’s Two Years, Eight Months and Twenty-Eight Nights, which incidentally also has the jinn among its main characters. The story is about the descendants of the jinnia Dunia and the medieval philosopher Ibn Rushd who in the twenty-first century are called upon to defend Earth against an invasion of evil jinn. I am an admirer of Rushdie’s use of language and when I read parts of this novel out loud that admiration only increased. Rushdie doesn’t just write literature; he writes music. The discovery of the rhythm and melody of Rushdie’s prose awoke a desire in me to be able to listen to this book all the time. I wished that I somehow could plant the text inside my ear where it would be recited without interruption (and without me going crazy in the process). Read this passage out loud to yourself and you will understand what I am talking about.

But it was Genesis that got him, the Vulgate that was his namesake
Saint Jerome’s work. Genesis, especially chapter one, verse three.
Dixitque Deus: fiat lux. Et facta est lux. Translated by himself into his personal
Bombay “Wulgate”: And God said, Cheap Italian motor car,
beauty soap of the film star. And there was Lux. (p. 28) 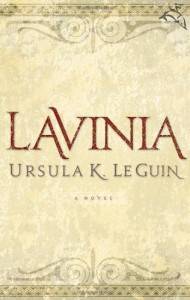 The third book is Lavinia by Ursula K. Le Guin. In Lavinia Le Guin tells the story of the woman because of whom the war is fought in Vergil’s classic poem The Aeneid. I read The Aeneid and to be honest, I found it to be quite disappointing. Aeneas, the hero, came across as a one-dimensional blockhead, as did his antagonist, Turnus. Lavinia herself was only mentioned a few times in the story and was never given a chance to speak. Then a friend of mine recommended I read Le Guin’s Lavinia and I am so happy she did. The language, the story, the setting, and the characters are painted in the vivid colors of Le Guin’s beautiful prose. Here, Lavinia steps out of the shadows as a living, breathing individual. Even Aeneas and Turnus become characters of flesh and blood. When I read this book I wanted to place it on my face and absorb the text through my skin so I could carry it with me always.

What books have you read that you wish that you could carry with you always?