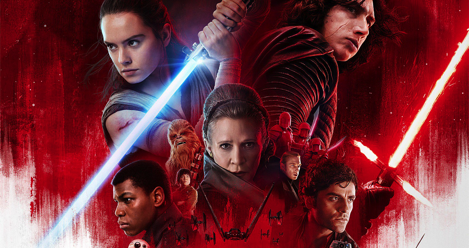 There’s a scene in The Last Jedi that sticks with me. Luke is standing at the tree of Jedi knowledge, watching it burn in horror. 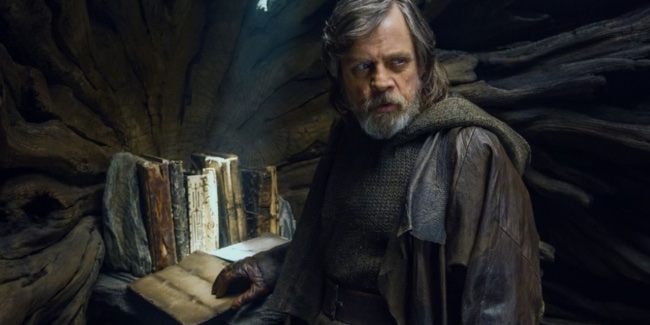 “The books!” he yells at Yoda.

Yoda smirks. “Read them did you?”

Luke pulls a face and looks down and to the side, the classic “well they’re on my TBR list, but I just hadn’t gotten to them yet” look.

“Pageturners, they are not.” Yoda chides.

Begun, These Tie-Ins Have

Even more than with The Force Awakens, there were numerous novels and comics released in the year leading up to The Last Jedi. Chuck Wendig finished up his sequel/prequel trilogy with Aftermath. Claudia Grey released a masterful book, Leia, Princess of Alderaan. One of my favorite authors, Delilah Dawson, wrote a can’t-put-down novel about Phasma. And most recently, a quartet of authors wrote about the casino town of Canto Bight. And that’s just the novels. There was also a tie-in graphic novel about Phasma and the ongoing solo Poe Dameron comic series.

I am a fan of all things Star Wars and love nothing more than sitting down with a tale from a galaxy far, far away, getting the juicy backstory that there just isn’t time to divulge in the span of a movie. But halfway through Last Jedi, something started to nag at me.

When Admiral Amilyn Holdo popped up on screen to take over for Leia, I immediately thought, “Oh yeah, that’s the character from that book on my TBR list. Let’s see how they flesh her out here.”

Her relationship to Leia, her prickly demeanour, her ultimate sacrifice, they were all the development we got of what was one of the most important side characters in the movie. “If only I’d read the book,” I thought.

The same happened when Finn and Rose got to Canto Bight. “Oh! I bet there are all kinds of important characters here that showed up in the stories. I wonder which one they’ll tease out?”

Except they didn’t. Canto Bight was opulent, corrupt, and full of contrast between glitz and force-sensitive broom wielding urchins. But it was ultimately a waystation to pick up Benicio del Toro’s character, DJ. It became readily apparent that, if I wanted more, I would have to pick up the novel.

The feeling stuck with me as additional characters showed up on screen. I nodded sagely as General Hux reached for the blaster at his side when Kylo Ren was down, knowing how ruthless he was and how little he trusted others from how he was depicted in Aftermath and Phasma. Phasma herself, magically freed from the trash compactor she’d been left in on Starkiller Base in the first movie (unless you read the comics, then you knew how she got out), showed but only a tiny amount of the fire and determination that I knew from her novel and the comics (even if she was still criminally underused). As Poe hugged the pilots from Black Squadron warmly, I thought about what they had been through in the comics, the secret missions they’d run for the Rebellion.

It was satisfying to see these character traits all play out, except would I have known any of that, had any of those associations at the ready, if I hadn’t read at least some of the fiction that tied into the movie?

When the Star Wars Extended Universe novels were created for the original trilogy they were there to, well, extend the story. They gave us the new adventures we craved, completely free of the influence of any movies other than their starting point of the first three Star Wars films.

The Star Wars fiction that has sprung up around the new trilogy does something we’ve never seen before. It’s outsourcing the characterization and development of the characters we see in the movies. No longer are the associated novels and comics fun extensions of the story, they’re vital to understanding what’s going on.

The pattern has been established so quickly that I found myself fuming as I left the movie theater.

“They’re not going to give it to us on screen.” I said to my son.

“Snoke’s backstory. Instead of giving us anything on who he is and how he got to where he is, we’re going to have to read about it in some trilogy that links the end of Aftermath to the beginning of The Force Awakens.”

I hope I’m wrong and that the next movie is more than a myriad of plots focusing just long enough on ancillary characters to get us to buy more. But I’m not.

When I got home this evening my Twitter feed was full of announcements for the Rose and Paige comic which will give you the rest of their story. It’s like a literary DLC. “You like this person? Fantastic! You can watch 2% of their story for free, but purchase the $15.99 novel to get all 100%!”

Don’t get me wrong. I’m happy to get more story about great characters. I will readily pony up my cash for an all-ages tale about Rose and her sister penned by Delilah Dawson. I was excited to read Phasma and get an origin that wouldn’t fit on the screen. I loved the establishment of new characters in Aftermath. But when you leave all of the heavy lifting of characterization to other mediums, you risk alienating the same audience that you’re trying to entice to buy more stuff.

Especially for slow readers like me, when the volume of Star Wars material you have to read to be ready for the next movie represents over half of your reading capacity for the year, there’s a saturation problem.

Still. Books do have their purpose. I can’t help but wonder. Maybe if Luke had read the Jedi tomes, he would have discovered the secret to Jedi Facetime so that it didn’t kill him the first time he used it.