So you read Toni Morrison’s Beloved, and now you’re looking for books like Beloved to fill the novel-shaped hole in your heart that this classic left behind. I get it. It’s difficult to find a book that packs the exact same kind of punch as Toni Morrison’s critically acclaimed novel, but these novels come close. Whether it’s the themes, plot points, or writing style, each of these books has some element that makes it comparable to Beloved in some way. 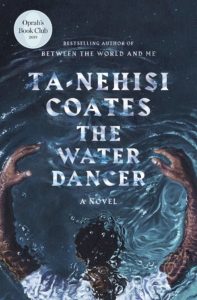 1. The Water Dancer by Ta-Nehisi Coates

Toni Morrison praised author Ta-Nehisi Coates by saying, “I’ve been wondering who might fill the intellectual void that plagued me after James Baldwin died. Clearly it is Ta-Nehisi Coates.” And Coates listed Toni Morrison as one of his biggest influences for this novel, so it should come as no surprise to see this critically acclaimed book at the top of this list. Like Beloved, this book looks at the trauma of slavery through a lens of magical realism. Set in the pre–Civil War South, this is the story of Hiram Walker. Hiram has a photographic memory but cannot remember his mother, who was sold away when Hiram was a child. As Hiram begins to uncover memories of his mother, he also learns that he has superhuman powers that are fueled by these strong memories. 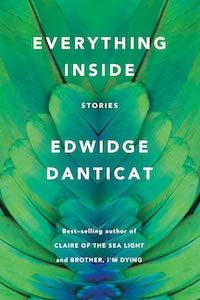 2. Everything Inside by Edwidge Danticat

Speaking of authors who have been influenced by Toni Morrison, Edwidge Danticat called Morrison “a literary mother to generations of writers, especially black women writers like myself.” If you enjoy Morrison’s writing style in Beloved, you would probably like Danticat’s work as well. Her latest is this collection of short stories, Everything Inside, which covers topics like community, family, tragedy, grief, and love. 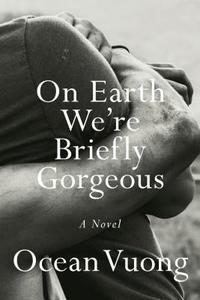 When Ocean Vuong was asked about the 10 novels that helped him write On Earth We’re Briefly Gorgeous, Morrison’s Beloved made the list. The subject matter of Vuong’s work is very different from Beloved. However, Vuong explains, “[Beloved] taught me to see Vietnamese refugees as survivors with agency, like Sethe, who must now furnish a future within incomprehensible aftermaths. It gave me the confidence and determination to see Vietnamese American life as worthy and exceedingly beautiful in the project of literature.” 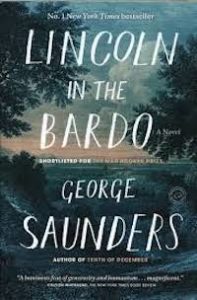 4. Lincoln in the Bardo by George Saunders

Looking for another literary ghost story that tells us something about American history? Try this experimental novel by George Saunders. It’s February 1862, and the American Civil War has been going on for less than a year. While the war rages on, President Lincoln’s beloved 11-year-old son, Willie, dies and is laid to rest in a Georgetown cemetery. Here in this cemetery, over the course of one night, a chorus of ghost voices talk about the answer to one timeless question: “How do we live and love when we know that everything we love must end?” 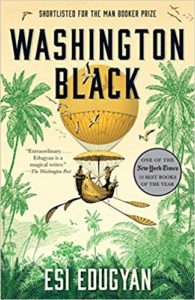 For another excellent and heartwrenching novel about the trauma of slavery, Esi Edugyan’s novel is one to read. George Washington Black (or Wash) is a child born to slavery on a Barbados sugar plantation. But his life changes when his master’s brother chooses Wash to be his new manservant. Wash soon discovers that Christopher Wilde, his new master, is a naturalist, explorer, inventor, and abolitionist. Everything seems to be looking up for Wash. But then a man is killed and a bounty is placed on Wash’s head. Now, Wash and Christopher must flee together, and thus begins their adventure across the globe, from the Caribbean to the Far North, London, and Morocco. 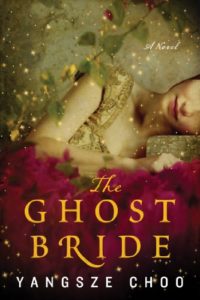 6. The Ghost Bride by Yangsze Choo

Here’s another excellent book with literary ghosts in a historical setting. Li Lan comes from a respectable Chinese family living in colonial Malaysia. Because of her family background, she has long hoped to find a good match. Unfortunately, her father lost his fortune, and Li Lan does not have many suitors banging down her door. Thus, Li Lan’s family ends up taking drastic measures to get her married off. She becomes a “ghost bride” for a wealthy family’s son after the son dies under mysterious circumstances. 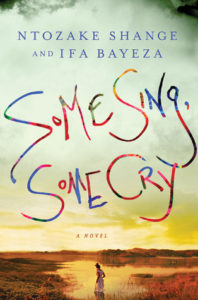 7. Some Sing, Some Cry by Ntozake Shange and Ifa Bayeza

For a look at how slavery affects generations, read this novel by sisters Ntozake Shange and Ifa Bayeza. Shange is best known for her play For Colored Girls Who Have Considered Suicide When the Rainbow Is Enuf. And Bayeza is known for The Ballad of Emmett Till. Together, the sisters created this ambitious work that spans seven generations of the Mayfield family. We follow the Mayfield family from working in a rice and cotton plantation on an island off South Carolina’s coast, through both World Wars, the Harlem Renaissance, Vietnam, and into contemporary times. This is a personal story of a family, but it’s also the story of America. 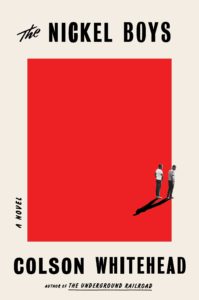 8. The Nickel Boys by Colson Whitehead

Writer Abby Manzella said that The Nickel Boys “invoke[s] a Toni Morrison-esque poetic simplicity that speaks to a toxic past that continues to haunt us.” So if that writing style is what sticks with you most about Beloved, then this novel is one for you to pick up. This is the story of two young boys growing up in Jim Crow–era Florida. As youths, they are forced to attend a reform school called Nickel Academy, whose mission is to provide “physical, intellectual and moral training.” What that looks like in reality is horrifying and abusive and will in turn shape the people these two boys become. Sadly and perhaps unsurprisingly, this story is based on a real reform school in Florida that operated for over 100 years. 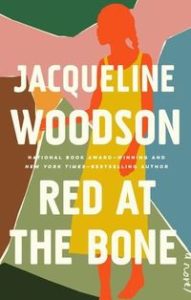 9. Red at the Bone by Jacqueline Woodson

For another book with a similar style to Morrison’s Beloved, read this novel. People magazine wrote that Red at the Bone is “an exquisite tale of family legacy…The power and poetry of Woodson’s writing conjures up Toni Morrison.” In this novel, an unexpected teen pregnancy brings two families from two different social classes together. Moving back and forward through these families’ timelines, we see how the decisions they make affect one another’s lives and the life of the child that brought their families together in the first place. 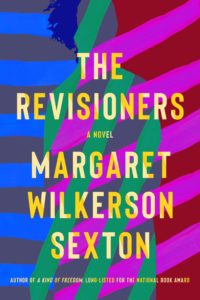 10. The Revisioners by Margaret Wilkerson Sexton

The Revisioners is a book about racial tensions across generations. And it’s delivered in a style that has been compared to Toni Morrison’s, so this is an excellent book to pick up if you’re looking for more books like Beloved. This novel follows the story of two women. In 1924, Josephine is a woman who owns her own farm after freeing herself from slavery as a child. And nearly 100 years later, Josephine’s descendant Ava is a single mother who recently lost her job and is forced to move in with her white grandmother. In addition to exploring racism, Josephine and Ava’s parallel stories are examinations of women’s relationships.

These are just a few books like Beloved that you might enjoy. If you love getting recommendations based on previous books you love, check out TBR (Tailored Book Recommendations). TBR hooks you up with book suggestions based on your specific interests and books you’ve loved. If your next great read isn’t here in this list of books like Beloved, it’s definitely waiting for you over at TBR.