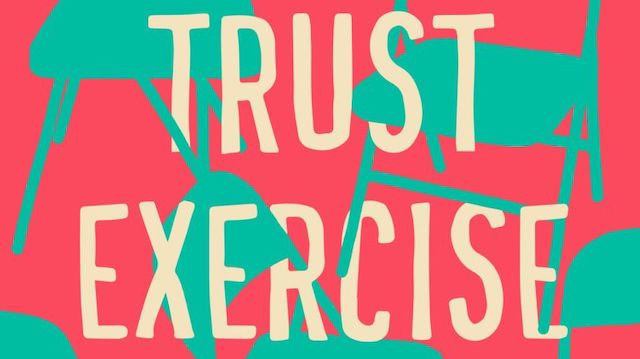 Susan Choi’s Trust Exercise, which recently won the National Book Award for fiction, has proven divisive among readers. You need only look at the Goodreads reviews to see how thoroughly it has angered some and thrilled others. If you aren’t on board with the unexpected turns Choi’s meta novel has to offer, that’s just fine. But if you’re on the lookout for more books like Trust Exercise that mess with your head, this post is for you. 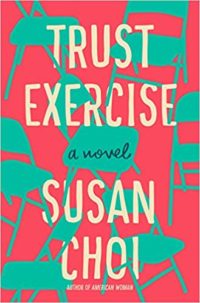 When I started putting together the list of books like Trust Exercise below, I noticed an interesting phenomenon. Trust Exercise itself is divided into three parts. The first part puts the bulk of its focus on an intense relationship between two teens in a high school drama program, Sarah and David, with some attention given to the other students around them. After that, the book doesn’t exactly move away from those characters, but it’s only in the second and third parts that we truly get an idea of the scope of Choi’s novel. As it turns out, not just one, but multiple of the works that I perceived as having similar properties to Trust Exercise are also divided into three parts.

A couple are technically three linked novels, and so I’m cheating a little by putting them on this list. But oh well, I’m doing it anyway. Another work is a series of three linked novellas published as one book.

I have no idea what this means. Absolutely none. It’s just something to reflect on as we examine these out-of-the-ordinary reads. Prepare to have your mind blown, or to just be temporarily confused. 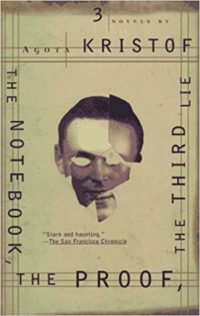 Ágota Kristóf fled to Switzerland as a Hungarian refugee in the 1950s and eventually began writing in French. As French was a second language for her, her books are written in a relatively simple style. This is particularly true of the first novel in this series, The Notebook, which is narrated by two twin boys living with their grandmother in a country besieged by war. In the “Little Town” where they live, the twins witness all kinds of horrors, violence, and abuses of power. However, their reactions and observations, written in the first person plural and the present tense, are entirely dispassionate. The result is both chilling and captivating.

The Notebook can be read as a standalone, but the following two books throw its story into a new light. The Proof and The Third Lie are, if anything, even more disturbing than The Notebook, but they continue a fascinating exploration of fiction, reality, and storytelling. 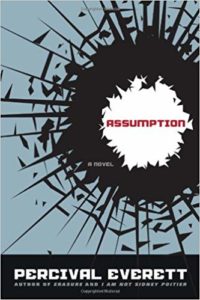 This is a series of three novellas published as a single novel, which might be confusing. Ultimately, it’s probably fine to think of it as a novel that’s divided into three “episodes,” each of which follows Ogden Walker, a deputy sheriff, over the course of an investigation. The first episode, in which Walker is faced with the murder of an old woman, starts off feeling like a fairly normal police procedural. It’s hard to go into much more detail without bumping into spoilers. But I will say that the first pages may ease you into a false sense of complacency.

Everett is known for genre-hopping and making each literary format uniquely his. With Assumption, he challenges readers’ preexisting ideas about social factors like race, and expectations as they pertain to story and genre. This is another book that has angered some readers who felt cheated, which I can at least understand. What I like about it, though, is that how you read it will probably differ slightly depending on what you bring to it—your biases, your life experiences, your experiences as a reader. 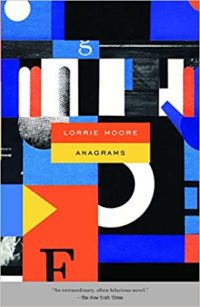 This novel is full of enthusiastically bad wordplay. Like, “And to live…is to have no liver.” Then there are gems like, “Once you’ve seen a child born you realize a baby’s not much more than a reconstituted ham and cheese sandwich.” Which might draw some readers in and turn others off. But that’s hardly what Anagrams is really about. The book starts off with a couple who isn’t one, Gerard and his next-door neighbor Benna. Benna is a lounge singer and Gerard is in love with her. Sometimes they talk through the wall that separates their apartments, and sometimes they hang out together. But that’s not really what Anagrams is about, either.

Before long, a flip is switched and the story begins over again, or rather, a slightly different story begins. You might start to think that this pattern, these variations, is what Anagrams is about. And again, you would, arguably, be wrong. Moore’s novel is split up into several sections, but to tell you how many seems like it would in itself be kind of a spoiler. 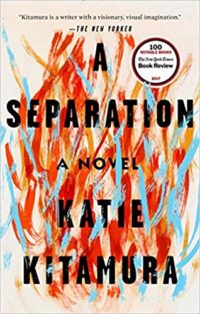 A Separation by Katie Kitamura

This book breaks the pattern of works divided into three or any distinct number of parts. In terms of its format, it’s a pretty straightforward novel. But in its narrative tone, it feels like a soulmate of Trust Exercise. In A Separation, a woman and her husband have unofficially split up, but he’s convinced her to keep this fact a secret for the time being. In the meantime, he goes on a trip to Greece by himself. When his mother can’t get a hold of him, she calls his wife, the narrator, and pushes her to go to Greece to check on him.

Somehow unable to explain the truth of their situation, the narrator finds herself on a flight to Greece. She plans to finally ask her husband for a divorce. Only when she reaches his hotel, he’s no longer there, and she’s stuck waiting for him to show up.

Like Choi’s book, A Separation may come off to some as cold and intellectual. In this case, it’s because its narrator is that way herself, or tries to be. She isn’t exactly an unreliable narrator so much as a more transparent narrator than she realizes. As she speaks about her husband, she reveals many details about herself. There’s a lot to speculate on and puzzle out, both at surface level and deeper. 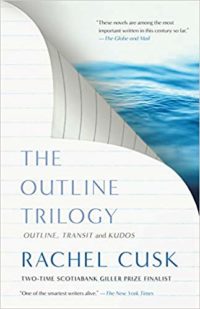 Ah, another trilogy. I’m not going to tell you that you have to read all three of these books. But you could. All three are situated among the life and travels of a woman named Faye. Faye is a writer who has many conversations with people in the course of comings and goings between literary events, classes, and so forth. The books more or less are these conversations, and believe it or not, they’re fascinating for the most part. By throwing the focus onto secondary characters, Cusk creates a portrait of Faye in negative space. This is somewhat similar to how we glimpse the narrator in A Separation.

It’s difficult to describe in just a few words everything that happens in these novels. Like some of the other works on this list, your experience reading them may be strongly informed by what you bring to them. However, if you’re looking for a good review of the trilogy, I would recommend Patricia Lockwood’s in the London Review of Books. Search for it in that moment of post-reading crash when you feel like you need to keep going. (I’m not linking it here because it contains spoilers, which are admittedly not such a serious thing in Cusk-land.)

These books are real love-’em-or-hate-’em concoctions. By reading them, you risk feeling betrayed. But if you’re an adventurous reader, you know that risks like these just come with the territory.