This list of books with rural settings for the 2020 Read Harder Challenge is sponsored by TBR: Tailored Book Recommendations.

I am a diehard reading list fan, so I always find the announcement of the new year’s Read Harder challenge extra exciting. This year, my eyes gravitated toward the “read a book that takes place in a rural setting” challenge and my heart leapt with excitement. Rural settings that go beyond small town stereotypes can be hard to find in literature, but at the same time there are so many great novels that show that a rural setting is not a static place, and that rural settings can be as unique as cities.

If you Google “books that take place in a rural setting,” you’ll find a lot of historical fiction and classics that take place in small towns or remote places, and while those books technically satisfy the challenge (you do you!), I chose ten books that take place within the last 50 years, but mostly are set during current day. I did this because I think it’s important that readers are exposed to an accurate and more current depiction of small town living, not a rosy version of the past. No matter how you choose to interpret this challenge, you can’t go wrong with these ten books! 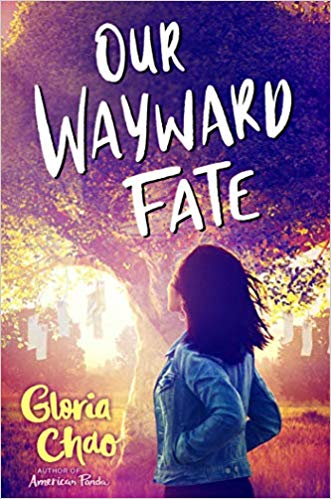 Our Wayward Fate by Gloria Chao

Gloria Chao’s second novel follows Ali Chu, a Taiwanese teen in a small town in Indiana who has gotten used to blending in and keeping her mouth shut in the face of the casual racism she experiences. But when another Taiwanese family moves to town and Chase Yu starts at her school, she finds herself drawn to him despite everyone’s unsurprising expectation that they belong together. Ali and Chase begin pushing back against convention and racism, but are challenged even more when Ali discovers that her family and Chase’s are connected by a secret. 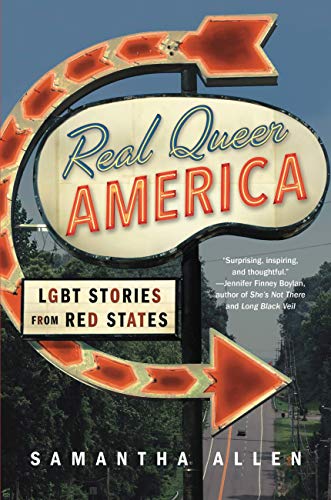 This is one of my favorite reads of 2019. It’s part memoir, part investigative journalism, and part road trip journal. Allen, a trans woman, decides to take a summer road trip across the U.S. and interview real LGBTQ+ people in rural areas and conservative communities about what life is really like for LGBTQ+ people who don’t head for the big city the second they turn 18. What she discovers about rural queer communities, their struggles, and their resilience may surprise you—because many of them have no intention of going anywhere. This is a really eye-opening book that tours Utah, Texas, Indiana, Tennessee, Georgia, and Florida, and is a must-read. 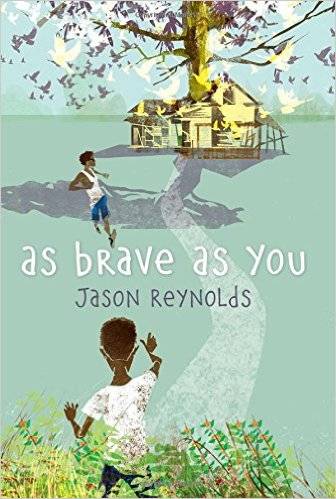 As Brave As You by Jason Reynolds

Genie and his brother Ernie are doing something brave and exciting—they’re leaving their Brooklyn home to go stay with their grandparents in the country for the first time. Rural Virginia is a whole new world for their brothers, but they’re shocked when they figure out that their capable Grandpop is blind. Genie figures Grandpop must be the bravest person ever to hide this, but when Grandpop begins saying certain things about what it means to be brave and to be a man, Genie and Ernie will have to figure out for themselves what true bravery means. 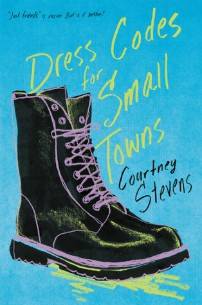 Billie is the tomboy daughter of the local preacher, and considering her dad’s status in the community, she has a lot of expectations to fulfill. Luckily for her, she has a solid group of friends who have her back, from inadvertently setting a fire to the youth room to puzzling out her complicated identity. When she realizes she has crushes on both a male and a female friend, the pressure for Billie to figure out her identity mounts, and she is torn between following her heart and taking a stand in her community. 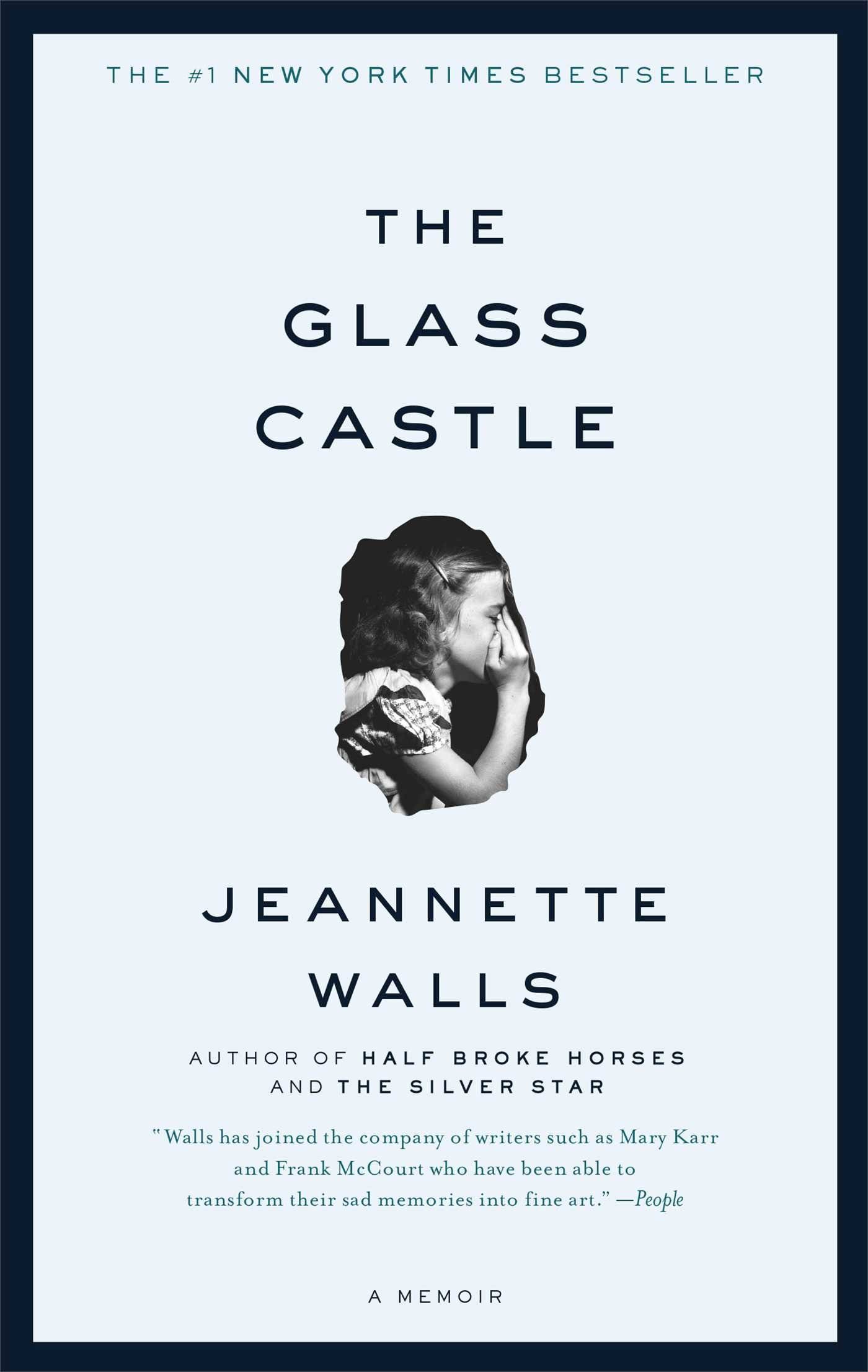 The Glass Castle by Jeannette Walls

This memoir about Walls’s experience growing up with mercurial parents who gave their children complete freedom (sometimes to their peril) is mostly set in rural communities. Walls spent her childhood moving from small town to small town, with an occasional urban interlude, following her parents as they were unable to hold down jobs, until Walls and her siblings were able to make their escapes to New York City. It’s an incredible story of resilience, but it’s also a sobering account of how social services failed the Walls children, and how living in isolation and small towns alienated them even further—but they were not without kindness or unique opportunities that ensured their survival. 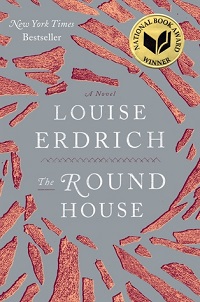 The Round House by Louise Erdrich

Set on the Ojibwe reservation in the late 1980s, this book is about what happens when a horrible crime is committed, leaving Geraldine Coutts traumatized and unable to fully articulate what happened to her. While her husband seeks justice through the tribal justice system, her 13-year-old son and three friends set out on their own quest for answers, an investigation that takes them first to the Round House and beyond. This is a story about the tangled politics of justice in the Ojibwe Nation, complicated by colonization and U.S. interference, but also a coming-of-age story as a community is shattered by an act of violence. 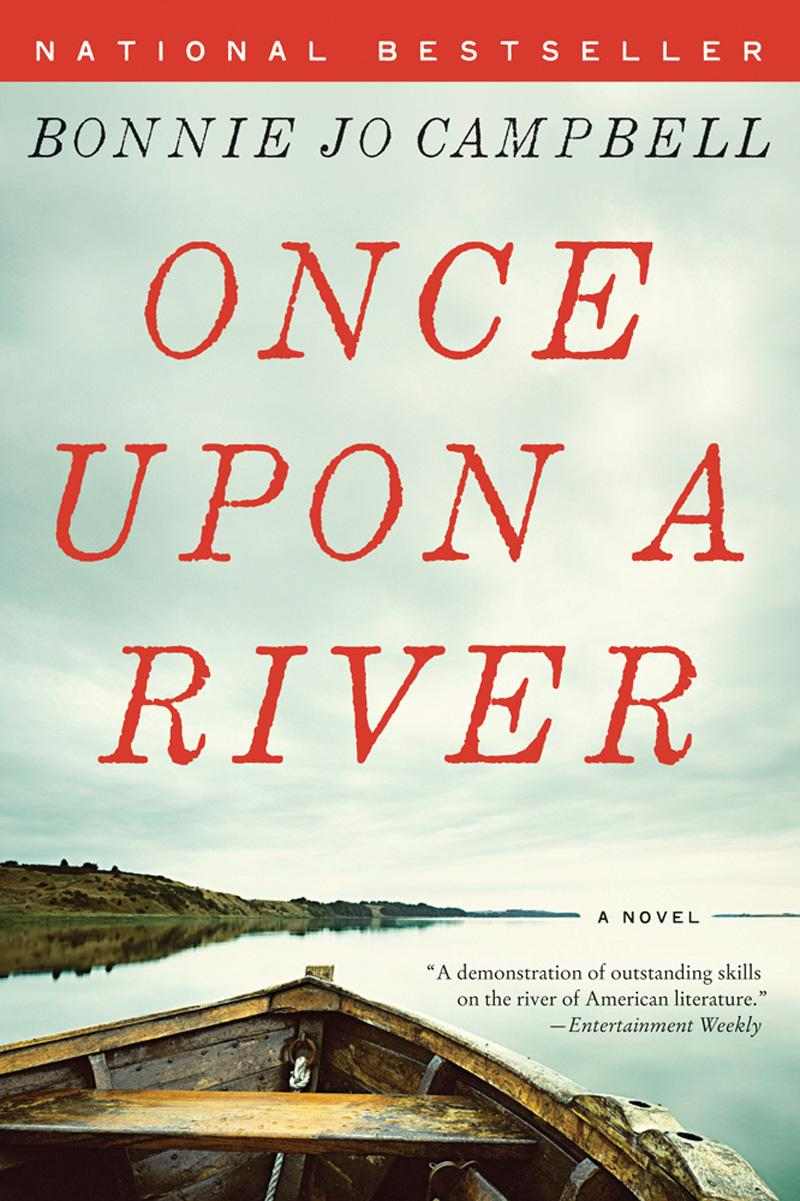 Once Upon a River by Bonnie Jo Campbell

At 16, Margo Crane is already much tougher than most grown men—she’s had to be, thanks to her upbringing. When her father dies, Margo takes her gun and boat and sets out on the Stark and Kalamazoo Rivers in rural Michigan, searching for her mother. But life isn’t easy for a teenage runaway, let along a teen girl on her own, and it will take all of Margo’s grit to survive. The book was made into an indie film in 2019, but as of this writing it has not found a distributor yet. 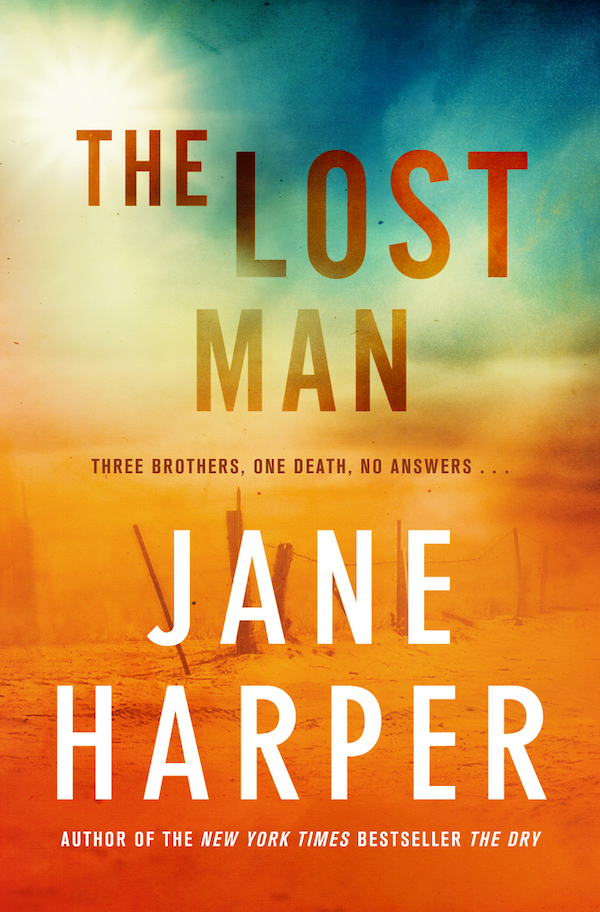 The Lost Man by Jane Harper

If you want to take “rural” to new extremes, pick up this mystery about three brothers who own and operate remote cattle stations in the Australian outback. When one brother is found dead in between family property lines, the oldest brother will have to return to his childhood home and face the truth about his humiliating past, and subtly investigate who might have wanted his brother dead in the middle of nowhere, where there are so few suspects. 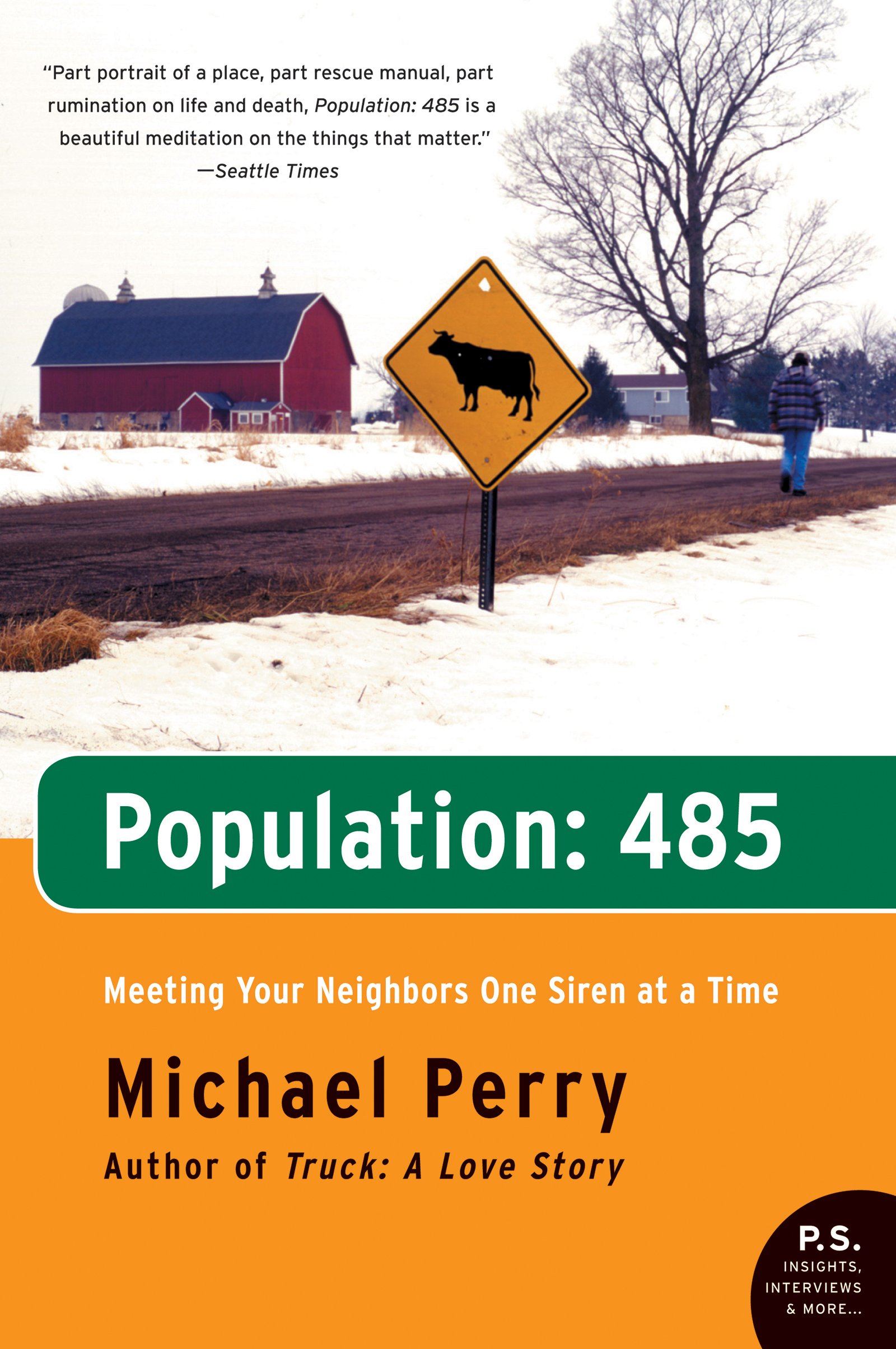 Population 485: Meeting Your Neighbors One Siren at a Time by Michael Perry

Mike Perry grew up in the small town of New Auburn, Wisconsin, but after ten years away, he might as well be an outsider once more. So, he decides to join the volunteer fire department—what better way to serve the community, get to know his new neighbors, and earn the trust of this small town? Through sometimes comedic, sometimes heartbreaking stories, Perry paints the picture of a small town he loves from a unique perspective—that of someone who grew up, left, but ultimately returned home. 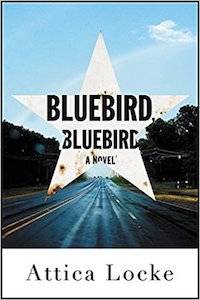 Darren Matthews is a Texas Ranger, and he is a Black man, which sometimes causes some serious tension in his life. After responding to another Black man who needed help from a white terrorizer, he’s been suspended and his life is in limbo—does he continue in the Texas Rangers, or go back to law school? Then, a friend asks him to look into a peculiar set of murders in a small town in East Texas—a Black man and then a white woman were murdered. As he looks into the small town secrets, he has to confront his own complicated problems. 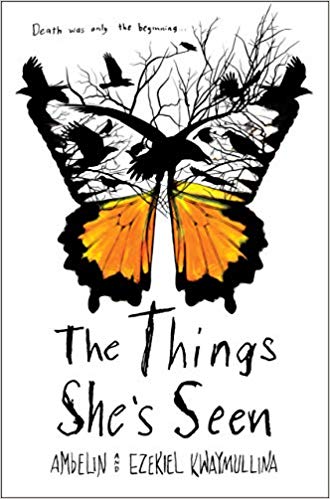 Beth Teller is a ghost. She died in a car accident, and now she spends her time lingering in the real world, where only her grieving detective father can see her. Beth wants her dad to find a way to move forward, and she thinks she knows how—he needs a new case. And the perfect one arrives when a home for orphaned and delinquent children burns to the ground in a small town. They head out to investigate, with no idea that what they discover will have implications for Beth’s abilities to move on. This is a gorgeously told novel about Aboriginal beliefs, grief, and the power of uncovering the truth.

What book(s) will you read for this challenge? Share your titles with us on social media, and don’t forget to check out the other challenges in the Read Harder 2020 Challenge!