Marvel Comics is one of the most recognizable names in comics. Thanks to them, superheroes like Spider-Man, Black Panther, and Captain Marvel exist, in addition to groups like the X-Men, Guardians of the Galaxy, and The Avengers.

The comics characters are beloved by fans of all ages. Who hasn’t seen someone wearing a Marvel costume during Halloween, for example? Or at a comic convention? Fans of Marvel are often also passionate about the rivalry with DC Comics, debating the merits of each and why Marvel is the best.

While the die-hard fans probably already know the ins and outs of Marvel Comics and the Marvel Universe, there are useful tidbits of information for the casual viewer or reader in this introduction.

The Birth of Marvel Comics

The history of Marvel Comics goes all the way back to Timely Comics, created by Martin Goodman in 1939. Among the superheroes that were introduced early on were the Human Torch and Captain America. However, by the early 1950s, superheroes were no longer as cool, and Goodman mostly focused on Atlas magazines, focusing on humor, science fiction, etc.

According to Encyclopedia Britannica, DC Comics successfully published superhero comics. Atlas Magazine then became Marvel Comics and the two companies engaged in a superhero rivalry; this started in the early 1960s.

Legendary creators from the early days of Marvel include Jack Kirby, Stan Lee, and Steve Ditko. Notably, Lee would go on to make cameos in many Marvel movies.

Ultimately Marvel went through some hardships and filed for bankruptcy in 1996. Afterwards the company got out of bankruptcy and kicked their movies into high gear under Marvel Studios. The Walt Disney Company owns Marvel since 2009, and has released many superheroes movies since like the Guardians of the Galaxy franchise, Ant-Man, Captain Marvel, and the Thor franchise. 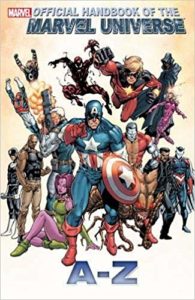 As the name suggests, the Marvel Cinematic Universe is a shared universe that Marvel Comics superheroes exist in, on film.

Some of the actors that portray these legendary characters are Chadwick Boseman as Black Panther; Tom Holland as Spider-Man; Robert Downey Jr. as Iron Man; Brie Larson as Captain Marvel; and Natalie Portman as Mighty Thor.

If you’re a new fan, this universe may seem complicated. You can take a look at a timeline of the Marvel Cinematic Universe (or MCU) here. This timeline goes up to the summer of 2019.

Upcoming Marvel Studios movies under Disney include Black Widow, the second Black Panther movie, and new Thor and Guardians of the Galaxy installments. 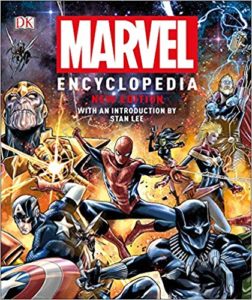 The World of Marvel Merchandise

Beyond the comics, films and shows, there is a lot of merchandise that fans can enjoy. There is a whole world (or universe) of Marvel products, such as  apparel, action figures, posters, suitcases, and more; these are common picks. But there are also unique types of merch, that shoppers looking for something out-of-the-box can buy.

An interesting place to shop for merch could be the Marvel Alterniverse Store at Universal’s Islands of Adventure in Orlando. There is the option of meeting Marvel superheroes like Spider-Man at the theme park and having a dinner with Marvel characters.